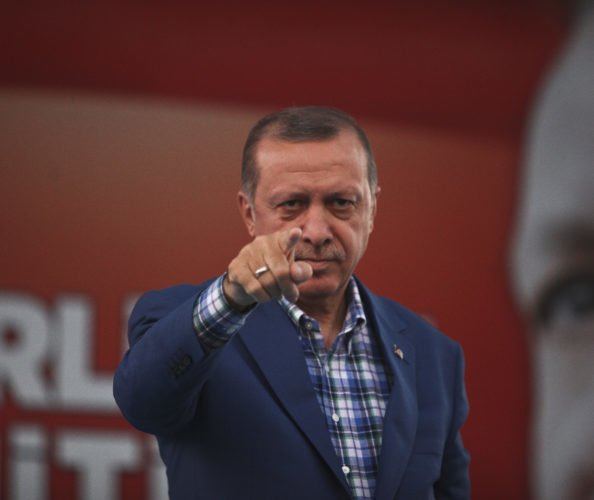 Turkish President Tayyip Erdogan threatened Turkish Cypriots with repercussions after a court in the breakaway state terminated the teaching of the Quran in schools.

According to the Turkish Cypriot news agency, TAK, Erdogan said the president of the court must quickly rectify his mistake.

“If he does not, the steps we will take will be different in the next period, they should know that too,” TAK quoted Erdogan as saying.

The decision, published on Friday, followed an appeal against granting a “religious affairs committee” the authority to decide the curriculum.

The court upheld the appeal, finding that it was in violation of a provision relating to secularism and another that said religious education was administered by the state.

Earlier, the Turkish presidency’s head of communications, Fahrettin Altun, censured the decision, suggesting it was a superficial interpretation of secularism and a “step towards the abolition of fundamental rights and freedoms.”

Altun said secularism guaranteed the freedom of religion and could not be used as a means of banning religious education.

“However, the Jacobins (famous political group of the French Revolution, which became identified with extreme egalitarianism and violence; led the Revolutionary government from mid-1793 to mid-1794) used secularism to suppress religious values and our cultural wealth,” he said.

Altun said it was a wrong decision that threatened the existence and unity of Turkish Cypriots.

“This judicial coup against the freedom of religion and beliefs that are guaranteed by democracy cannot be accepted,” he added. “It is everyone’s duty to show respect to democracy by reacting to this decision that raises suspicions as to the objectives it serves.”

“We safeguard the independence of justice like the apple of our eye,” Erhurman said.

The chairman of the People’s Party, Kudret Ozersay said certain comments were hasty and damaging for Turkish Cypriot justice,

The head of the Turkish Cypriot administration Ersan Saner said Quran lessons would continue after the necessary amendments were made.

Paths to paradise: 10 of the world’s most beautiful hikes