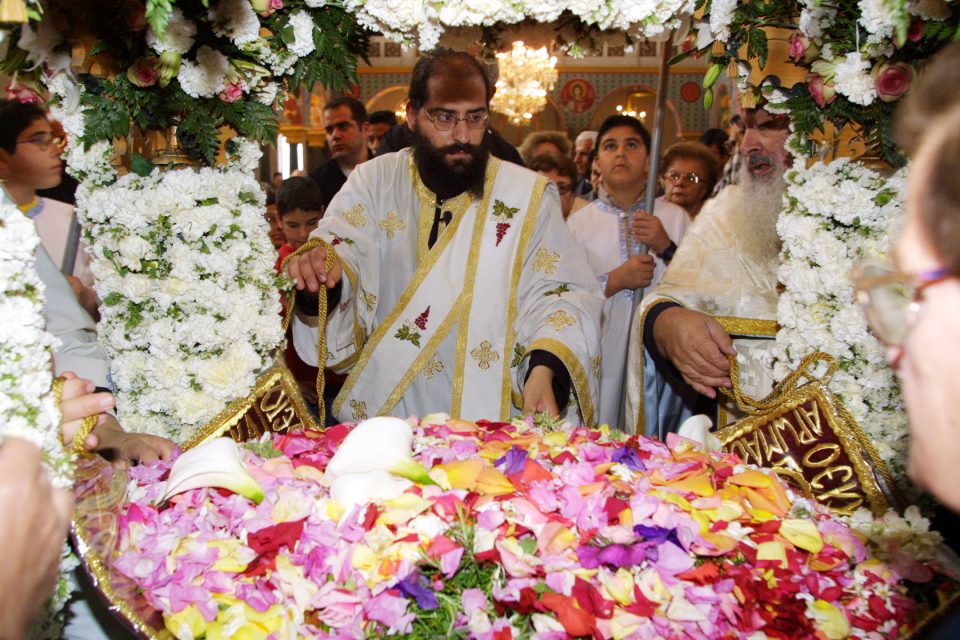 A packed church at Easter

Bishops have slammed the government’s measures for Holy week and have said on Saturday they will proceed with church services as normal.

The Church is not bound by the new restrictions during the Holy week, because “we observe all the precautionary measures inside churches”, Bishop Georgios of Paphos told the Cyprus News Agency.

According to the latest decree, people will be able to attend church services throughout Holy Week although only 50 churchgoers will be allowed inside the church.

“Paphos churches will operate as normal, with services ending early so people can get home on time before the 9pm curfew,” he said.

“We will not ask anyone to leave the church, but we will be supervising to make sure they keep their distances and wear masks,” he continued.

Those allowed to attend mass inside the church must present a vaccine certificate dated back at least three weeks, while those who are unvaccinated can follow the service in the church courtyard.

To this, the bishop responded that “we will not be limiting access to the church to those who are 70 and over”. These age groups are more likely to be vaccinated than others. “Church is for everyone, young or old,” he emphasised.

He also complained that the imposition of the measures just before Holy Week feels like a targeted move aimed at the religious world.

At the same time, when the measures were first announced, Famagusta Bishop Vasilios called them “careless” in a written announcement, casting doubt on the effectiveness of the vaccines. “If they work to limit transmission then can people sit side by side? Or are the experts lying?”

However, after they were reviewed following an intervention by the Archbishop – previously congregants were only allowed in church on Easter Saturday – Vasilios said that the 50-person limit will be effective in limiting overcrowding while allowing people to go to church.

According to CNA, Kiti Bishop Nektarios is in correspondence with the Archbishop as he is not in agreement with the measures.

Lockdown blues revisited: escaping the tyranny of our negative thoughts