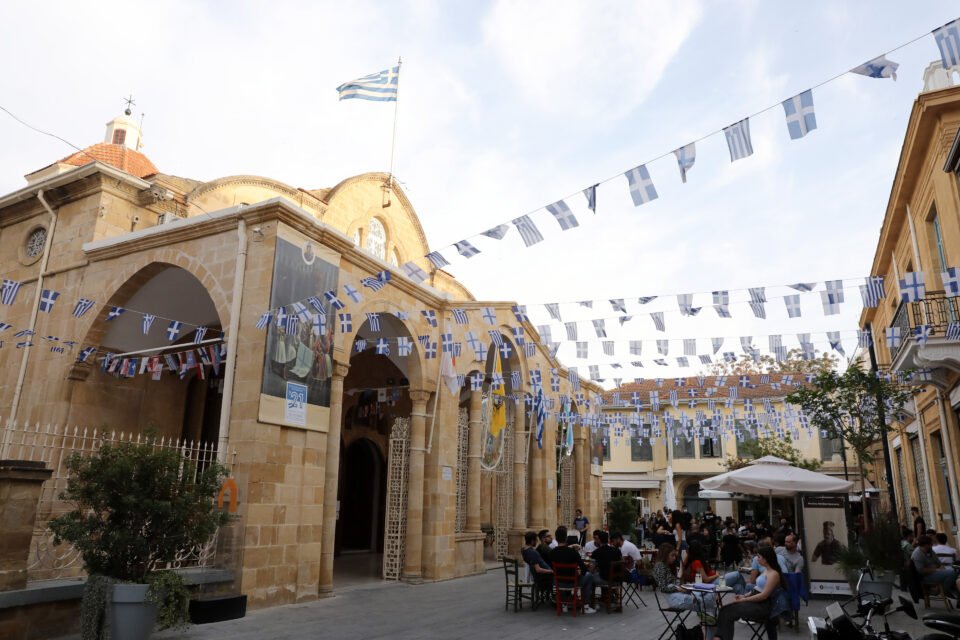 Prominent lawyers came out guns blazing on Monday over the government’s intention – not law for the moment – to impose what effectively amounts to a domestic Covid pass after May 9, with one attorney calling the idea “Orwellian”.

In issuing his latest decree on April 23, bringing in a third lockdown from April 26 to May 9, Health Minister Constantinos Ioannou also stated that as of May 10 the decree measures will be lifted and the arrangements in force will be reinstated, provided that in gathering places – dining areas, meeting places, gyms, retail shops, theatre – visitors must carry a rapid test or PCR valid for 72 hours, or else have been vaccinated with at least the first dose of the vaccine three weeks before or to have been infected by the Covid-19 during the last three months.

Effectively this amounts to needing proof of immunisation or of testing negative for Covid to get around.

Appearing later on Sigma radio, Clerides clarified that the Covid pass “are merely thoughts. They are not included in decree number 14 of 2021 issued last Friday.

“They are thoughts about what will happen after May 9 when the lockdown ends. The thinking is to apply the institution of the EU Green Pass – that will apply for overseas travel – to movement within a country, domestically. So for instance for someone to go to the kiosk or the grocer’s to buy their cigarettes or a bottle of milk. These are very extreme measures should they be enforced, I hope not, and I hope that by the 9th of May wiser minds shall prevail.”

He added: “It’s like shooting sparrows with a cannon.”

The lawyer said the idea went beyond the principle of proportionality and reason.

The interviewing journalist then asked whether the logic is not the same as someone driving drunk, putting everyone else at risk.

Clerides replied: “This [someone being an infection risk while moving around] is a theoretical scenario – whereas in the case you mentioned, it’s not at all theoretical because when you drink over the limit it is known to everyone that you are not in a state to drive and therefore you are a public danger. But that doesn’t mean that all of us carry the virus and should do all these extreme measures, such as vaccinations. It’s very different.”

He urged the government to reconsider and revise its thoughts for after May 9 – and to do it now.

“With the same rationale, I imagine, we’ll have to go vote on May 30 with these [Covid] certificates. So let them say that openly, and we’ll see how many will go vote.”

The attorney said the bar association has repeatedly written to the health minister, asking that he include a lawyer on the epidemiological advisory team.

The minister never bothered to respond.

Asked about this, member of the scientific advisory team Petros Karayiannis rejected the idea out of hand.

“We don’t need lawyers on the advisory team. I cannot listen to this legalese right now. The community is in danger. These are the tools at our disposal, and we if we don’t wish to use them then we deserve what we get.”

Karayiannis said vaccination is not mandatory, and that those not wanting to get the jab could present a negative test.

Meantime the bar association’s human rights sub-committee convenes on Tuesday to discuss the issues arising from the health minister’s latest decrees, and particularly the references to the need for immunisation to access retail shops among others.

Expressing his own opinions, the sub-committee’s chair Achilleas Demetriades told the Cyprus Mail the broader issue is that the public have lost trust in the government’s handling of the pandemic.

“On the one hand we’ve got dissatisfaction with the content of the decrees, and on the other immunisation hasn’t progressed as it could have,” he said.

Demetriades voiced concern that those in authority have become habituated to ruling by diktat.

“The health minister’s power to issue decrees under the Quarantine Law has been in place since the start of the pandemic, and parliament saw fit not to amend or limit this power.”

And he stressed: “Vaccination is a personal choice and no one should be compelled to do it. Personally I am pro vaccination, but I will stand up for a person’s right to choose for themselves. It’s also a matter of personal privacy, since this concerns your body.”

And the principle would also extend to tacit coercion: “For example, if I’m not allowed to go somewhere without a vaccine, it could be argued it’s an indirect way to force you to get vaccinated.

“For hospital doctors I can see the vaccine is necessary. But if I’m required to have one to go to the kiosk on a Sunday morning, that’s too much. Obviously logic will have to be applied, otherwise the courts are the last resort.”

The attorney described a potential obligation to require a Covid pass to visit establishments as “problematic at the very least.

“And on top of all that, we have the archbishop openly challenging the state by saying neither he nor his flock will observe the latest decree. Let’s see how the police deal with this after the instructions they must already have received.”

Elaborating, Demetriades noted: “It’s all very Orwellian. And I’ve been saying this since last March [2020] when the minister said Cypriot students abroad could not return to Cyprus.”

Weighing in, the Commissioner for Personal Data Protection said no one is required or compelled to produce a certificate of vaccination or the result of a Covid test or any other such documentation.

Employees possessing negative rapid or PCR test results, as part of the decrees concerning the workplace, are under no obligation to present these to their employer – but only to inform their employer verbally of the test result.

Staff having been vaccinated and therefore exempt from undergoing a test for a period of time, will inform their employer accordingly but again are not obligated to produce any documentation.

People having such certificates must however present them to workplace inspectors or police officers conducting checks under the decrees in force. Other than an inspector or police officer, no other person may ask a citizen for any certificate in order to be allowed access or entry to any site, or to request such documentation for any other reason.

Puff sleeves, florals and plenty of whimsy: The prairie trend is back