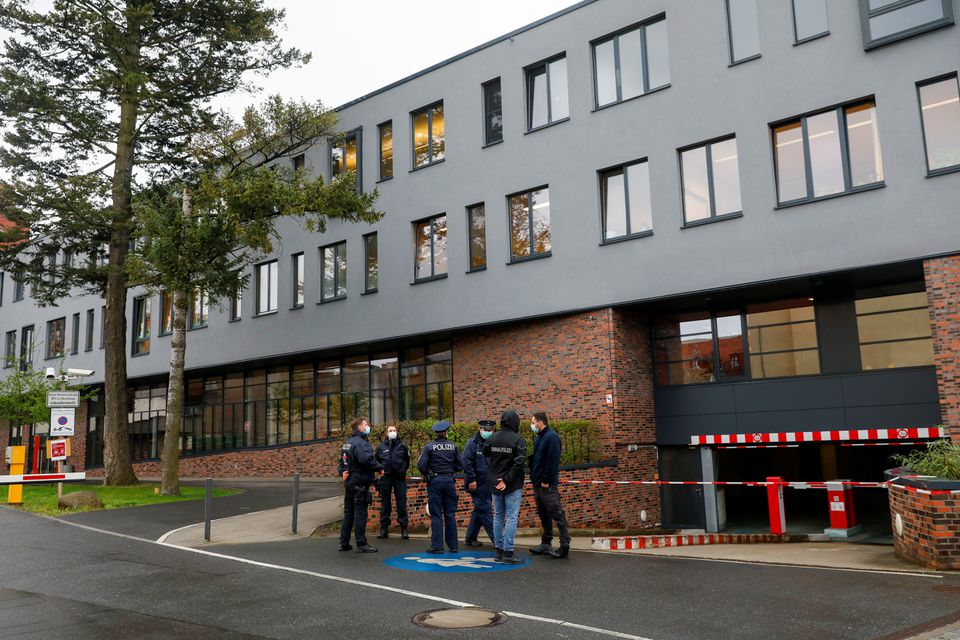 Police officers stand near the Oberlin Clinic, where four people were found dead and another seriously injured

Police in Germany detained a 51-year-old hospital employee and opened a murder inquiry after four people were found dead and another seriously injured at a clinic near Berlin.

Police said they had arrived around 9 p.m. on Wednesday to find people with fatal injuries in several rooms of a ward at the Oberlin Clinic, a specialist orthopaedic hospital in Potsdam, capital of Brandenburg, the state that surrounds Berlin.

“On the basis of the available information, all the victims’ injuries were the result of serious violence by a third party,” the police said in a statement.

The regional Tagesspiegel newspaper said they had been attacked with a knife. It said the victims were patients, some of whom had disabilities severe enough to need respiratory support.

Citing police sources, the newspaper said the suspect had told her husband on arriving home that she had killed people that day, whereupon he called the police.

There was no information regarding any motive.