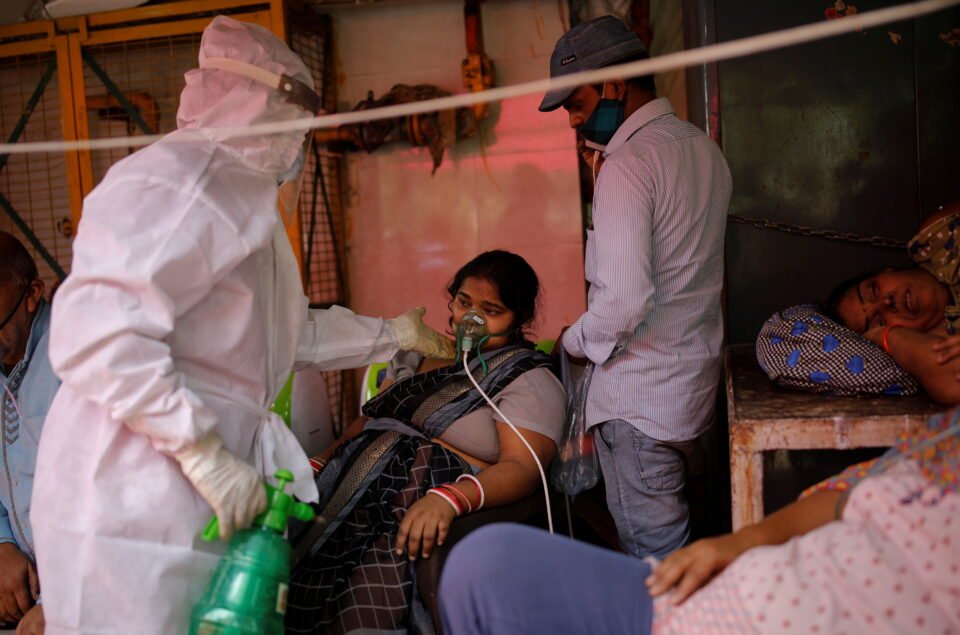 A woman with a breathing problem receives oxygen support for free at a Gurudwara (Sikh temple), amidst the spread of coronavirus disease (COVID-19), in Ghaziabad, India, April 30, 2021. REUTERS/Adnan Abidi

Australian residents and citizens who have been in India within 14 days of the date they plan to return home will be banned from entering Australia as of Monday and those who disobey will face fines and jail, government officials said.

The temporary emergency determination, issued late on Friday, is the first time Australia has made it a criminal offence for its citizens to return home.

The move is part of strict measures to stop travellers to Australia from the world’s second most populous nation as it contends with a surge in COVID-19 cases and deaths.

The restrictions come into effect from May 3 and breaching the ban risks civil penalties and up to five years imprisonment, Health Minister Greg Hunt said in a statement.

“The government does not make these decisions lightly,” Hunt said.” However, it is critical the integrity of the Australian public health and quarantine systems is protected and the number of COVID-19 cases in quarantine facilities is reduced to a manageable level.”

The government will reconsider the restrictions on May 15.

India’s coronavirus death toll passed 200,000 this week, and cases are nearing 19 million as virulent new strains have combined with “super-spreader” events such as political rallies and religious festivals.

Neela Janakiramanan, an Australian surgeon with family in India said the decision to “criminalise” Australians returning from India was disproportionate and overly punitive.

“Indian-Australians are seeing this as a racist policy because we are being treated different than people from other countries who have had similar waves of infection like the U.S., the UK and Europe. It is very hard to feel anything other than targeted as an ethnic group.”

Human rights groups also voiced indignation at the ban, suggesting the government’s focus should be on improving its quarantine system, not on punishment.

“This is an outrageous response. Australians have a right of return to their own country,” Human Rights Watch’s Australia director, Elaine Pearson said in a statement.

“The government should be looking for ways to safely quarantine Australians returning from India, instead of focusing their efforts on prison sentences and harsh punishments.”

Australia, which has no community transmissions, on Tuesday introduced a temporary suspension of direct flights from India until mid-May. However, some Australians, including cricketers Adam Zampa and Kane Richardson, returned via Doha.

Tuesday’s move had left over 9,000 Australians stranded in India, 650 of whom are registered as vulnerable, officials said.

Australia has all but stamped out the coronavirus after closing its borders to non-citizens and permanent residents in March 2020, recording just 29,800 cases and 910 deaths.