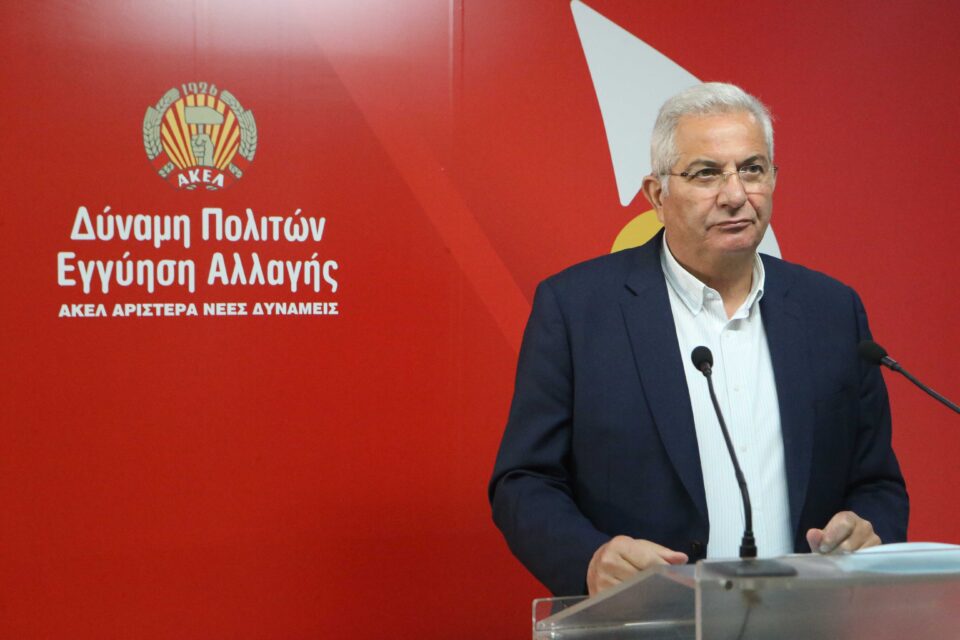 Akel general secretary Andros Kyprianou pledged to continue defending the rights of the working people who are the backbone of the economy and producers of wealth, in a speech on Saturday marking May Day.

Blasting the government for its handling of the pandemic, he expressed disappointment that yet again, May Day could not be celebrated but nonetheless the message remained the same: the fight for workers’ rights is still being fought.

“We fight for the rights of workers for decent working conditions, to defend the collective agreements and to the right to organise, the support of unemployed persons. We fight both in and out of parliament.”

The party called on all working people in Cyprus, Greek Cypriots, Turkish Cypriots, Maronites, Armenians, Latinos and migrants working in the country, to fight back because the way the government chose to fight the pandemic is having terrible consequences on the working people, as well as small and medium sized businesses. “Our country is faced with a new wave of unemployment, poverty and a mass shutdown of small businesses.”

Kyprianou said the pandemic has highlighted the importance of improving public health, rather than letting it fall apart. Additionally, the pandemic has further increased problems society faced but Akel never closed its doors for a day, staying with the people.

A solution to the problems do not come in pre-election gambits but what party positions have consistently been over time. Akel is present and “a steadfast defender of the needs of the people and workers. It fights for these both in and out of parliament,” along with its union Peo.

The party is working towards creating a mechanism to establish a minimum wage and rights where collective agreements do not exist, and ensure their proper implementation, Kyprianou said, along with funding rent based on socioeconomic criteria for people who do not own a home and covering cost of childcare based on income.

On the Cyprus problem, the general secretary outlined the situation was extremely dangerous and difficult with the only encouraging development of the recent Geneva talks that the UN general secretary said a two state solution would not be accepted by the international community.

U.S. citizens were among those killed in Israeli festival disaster