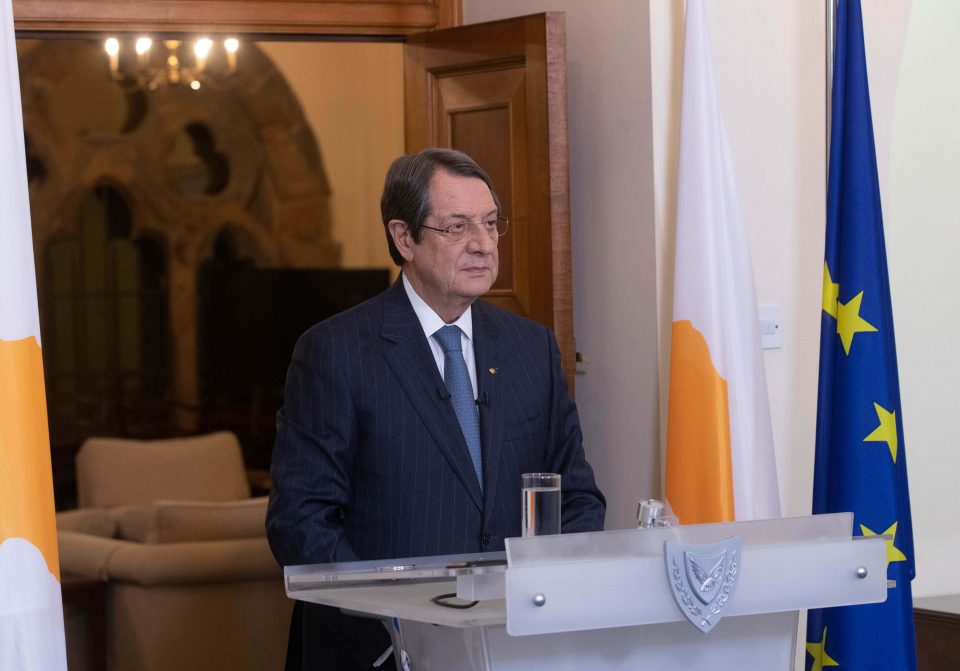 For the second year running, President Nicos Anastasiades told locked-down Cypriots he hoped this would be the last Easter that was overshadowed by the pandemic.

In his Easter televised address on Sunday night, he also took a swipe at Turkey and the “arrogance of those who envision a new Ottoman empire” that was recently witnessed at the Cyprus talks in Geneva.

“At the informal Geneva summit, Turkey and the Turkish Cypriot leadership recorded a new ‘historic’ performance, as they called it,” said Anastasiades.

“In defiance of the UN Charter, UN resolutions and decisions, in defiance of the EU, they asked the UN Secretary-General to become an accomplice to their own illegal actions, claiming recognition of the sovereignty of the subordinate of Turkey.”

The president said this claim was not only contrary to international law and the UNSG’s mandate but was also contrary to the wishes of both Greek Cypriots and Turkish Cypriots.

He went on to say how he had opposed all of this during the Geneva meeting, which failed over three days last week to find common ground for new negotiations.

He said he wanted to make it clear in all directions that as much as the Greek Cypriot side wants an honest compromise, “we are just as determined to reject any proposal or attempt to legitimise Turkey’s actions”.

To pursue a peaceful option, Cyprus would take advantage of every European and international means and mobilise every friendly country. He would be briefing EU leaders on the new Turkish challenges, he said.

“In the coming weeks we will launch an international campaign on the need to respect and implement the decisions of the Security Council and the terms of reference of the UN Secretary-General,” Anastasiades said, adding that he hoped for the full support of the political parties in this.

Addressing the Turkish Cypriots, he said the status quo was unacceptable for both communities. “The bottom line is that it does not lead to a solution in which, together as European citizens, we can enjoy the benefits of peace, security and prosperity,” he said.

“That is why, with all due respect, I call on you to unite to fight for our homeland, Cyprus which we both love.”

On the pandemic, Anastasiades said it was another battle, one for health and survival but thanks to the scientific community, it was a battle that Cyprus was winning, and the trials that people have been going through would soon be “a nightmare of the past”.

But this did not mean complacency, he said, urging vaccinations as the solution as it has now been “universally accepted” that it was the most effective weapon.

The president sent his wishes to those who lost loved ones and those who were still in hospital at Easter. He also paid tribute to healthcare workers.