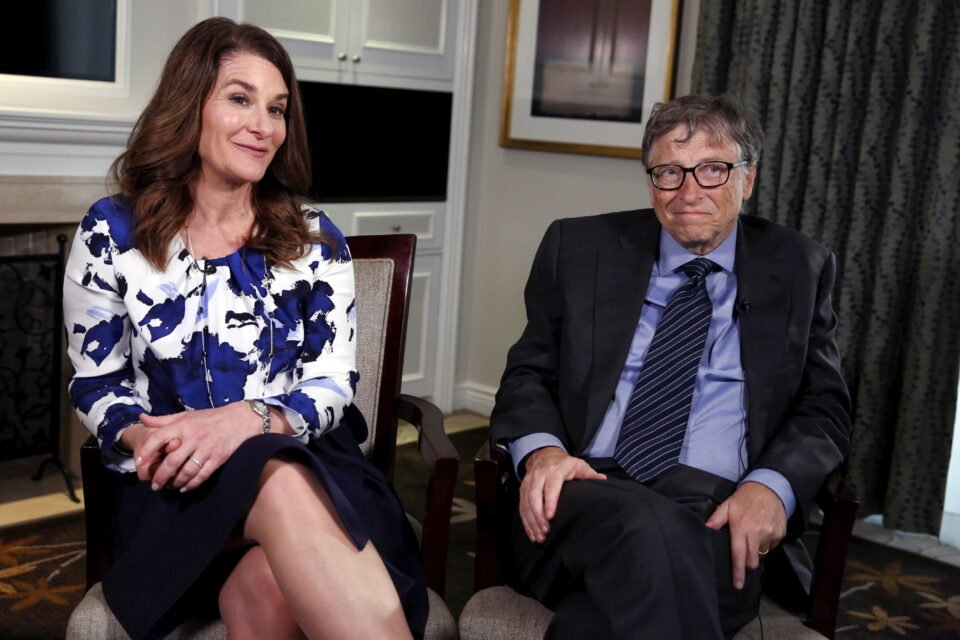 Billionaire benefactors Bill and Melinda Gates, co-founders of one of the world’s largest private charitable foundations, filed for divorce on Monday after 27 years of marriage but pledged to continue their philanthropic work together.

The Bill & Melinda Gates Foundation has become one of the most powerful and influential forces in global public health, spending more than $50 billion over the past two decades to bring a business approach to combating poverty and disease.

The Gates have backed widely praised programs in malaria and polio eradication, child nutrition and vaccines. The foundation last year committed some $1.75 billion to COVID-19 relief.

In a joint petition for dissolution of marriage, the couple asserted their legal union was “irretrievably broken,” but said they had reached agreement on how to divide their marital assets. No details of that accord were disclosed in the filing in King County Superior Court in Seattle.

Bill Gates, 65, who co-founded Microsoft Corp, and his spouse, Melinda French Gates, 56, met after she joined the software giant as a product manager, and they dated for a few years before marrying in January 1994 in Hawaii.

“After a great deal of thought and a lot of work on our relationship, we have made the decision to end our marriage,” the two said in a joint statement posted on each of their individual Twitter accounts.

“We no longer believe we can grow together as a couple in the next phase of our lives. We ask for space and privacy for our family as we begin to navigate this new life,” they said.

The divorce petition, which states that the couple have no minor children, comes after the youngest of their three offspring recently turned 18.

Launched in 2000, the nonprofit Bill & Melinda Gates Foundation ranks as the largest private philanthropic foundation in the United States and one of the world’s biggest, with net assets of $43.3 billion at the end of 2019, according to the latest full-year financials shown on its website.

From 1994 through 2018, the couple gifted more than $36 billion to the Seattle-based foundation, the website said.

Last year, investor Warren Buffett reported donating more than $2 billion of stock from his Berkshire Hathaway Inc to the Gates Foundation as part of previously announced plans to give away his entire fortune before his death.

‘NO CHANGES TO THEIR ROLES’

In their divorce petition, the couple asks the court “to dissolve our marriage” and to divide their communal property, business interests and liabilities “as set forth in our separation contract,” though that accord was not made public.

Bill Gates is ranked No. 4 on the Forbes list of the world’s wealthiest individuals, with an estimated $124 billion fortune.

In a separate statement, the Gates Foundation said the couple would remain as co-chairs and trustees of the organization.

The split comes two years after another leading Seattle-based billionaire and philanthropist, Amazon.com Inc founder Jeff Bezos, said that he and his then-wife, MacKenzie, were getting divorced.

At least one critic of billionaire benefactors cited the Gates‘ split as a cautionary tale in the wisdom of concentrating so much sway over global humanitarian issues under the control of super-wealthy individuals.

“The Gates divorce will do more than upend a family’s life. It will ramify into the worlds of business, education, public health, civil society, philanthropy, and beyond,” Anand Giridharadas, author of the book “Winners Take All” told Reuters.

“That is because our society has made the colossal error of allowing wealth to purchase the chance to make quasi-governmental decisions as a private citizen,” he said.

Gates dropped out of Harvard University to start Microsoft with school chum Paul Allen in 1975. Gates owned 49% of Microsoft at its initial public offering in 1986, which made him an instant multimillionaire. With Microsoft’s explosive growth, he soon became one of the world’s wealthiest individuals.

After an executive tenure in which he helped transform the company into one of the world’s leading technology firms, Gates stepped down as CEO of Microsoft in 2000 to focus on philanthropy. He remained chairman until 2014 and left the company’s board in March 2020.

Known in the technology industry as an acerbic and ruthless competitor, Gates drew the ire of rivals and eventually the U.S. government for Microsoft’s business practices.

The software giant was convicted of antitrust violations in the late 1990s. But the verdict was overturned on appeal, and the company then settled the case out of court.

Gates‘ public persona softened into an avuncular elder statesman as he turned his attention to philanthropy, and he has largely steered clear of the many controversies currently roiling the technology business.

Melinda French Gates, who recently added her maiden name on most of her websites and social media, was raised in Dallas and studied computer science and economics at Duke University before joining Microsoft.

In 2015 she founded Pivotal Ventures, an investment company focused on women and families, and in 2019 published a book, “The Moment of Lift”, centered on female empowerment.

Wealth and philanthropy of Bill and Melinda Gates

Bill Gates is the world’s fourth-richest person with a net worth of $130.5 billion, according to Forbes.

Gates dropped out of Harvard University to co-found technology giant Microsoft with school friend Paul Allen in 1975. Gates owned 49% of Microsoft at its initial public offering in 1986, which made him an instant multi-millionaire.

With Microsoft’s explosive growth, he soon became the world’s richest person. He has since lost that title, partly by donating money to philanthropic causes. He was also overtaken due to growth at other companies. Amazon.com Inc founder Jeff Bezos and Tesla Inc Chief Executive Elon Musk are No. 1 and 2 on the Forbes wealth list.

The couple established the Seattle-based Bill & Melinda Gates Foundation in 2000. It is one of the world’s largest charitable organizations, with a focus on public health, education and climate change.

Its grants included some $1.75 billion to vaccine initiatives, diagnostics and research during the coronavirus pandemic.

The foundation ended 2019 with net assets of $43.3 billion, the last full-year financials disclosed on its website.

The foundation spent $5 billion in 2019 on programs in the United States and around the world, excluding management costs.

The couple, who have three children, have a custom mansion with a 2020 assessed value of $130.8 million, according to the King County Department of Assessments, on Lake Washington, which lies between Seattle and its eastside suburbs including Redmond, where Microsoft is headquartered.

The financial details of their split remain unclear. They are seeking division of joint assets, according to a separation agreement they have reached, filed in King County Superior Court.

As one of few community property Washington state law presumes that most property acquired over the course of a marriage belongs jointly to the spouses and is divided equally in a divorce.

The spouses can also agree that certain assets are separate property, meaning they belong to one of them. Inheritances often fall in this category.