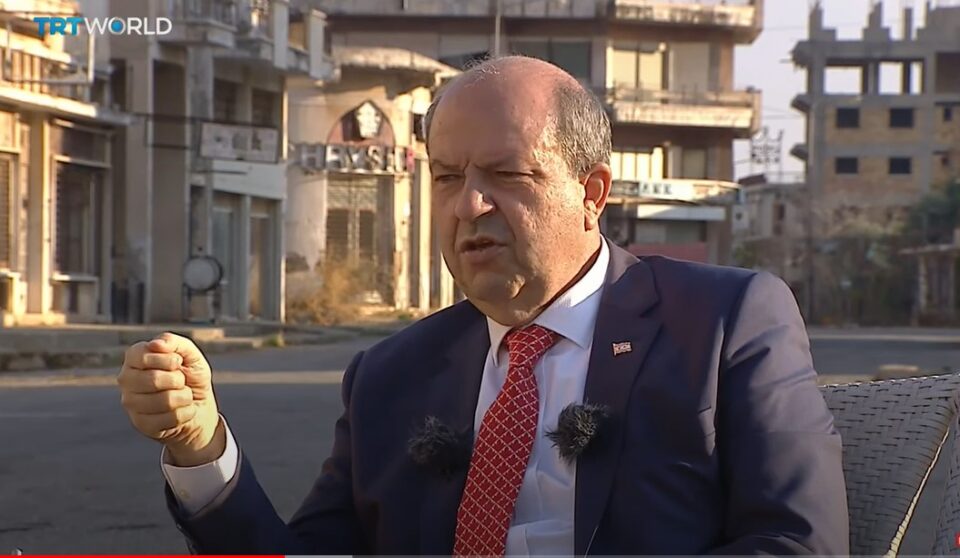 Turkish Cypriot leader Ersin Tatar said he would return his Cypriot ID and passport if he could after it emerged he too was a registered citizen of the Republic of Cyprus.

Daily Avrupa on Wednesday reported that Tatar and ‘prime minister’ Ersan Saner have RoC citizenships. The daily, that also published a photo of a RoC passport with Tatar’s photo, pointed out that though both are citizens they were both outraged when President Nicos Anastasiades called the Turkish Cypriots his compatriots during his Easter message last Sunday.

Avrupa also posed the same question as Anastasiades, who on Tuesday in response to Tatar’s accusations that he insulted Turkish Cypriots by calling them his compatriots, asked whether 97,000 people in the north, holders of the RoC IDs and passports, ought to be ashamed.

“Answer Ersin, are you ashamed? How about you Ersan? Are you ashamed? If you are ashamed, burn them,” Avrupa’s editor and publisher Sener Levent wrote. He also wrote that Tatar had acquired the RoC passport in June 2000, three years before the crossings opened, through acquaintances in the south.

Politis, citing information, reported on Wednesday that the number of Turkish Cypriot holders of RoC ID cards is much higher, at around 160,000. Around 120,000 Turkish Cypriots hold other documents of the RoC such as passports and birth certificates. Citing the same sources, the paper reported that nine of the 11 ‘cabinet’ members in the north and most of the members of the Turkish Cypriot delegation that escorted Tatar to Geneva last week, were holders of RoC passports.

“If there is a way, I will return it,” Tatar told Kibris Postasi TV on Wednesday morning. The Turkish Cypriot leader said he had never used his RoC passport and that he had one because he was born prior to 1974.

Taking a swipe at Anastasiades’ comments on Tuesday about the number of Turkish Cypriots who hold a RoC passport, Tatar said that that Anastasiades meant ‘you took the ID, so you are now my subordinates’.

Tatar also said that Turkish Cypriots, whom he called as his “people” said that they need to use these passports to have free movement.

“Unfortunately, it is a privilege of the state they (Greek Cypriots) are usurping,” Tatar said.

He asked whether Turkish Cypriots with RoC ID cards live in the south of the island or vote for Anastasiades.

Tatar reiterated the demand for cooperation based on two sovereign states on the island, which, he said, Anastasiades referred to as ‘Ottoman arrogance’ is what the Turkish Cypriots want.