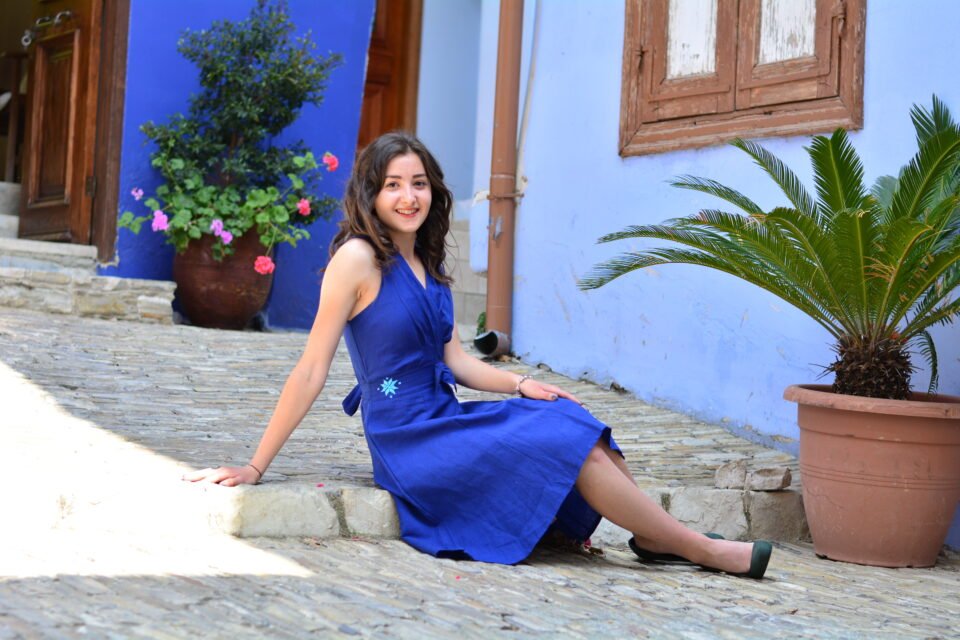 Grampus Heritage and Training is a leading organisation in sustainable development, of which I have been the director for 25 years. It is UK-based but has worked in 30 European and seven African countries. It delivers European Union-supported projects that demonstrate and teach about sustainability and has long had a strong presence in Cyprus.

In around 200 projects, more than 200,000 people have taken part directly. Of course Brexit was a bitter blow but Grampus still has EU projects to complete (8 of them) and has a ‘survival plan’ that includes establishing a branch office in Cyprus (also in Slovakia and Germany).

As former head of the United Kingdom’s National School of Forestry, I initiated collaboration between Grampus and the Forestry Department in Cyprus (specifically the college in Prodromos) in 1997, which still lasts to this day. Over 140 Cypriot foresters have done some training with Grampus, in the UK, Germany, Slovakia, Bulgaria and so on.

In 2009, I settled in Cyprus, in beautiful Pano Lefkara, voted one of the most beautiful places on earth (in the top 30). And so, for the last 12 years Grampus has partnered Lefkara municipality and more recently, from 2011, Kato Drys Community Council, led by Muhktar Nikos Vasiliou. The glue that bound it all together was a lace-making lady (pleumistra), Panayiota Demetriou, whose energy and vision, combined with mine has led to great and sustainable things.

Kato Drys joined the ‘Green Village’ project (2009 – 2013), along with 8 other villages in different countries; the purpose was to investigate true sustainability. Emerging from the work was a training course called ‘Sustainable Rural Development – Focus on Culture and Nature’. Now, almost 10 years later about 1,700 trainees, students and teachers have completed elements of the course.

Perhaps the most enduring thing to come from Green Village was a way to reduce impact on the environment through ongoing actions, using environmental resources but not damaging or degrading them and retaining high nature conservation value in terms of biodiversity and protecting threatened (Red List) species.

In all developments, products and processes, the carbon footprint (the amount of carbon released into the atmosphere) is considered, and all persons should work to reduce environmental impact and keep the footprint low. Projects promote local foods and crafts, non-industrialised production, sustainable building, making rather than buying, baskets, not plastic bags, fences and walls without concrete and wire, abundant and variable wildlife, from plants and insects through to birds, reptiles and mammals.

With all the work since 2009, it’s been necessary to adopt some principles – the first is that good environment can only be guaranteed by sometimes accepting less money. Of course this type of thinking has been uncommon in the past and even today, society and even governments don’t readily accept it. An example is industrial agriculture; mass use of herbicides and pesticides has destroyed many rural landscapes and ecosystems; they have been sacrificed to make more money. You can’t eat money! And ultimately, if we kill all the bees or use up all the water and fill all the atmosphere with greenhouse gases, leading to irreversible climate change, mankind could face the ultimate price – the extinction we’ve bequeathed to so many other species.

Let’s take Lefkara lace (Lefkaritika) as an example. It is culturally important as well as having a low environmental impact. For certain using organically grown linen and cotton thread is better than using synthetic thread and linen blended with viscose. The most important element is that it should be made by hand and made in Cyprus. If a machine is used plus synthetic rather than natural fibres it becomes an industrial, not a handicraft product. Environmental credibility slips even further if it’s imported from Greece, or worse still, China.

It is still possible to move with the times. Grampus, Kato Drys and Lefkara and many of the villagers embrace new culture like putting embroidery lace into fashionable clothes or upscaling textile patterns for community street art. If we work hard in art and fashion, we can push up demand and still keep the product and process local.

The days are gone when many pleumistras of various ages, sat together to make lace. The schools of Cyprus have abandoned the teaching of Lefkaritika (such a pity). To push up the sustainability score we must make lace making interesting to younger people. Handmade equals low carbon footprint but in modern Cyprus finding people to make lace is a problem.

Although we don’t grow linen (flax) in Cyprus anymore, we can still get it in Europe – no longer from Ireland but from Italy and Romania, not too many air miles. French DMC thread is still chosen – again, it doesn’t need to come from the other side of the world. Maybe overall, environmental sustainability of traditional Lefkara lace is scoring 6/10.

Economically it’s not too good. Even before the Covid pandemic sales of traditional lace were decreasing; it’s a matter of taste – tablecloths, napkins, bed linen, all are replaced in the modern home with paper tissues, synthetics (high carbon footprint) and disposables.

Moves to put ‘Lefkaritika into fashion’, interior decoration, even jewellery and biscuits, are to be applauded but much more effort is needed. What to do? The government and people of Cyprus need to invest in their own culture, promote sales of contemporised products and maybe, with hard work, get another few environmental points for Lefkara lace!