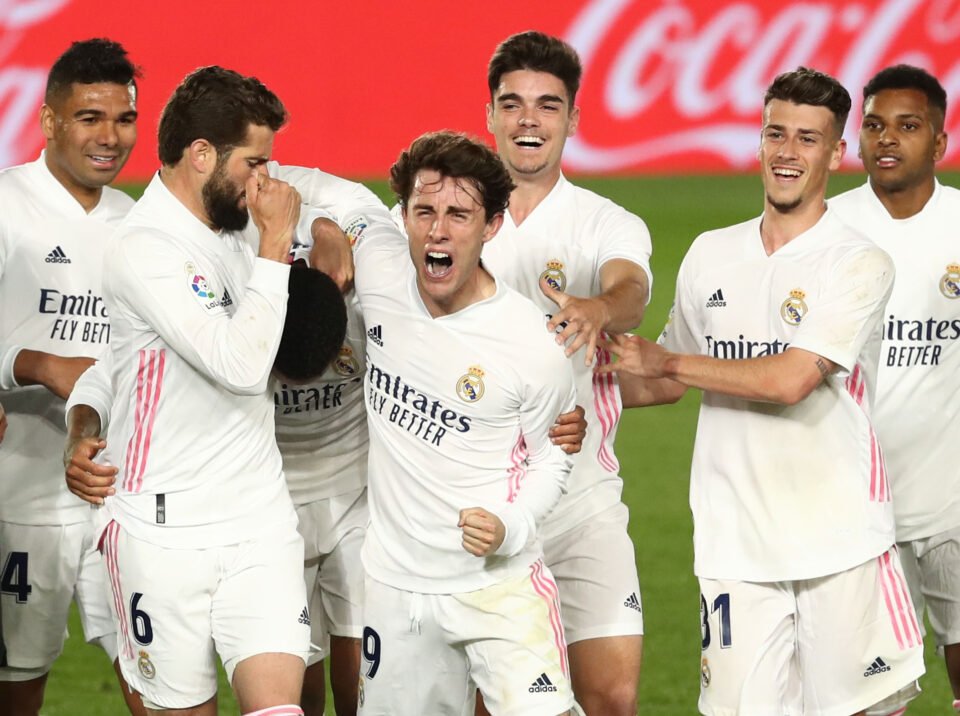 Real Madrid coach Zinedine Zidane said he is constantly surprised by his players’ capacity to overcome difficulties as they set their sights on a fourth Champions League final in six years in Wednesday’s semi-final second leg away to Chelsea.

Real have had the most injuries in La Liga this season but have pulled themselves back into the title race while they have also had to contend without a number of influential players in their run to the last four of Europe’s top competition. “We’ve had a lot of difficulties but you have to take your hat off to this team,” Zidane told a virtual news conference ahead of Wednesday’s decider at Stamford Bridge, where the tie is delicately balanced at 1-1 from the first leg.

“More than anything else, this team has character. And when the going gets tough they always dig in. In my eyes, they are the best. We are exactly where we want to be and it’s fully deserved.”

Real suffered the latest in a slew of recent injury setbacks when centre back Raphael Varane was ruled out with a thigh problem, adding to a list of stricken defenders including Dani Carvajal and Lucas Vazquez.

But Zidane has been boosted by the return of captain Sergio Ramos, who is set to play his ninth Champions League semi-final tie after recovering from injury, plus French left back Ferland Mendy and Uruguayan midfielder Federico Valverde.

He can also finally count on a fully fit Eden Hazard, who was in lively form in Saturday’s 2-0 win over Osasuna and is in line to start at the ground which he called home for seven years before switching from Chelsea to Real in 2019.

“It’s a very good moment for him and I’m certain he’ll help us a lot. He’ll be able to show us his skill and quality,” said Zidane of the Belgian, whose two seasons at Real have been stunted by a series of long-term injuries.

Midfielder Toni Kroos added: “We all know what Eden can give us. He is much better and getting close to his true level. He can help us a lot in a game like this. I don’t know how sharp he’ll be because he has played so little, but he’s always dangerous.”

Chelsea boss Thomas Tuchel singled out N’Golo Kante  ahead of Wednesday’s Champions League semi-final second leg, saying that the Frenchman’s winning mentality is key to their quest for trophies.

World Cup-winner Kante produced a man-of-the-match display as Chelsea secured a 1-1 draw in the first leg in Madrid for a narrow advantage in the two-legged tie.

Kante has been ever present in Chelsea’s midfield this season, making 43 appearances in all competitions, and is expected to play an important role later on Wednesday.

“He’s a top guy,” Tuchel told reporters. “He’s the guy you need to win trophies … that’s why we’re are so happy he’s here and he’s at our club.”

Kante has won the Premier League, Europa League and FA Cup titles since joining the London club in 2016 and Tuchel backed the 30-year-old to add the Champions League crown to his collection.

“It’s a pleasure to watch what he’s doing with the mentality of a real helper … he’ll always give everything to help out on the pitch – it’s a fantastic combination,” former Borussia Dortmund and Paris St Germain manager Tuchel added.

“For me he’s an example … he’s an unbelievable input for any team in the world.”