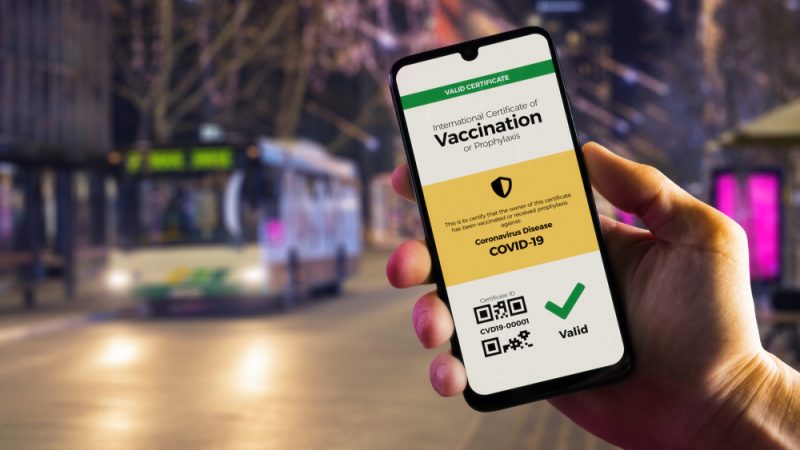 The ‘safe pass’ -the colloquial term for documentation allowing people unfettered access to any venue – will be used “long term” and can be displayed in either electronic or print form, a government minister told the Sunday Mail – as lawyers continued hammering the draconian nature of the measure.

The definition of ‘long-term’ is a year or more. But the issue goes beyond whether the pass is temporary, long-term, or ‘long-term but temporary’ as in ‘not permanent’, which remains to be seen.

News of the ‘safe pass’ – previously ‘coronapass’ – has also raised concerns in the legal profession over a further stripping away of liberties in having to possess proof of non-infection with a disease to go about much of their daily life for both vaccinated and unvaccinated people, and those who have recovered.

Effectively replacing the SMS permission system in place so far, the pass will be in effect from tomorrow with the lifting of the two-week lockdown imposed before Easter. It will be enforced by police.

The pass be required for people to visit cafes, restaurants, shopping malls, gyms, theatres and places of worship. The only retail areas where evidence of health status will not be required will be those involving food purchases, also hairdressers, beauty salons, banks, public sector offices, betting shops, beaches and other parts of nature.

The pass entails either having a negative Covid test carried out within the last 72 hours, or having received at least one dose of a vaccine three weeks prior, or having contracted the virus in the past six months.

Deputy Minister for Research, Innovation and Digital Policy Kyriakos Kokkinos told the Sunday Mail they were working on the digital form and will have a stop-gap measure in place until then.

For Covid tests, a person can simply display the normal SMS they receive after undergoing a rapid test. For the other two cases – vaccination or having contracted the virus – the ministry of research was gathering information from databases.

“We’re going to be working throughout the weekend so that by Monday [May 10] we’ll have identified all these people., to whom we’ll send out an SMS to their phones, which they can then display as and when requested,” he said.

This, he added, will be a ‘crude’, interim arrangement until the government rolls out an actual app expected in early July. The ‘safe pass’ for domestic use will be modelled on the EU’s Digital Green Pass, which is often referred to as a ‘Covid passport’ and is being designed for international travel.

The EU pass, decided after a European Parliament vote on March 25, will include a QR code to secure citizens’ data. Likewise, it’s expected to be operational by the end of June.

Also known as the Digital Green Certificate, this travel document will allow EU citizens to move within the European Union.

Coming back to the domestic ‘safe pass’, Kokkinos said it will be used “long term.” He did not elaborate on whether he foresaw it being in place for weeks, months or years.

Last Thursday, Health Minister Constantinos Ioannou said the Covid certificate or pass system would be a “temporary” fixture, which generally implies weeks or even months.

He told a news conference: “This measure is temporary and will be applied for a transitional period in order to ensure that our travels and social contacts are made as safe as possible for our health and for public health.”

The goal, he added, was to achieve the desired immunity through vaccinations.

This ‘temporary’ tag was also used by deputy government spokesman Panayiotis Sentonas on Friday when he said the safe pass measure would be “temporarily implemented and constantly under evaluation”. “Our goal is to remove the safe pass as soon as possible,” he said, describing a measure whereby the public must prove they are not infected as the “road to freedom”.

With 65 per cent of the population still unvaccinated, many through no fault of their own, pressure will now increase on testing centres as people scramble to get tested more often in order to go be able to eat out or go to the gym over the next couple of months at least until the vaccination programme is further along and testing is reduced.

Ioannou also stated that the responsibility for checking possession of proof will lie not with businesses, but with the police and officials of competent ministries and departments depending on their areas of responsibility.

At the time of writing, the ministerial decree on the new set of measures – including the ‘safe pass’ – had not yet been published in the government gazette – a prerequisite for it to have effect.

Speaking to the Sunday Mail on Friday [May 7] afternoon, cabinet secretary Theodosis Tsiolas said the text of the decree was expected to be finalised by that evening and then published in the gazette.

The new decree has an expiry date of May 31. But, as Tsiolas noted, it could be extended/renewed at any time.

An overnight curfew, between 11pm and 5am, will remain in place.

On the Covid pass itself, Tsiolas said the ministry of research and innovation had been working on it over the past two weeks – coinciding with the timeframe when the health minister first floated the concept.

In the decree’s text, the ‘safe pass’ is referred to as “electronic or printed usage of proof.”

Without being prodded, Tsiolas then offered: “So I don’t understand what all the fuss is about…it was announced about two weeks ago.”

On social media, the commentary over the measure has been split, some welcoming it, others alarmed at its controlling implications. The minister’s assurances it would be “temporary” were met with skepticism and sarcasm. Many believe the measure will become permanent once it’s rolled out digitally.

Christos Clerides, chairman of the bar association, quickly blasted the measure as unlawful and excessive.

In a written comment piece circulated to media, he laid out the flaws in the new system.

“In my view, both the rapid test and the PCR test, which entail intervening in the bodily integrity due to the means with which they are performed, are also quite likely a violation of corporeal integrity It is also my position that the indirect way in which either vaccination, or rapid or PCR tests, are being imposed, is not permissible.

“The precondition for e.g. securing the coronapass, indirectly leads to breaching Article 7 of the constitution regarding the protection of a person’s bodily integrity.”

Such a pass, he went on, will also create a two-tier system: those bearing the pass, and those “who for their own reasons do not wish to be vaccinated or to being submitted to the tests in question as a condition for exercising their constitutional rights.”

Meantime a Nicosia-based law firm is prepping to file a lawsuit this coming week challenging the new measures applying as of May 10 – including the safe pass, the curfew and the mandatory rapid tests.

Yiannos Georgiades, of Y. Georgiades & Associates LLC, told the Sunday Mail the lawsuit incorporates some 60 to 70 plaintiffs – with more possibly added on later.

The defendants named will be: the state, the minister of health, and the entire advisory team on covid.

Broadly, the defendants will be sued for violating fundamental human rights, as well as for negligence – in the sense that the response to the coronavirus has been unwarranted, excessive, and executed without first having conducted a cost-benefit analysis assessing the measures’ impact on society, on many levels – financial and otherwise.

Beyond the lawsuit, the lawyers will petition the court to issue an injunction staying the ministerial decrees until such time as the court delivers a final judgment on the case proper itself.

Georgiades said that once the hearings begin, they will bring expert witnesses from Cyprus and overseas to testify on matters like the low risk posed by covid on a population level.

Regarding the enforcement of the covid pass in the meantime, the attorney opined it might fizzle out in practice.

“I think it’s going to very impractical and difficult to enforce it. What? Will police officers walk into a restaurant, come over to your table and ask you to produce papers, so to speak? And how many people will go along with this?

“At any rate, these are extremely reactionary measures, and they violate every human right imaginable.”

At the start of the year, the UK floated the idea of a ‘freedom pass’ along the same lines, where people would need it to access venues and entertainment and even pubs. Prime Minister Boris Johnson flip-flopped over the issue on several occasions until one government minster said in March there were no “immediate plans” to do so. So far it has not been introduced. Denmark rolled out a ‘Covid passport’ this year and Estonia last month. Israel also rolled out a similar mechanism earlier in the year.