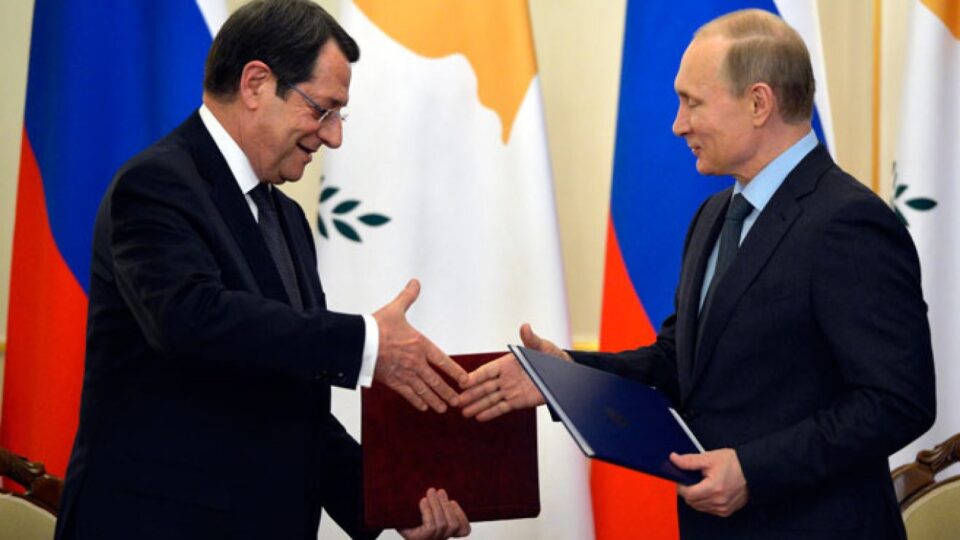 No one can deny the role that Russian investments have had for the Cyprus economy over the years. Our country has been so far a leading option for Russian businessmen who want to expand their activities abroad. There are many reasons for this, which go beyond Cyprus’ favourable tax environment and high level of services.

This relationship, however, has not always been smooth. Especially in these past few years, due to the Russian government’s change of course, the status quo is being re-shaped, and this also affects bilateral relations as we know them.

At the end of last year, a protocol was signed to amend the Double Tax Treaty between Cyprus and Russia. Already since last August, when the Russian Finance Ministry was leaking that “the Cypriot delegation had fully agreed with the terms of the Russian side”, it was obvious what the direction of this agreement would be. It mainly pertains to the increase of taxes on dividends and outbound interest from Cyprus to Russia, to 15%. Essentially, this was a ratification of Russia’s intention to increase tax rates for all those businessmen who were choosing to carry out their activities abroad. In fact, Cyprus was the forerunner of the agreements that followed with Malta and Luxembourg, while The Netherlands, given its entirely different capabilities, is trying to fight back and is still negotiating the terms. On the other hand, despite Moscow’s proclamations that it wants to change all its bilateral double-tax treaties, the revision procedure has become stagnant in certain cases, such as Switzerland. Hence, this has created two – if not more – different tiers of countries, with Cyprus becoming a formerly leading destination that now costs more for investors and has difficulties competing with many of the countries that reached more advantageous bilateral agreements with the Kremlin.

Agreements that are heavily weighted in favour of Moscow

The fact that the new, less advantageous for Cyprus double-tax treaty is not accompanied by a Bilateral Investment Treaty (BIT), may bring about a series of consequences. Cyprus had in fact signed a relevant investment agreement with the Russian Federation back in 1997, which however never came into effect. In 2005, the Russian parliament voted down its implementation, while an objection to it being rejected that was filed in 2008 was never examined. An agreement such as this one – which is similar to others that Russia has signed with other countries – could have functioned as a safety net for investments between the two countries, since among other things, it included provisions on the transfer of funds for investment-related purposes. However, it was never implemented, limiting the benefits for the Cyprus economy, with the tax rate now standing at 15%.

In the absence of a BIT and having at the same time imposed a new tax rate, Moscow is essentially punishing investors who chose to move their activities to Cyprus, putting pressure on them to return home or withdraw from their investments abroad.

The consequences are already evident

Moreover, Russia recently amended its tax code to promote the repatriation of Russian funds. This, together with the fact that the regulatory framework differs from one country to another, often provokes tendencies for large companies to return back to Russia from abroad. If there was a BIT in effect, Cyprus as a country that hosts a large number of holding companies of Russian interests, would have benefited from its track record of holding and trading companies jurisdiction as the base for investments all over the world, including Russian projects.

The lack of a Cyprus-Russia BIT has already caused problems for businesspeople active in Cyprus. Sergey Petrov, for example, owner of the biggest car dealership company in Russia, is facing legal repercussions for transferring funds from one Russian company he owns to his Cypriot company that was not protected by any BIT mechanism. A similar case is that of Vladimir Stolyarenko and Alexander Bondarenko who also have a direct investment portfolio company in Cyprus with huge investments in Russia and were targeted by the Russian authorities. They would probably feel much more confident if a Cyprus BIT treaty would be in place. Scores of other businessmen included on the Russian Forbes list have chosen Cyprus to establish portfolio companies that invest in Russia and all over the world.

Besides, non-implementation of the BIT leaves the door open for Kremlin to continue to apply pressure that ultimately aims at seizing companies and giving them to regime-affiliated businessmen; something that is very common on the Russian business scene.

After all, in the absence of an institutional framework, the Kremlin is free to intervene in the judicial development in order to bring about the desired result. It is therefore reasonable for Russian businessmen, who have chosen Cyprus, to worry that they may find themselves in the crosshairs of the Russian regime, without institutional protection.

What is the reason behind the non-valid BIT

The answer may be quite simple. Yukos case, in which Cypriot companies were involved, gained too much publicity. Once an extremely powerful oil company, Yukos has been forced into bankruptcy, in order to eventually bring about its nationalisation. After a lengthy court process, Russia was called to compensate the company’s shareholders with over $50b, pursuant to the decisions of the Permanent Court of Arbitration (PCA), based in The Hague. There are still some appeals pending that will never end. The Yukos case is indicative of the lengths the Russian authorities will go to in order to fulfil their purpose.

On the other hand, the question arises, why has Cyprus not put this matter on the table, since it could only have negative consequences for our economy? Especially considering that similar bilateral agreements are in place between Russia and almost all European countries as well as third countries. These include Luxembourg, and The Netherlands, with whom Russia signed or is trying to sign Double Tax Treaties, with similar terms as the Republic of Cyprus (i.e., with an increased tax rate of 15%). The consequences of not implementing this agreement are becoming more and more apparent, ultimately deterring Russian businessmen who are already active or want to expand their activities to Cyprus. After all, if Russia does not agree with the old BIT, we could negotiate a new one.

Need for a modern BIT

But beyond the need to sign the BIT, its content must also be revised, based on international practices and the country’s best interests. In 2018, the United Nations Conference on Trade and Development encouraged its members to revise its bilateral agreements, so they correspond with the current situation and the objectives of international economic relations. This is something that scores of countries followed through with, setting out specific parameters.

A good example close to home is that of Morocco, which incorporated the good practices that were promoted by the UN and drafted a new model for its bilateral agreements providing for issues such as sustainable growth, protection of the investment’s host country as well as the investor, while it also includes provisions for resolving any potential disputes between the parties and the investor. The country went on to launch a round of meetings to renegotiate its bilateral investment treaties to bring them in line with its increased requirements.

In comparison, Cyprus appears to have not taken action to revise its bilateral investment treaties, despite the impact this is having on its economy. The same applies even for traditional economic partners, such as Russia, who have always been sources of Direct Foreign Investments. The creation of an unfavourable economic environment for Russian investments in Cyprus -something that the country struggled to avoid in 2013 with the deposit haircut- clearly supports Kremlin’s efforts to bring Russian money home. What needs to be answered is why Cyprus has left the implementation of this signed bilateral treaty pending since 1998 and why it has not taken the initiative to cancel it and work on a new one, using the recommendations of the UN in 2018 as a fortunate juncture. Or why it isn’t promoting, now at least, a new bilateral agreement, like those that are being signed internationally that will feature provisions on a series of economic, taxation and technological matters that concern investors in the 21st century, especially at a time when the lack of such an agreement, especially with Russia, could push investors to other countries.

Coronavirus: Advisor says masks could go by end of summer