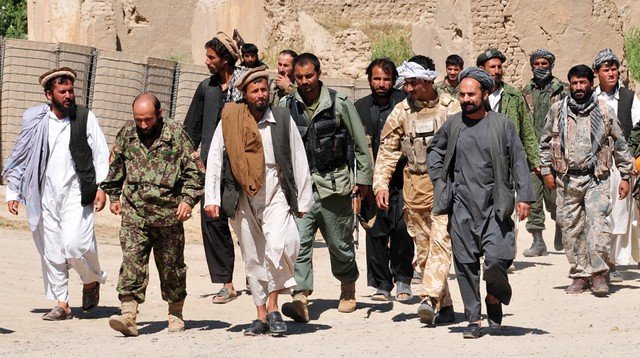 The seizure of Nerkh district comes amid intensifying violence following an announcement by the Islamist group of a three-day ceasefire in Afghanistan for the Muslim religious holiday of Eid, starting this week.

Tariq Arian, an interior ministry spokesman, said government troops made a “tactical retreat” from the district centre, which is a gateway to Kabul, after a heavy firefight with the Taliban.

Zabihullah Mujahid, a Taliban spokesman, wrote on Twitter that they had killed and captured some members of the Afghan security forces after seizing the district. He added that they had also seized a large cache of ammunition.

The Afghan government did not comment on casualties among the security forces.

The Taliban have dug in in Wardak, which lies less than an hour’s drive west of Kabul, and in nearby Logar province to the south. Afghan officials say the Taliban have used the provinces – gateways to the capital – as launchpads for hit-and-run attacks and suicide bombings on Kabul.

Kabul has been on high alert since Washington announced plans last month to pull out all U.S. troops by Sept. 11, with Afghan officials saying the Taliban stepped up attacks across the country following the announcement.

The fall of the district came three days after deadly bombings outside a school in Kabul that killed at least 68 people, most of them students, and injured more than 165 others.

A lifetime’s devotion: illuminated manuscripts from the Rosenberg Collection