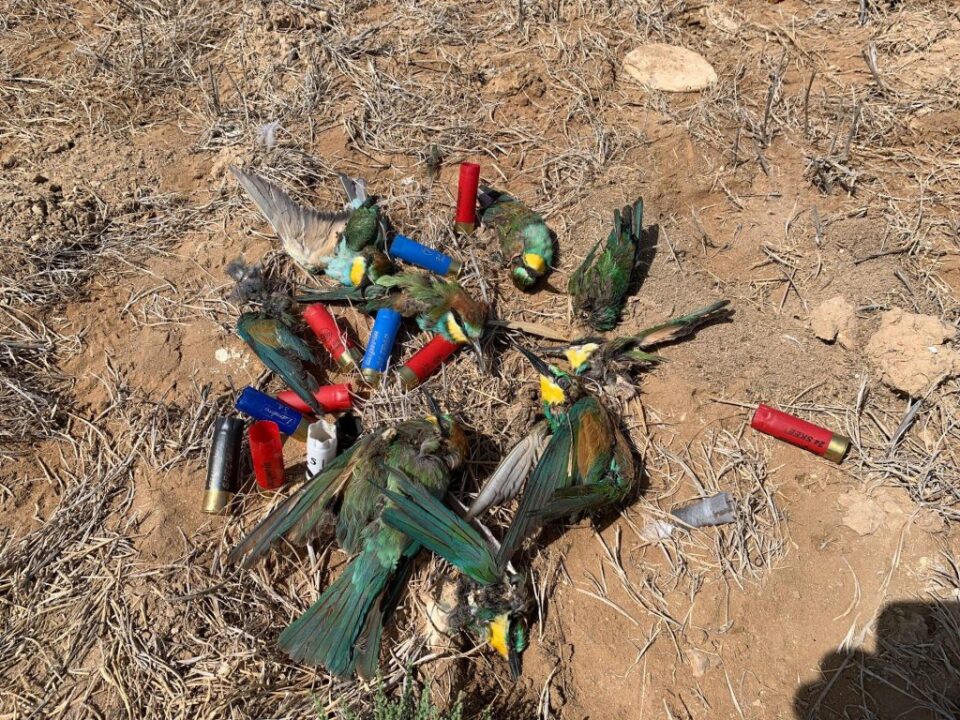 Though encouraged by a significant drop in illegal bird trapping, BirdLife Cyprus has said is concerned about a spike in incidents of illegal shooting of protected species at different blackspots, among them Lake Soros near Meneou in the Larnaca district and Paralimni Lake.

The NGO fears the situation could get worse after parliament last year slashed fines for those caught shooting birds illegally, a move that has seen an emboldened hunting lobby complain that monitoring efforts to protect birds constituted disruption of a legal hunting right.

In a press release on their website, BirdLife Cyprus noted that significant progress against illegal bird trapping in recent years had led to the lowest trapping levels recorded since the start of their field monitoring.

“This is remarkable progress, and it would not have happened if BirdLife Cyprus had not been running its campaign against illegal bird trapping for nearly 20 years,” it said.

Yet, just as progress is being made with regards to illegal bird trapping, the last year has seen a series of incidents of illegal shooting of protected species at different ‘black-spots’.

These included dozens of bee-eaters and other bird species such as barn swallows, flycatchers found illegally shot at Lake Soros, a goshawk found shot in the Machairas forest, a long-legged Buzzard found in the Avdimou area and an injured flamingo that was found and rescued by the NGO’s field team at Paralimni lake during a waterbird survey.

Although the illegal shooting of protected species, even of emblematic and flagship species such as raptors and flamingoes, has always been an issue, Birdife Cyprus said it feared the recent incidents indicate it may be growing into a widespread phenomenon, particularly after parliament amended the law slashing fines for the illegal shooting of up to 50 birds from a list of 14 species to €200 from €2000 for one bird illegally shot.

“Such low fines are surely non-deterrent, in fact we believe that they are practically ‘decriminalising’ the illegal shooting of protected species,” it said.

As BirdLife Cyprus has stepped up monitoring of blackspots, a section of the hunter community has presented its efforts as a ‘disruption of their legal hunting right’.

The NGO counters that not only is shooting protected species illegal under national law, but adds that hunting is a privilege, not a right, granted to a hunter provided they have a licence and follow all the provisions set out in the legislation.

“As BirdLife Cyprus, we aim to step up our efforts to tackle the illegal shooting of protected species at certain ‘blackspots’ such as Lake Soros and Paralimni Lake,” it said.

“We are of the challenge that lies ahead and that the hunting lobby of Cyprus has strong political influence. However, the progress we have achieved in recent years in tackling bird trapping with mist nets gives us hope that we will able to face this new challenge, taking one step at a time,” it added as it urged organised hunting associations to support their efforts to end illegal bird shooting, but also to work with them on other issues such as habitat protection.