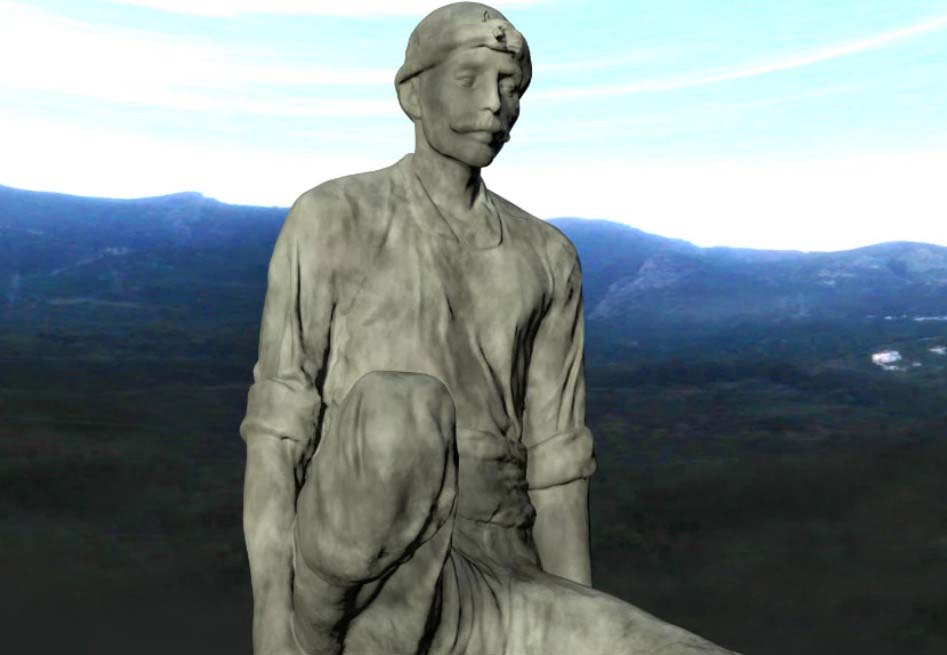 The proposal for a forty-metre statue in the north, dubbed the Noble Peasant, which drew international attention has been criticised by the Kyrenia municipality in the Republic.

Earlier this month, the Cyprus Mail reported on the proposed project and some observers noticed that – from certain angles – some of the moustachioed peasant’s features appeared to be out of proportion.

But Kyrenia municipality, which represents the occupied coastal city, objected on principle to the statue.

“This action constitutes yet another violation of the property status in the occupied areas,” it said on Thursday.

“The erection of any monuments must receive the approval of the legitimate government of Cyprus and respect the environmental character of the island.”

The plans for the 40m statue, depicting a crouching peasant donning traditional headwear, would see it stand taller than Christ the Redeemer and higher than the body of the Statue of Liberty – but many have dismissed it, saying it will never materialise.

The municipality further said that the statue’s proposed location is also provocative as it would overlook the Kyrenia harbour, where the 1974 invasion began.

It also referred to the project’s website, saying that plans for the statue to be light up at night is reminiscent of the “flag of shame on the Pentadactylos”, referring to the 426 metre flag across the mountains – facing south towards the Republic.