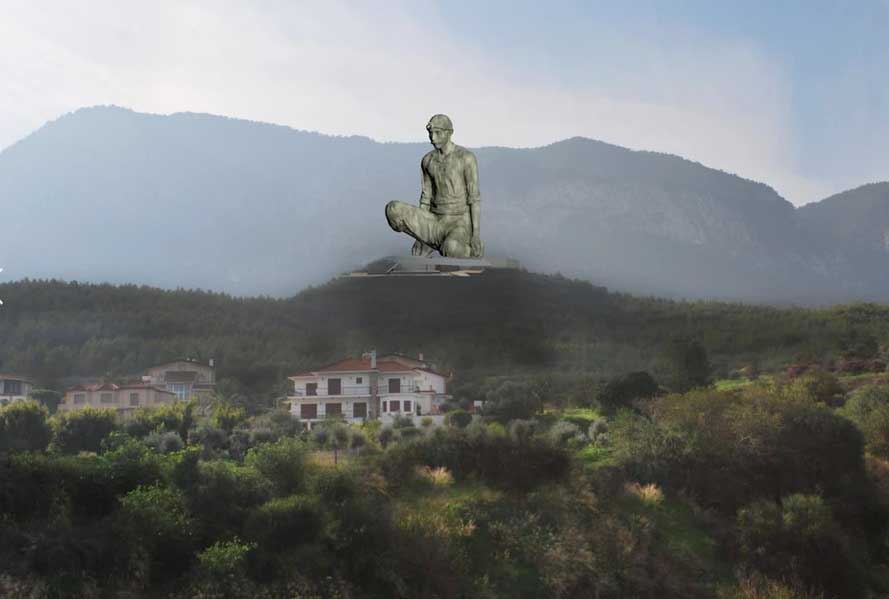 A proposal has been made for a 40m statue “that all Cypriots could identify with” which would overlook the Kyrenia coastline against the backdrop of the iconic mountain range.

The statue has been dubbed the Noble Peasant and seeks to “celebrate and exalt the inner nobility of ordinary folk”.

The plans for the 40m statue, depicting a crouching moustachioed peasant donning traditional headwear, would see it stand taller than Christ the Redeemer and higher than the body of the Statue of Liberty.

According to its webpage, Erbil Arkin, the founder of the Arucad University of Creative Arts and Design, was partly inspired by his visit to Christ the Redeemer in Rio de Janeiro, Brazil.

The project’s website further states that: “In a country that has witnessed divisions and conflict in its past, a unifying factor was that almost all Cypriots were, only a few generations ago, sons and daughters of the soil – farmers, animal husbanders, peasants.”

A canoe expedition to three lochs in the Scottish Highlands

Pfizer bets on vaccine demand for years, sees sales of $26bn in 2021