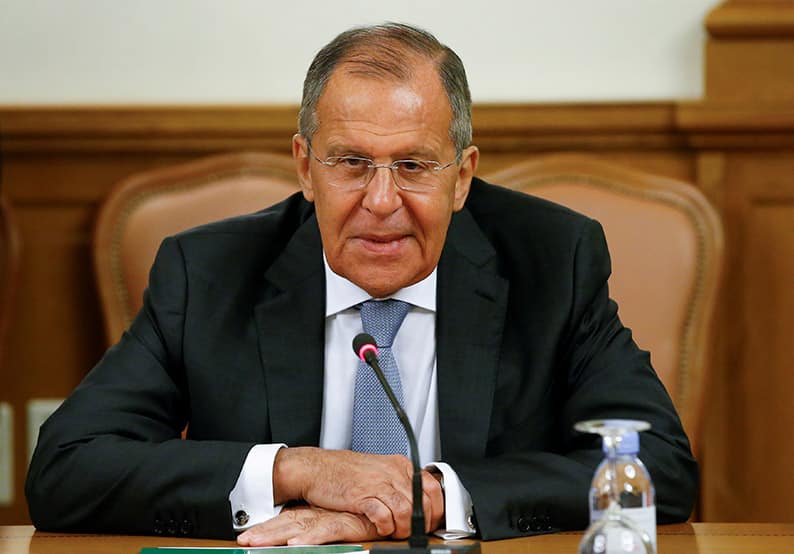 In a statement during a press conference following a meeting with Antonio Guterres in Moscow on Wednesday, Lavrov said that they discussed many key issues on the UN agenda, including on the agenda of the Security Council and this includes the situation in Syria, Libya, Afghanistan, and Yemen.

“We’ve also discussed the very complex issue of the Cyprus settlement. We fully share the United Nations Secretary-General [will to] resolve this crisis through political and diplomatic means, including mediator efforts.

UNSG in his statement did not refer to the Cyprus issue.

Cyprus has been divided since 1974, when Turkey invaded and occupied its northern third. Repeated rounds of UN-led peace talks have so far failed to yield results.

The 5+1 informal meeting held in Geneva end of April, has failed to find enough common ground to allow for the resumption of formal negotiations in relation to the settlement of the Cyprus problem.

In latest work performance artist attempts to empty the sea