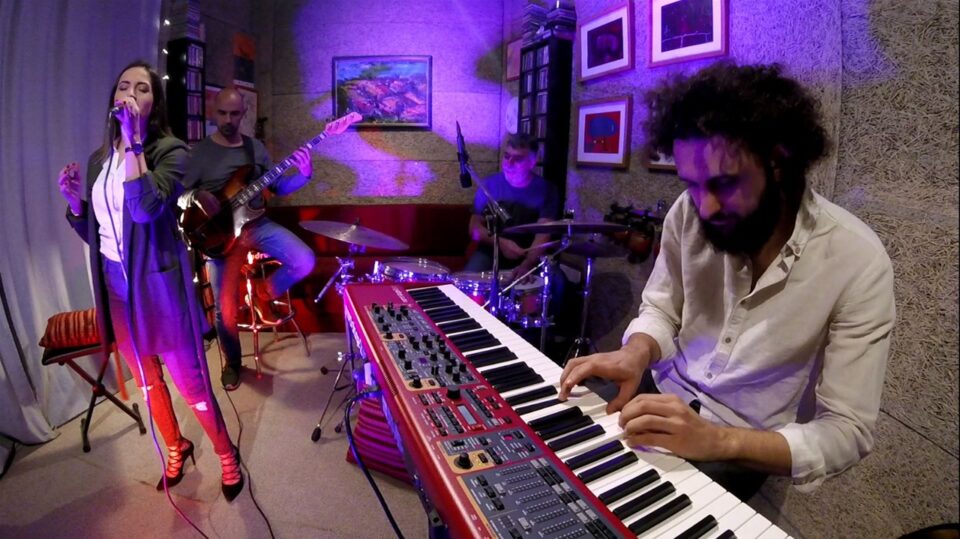 Following a two-week break, live music returns to the Hogshead Pub in Paphos as The Paphos Sessions present another series of performances for May and June, beginning this weekend with the Real Thing Blues Band on Sunday.

Their performance includes the classical blues line-up – guitar, bass and drums – playing blues and classic rock. Andrey Stareyshinski on guitar and vocals, Nikolay Gergov on bass and Ruslan Dobrikov on drums and vocals are the band members are all professional musicians able to play any style of music. Yet it is the blues and classic rock that are their passion. For this Sunday’s show, Poland’s number one harmonica player Michal Kielak will be joining them.

Next Sunday, May 23, Loukas Louka, Ioannis Karseras and Andreas Stefanou will bring their jazz sounds to the Hogshead Pub. The Power of Jazz Piano Trio will perform from Bill Evans to Oscar Peterson, in a set that wishes to express the full melodic and harmonic power of the piano.

The final Paphos Session for May will host a newly-formed band. The Candy Soul Quartet brings together a group of musicians with Malvina Charalambides on vocals, Christos Yerolatsitis on the keyboard, Andreas Rodosthenous on electric bass and George Koulas on drums. On May 30 audiences can expect songs from the likes of Stevie Wonder, Bill Withers, Etta James, Marvin Gaye, Van Morrison, Norah Jones, Sting, Ray Charles, Amy Winehouse, Ben E King and more, in a wonderful fusion of soul, pop and jazz.

June’s first live music session on Sunday 6 will feature the legendary seven-piece Dixie band directed by David Locke performing upbeat, joyful music from the great American Jazz Age of the 1930s and 40s. The performance to follow will continue with the retro vibe.

Erika Soteri is described as a powerhouse performer, a singer-songwriter who embodies attitude and class and houses a timeless retro sound with a modern flair. On June 13 Erika and her band will present her sound to Paphos music lovers and its eclectic mix which tends to marry a fusion of Soul, Jazz, Funk and RnB.

The Power of Jazz Piano Trio