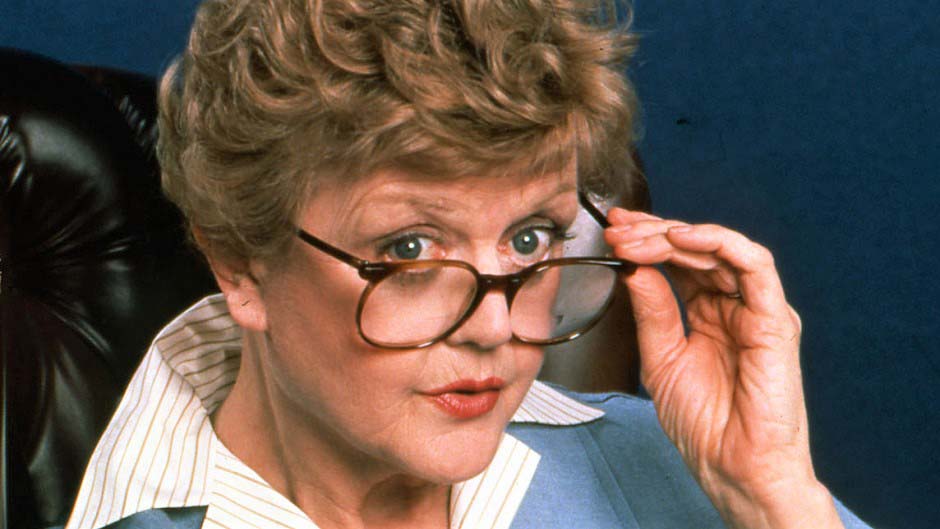 I want to BE Jessica Fletcher. I want to be a Fairisle-clad mystery writer/amateur detective living in Cabot Cove! Always providing I’m not one of the town’s 60 or so residents who have kicked the bucket over the show’s 12-season run! I’m not usually this effusive. But Murder, She Wrote is my panacea: my go-to on sick days, grey days and bad days.

An absolute classic, this CBS series ran from 1984 to 1996. Rather forward-thinking for its time, it included episodes involving abortion, women in male-dominated careers, and prisoners’ rights, and all while extolling an older female protagonist: Jessica Fletcher – smart as a whip, fiercely independent, and bestselling author.

40 years on, actress Angela Lansbury, as JB Fletcher, remains my all-time favourite. Nominated for an Emmy for Outstanding Actress in a Drama Series in every year Murder, She Wrote was on the air, Lansbury brought her smarts and sass to a fairly formulaic theme (someone is murdered, authorities are baffled, Jessica steps in) and an iconic character who’s up there with Poirot, Holmes and Morse.

In fact, it’s Jessica who actually holds the Guinness World Record for ‘most successful amateur sleuth’. With 264 individual episodes and four TV movies under her belt, she has solved more cases than Marple! Whenever there’s a murder (on buses and planes, in prisons and stately homes from China to Canada) our amateur detective is there: beating the police to the punch with her piercing intellect, insatiable curiosity, and incredible powers of observation.

While it aired, Murder, She Wrote never dropped below the top 15 in the Nielson ratings; today, at any given moment, there’s a rerun showing somewhere in the world. Many a budding star began their career on the show, including George Clooney, Courtney Cox and Cynthia Nixon. And so popular was the series that when, in 2014, there was talk of a rejig, the legions of fans rose up in protest and put the kibosh on the idea. Angela Lansbury WAS Jessica Fletcher. And Jessica was Murder, She Wrote. Nobody can ever take her place. Especially if you’re having a bad day!

How to foster and ‘re-grow’ your energy