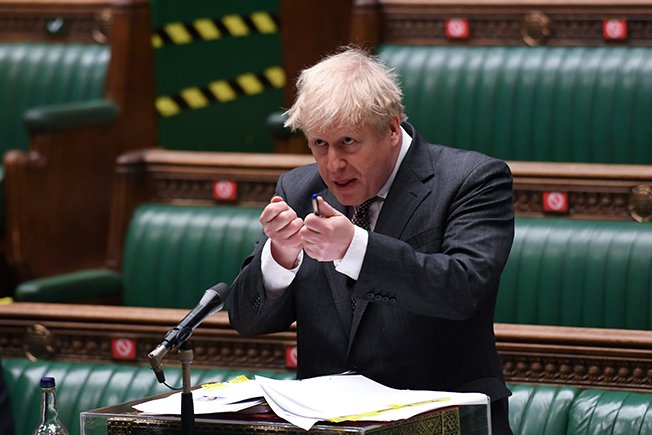 Prime Minister Boris Johnson said on Sunday there was no place for anti-Semitism in society and that British Jews should not have to endure “shameful racism”.

Johnson was responding in part to a video posted online earlier on Sunday showing a convoy of cars bearing Palestinian flags driving through a Jewish community in north London and broadcasting anti-Semitic messages from a megaphone.

“There is no place for anti-Semitism in our society,” Johnson said on Twitter. “Ahead of Shavuot, I stand with Britain’s Jews who should not have to endure the type of shameful racism we have seen today.”

His comments also referred to other incidents of anti-Semitism over the weekend, an aide said.

Israeli-Palestinian violence has reached its worst level in years over the last week.

“Whatever your view of the conflict in Israel and Gaza, there is no justification for inciting anti-Jewish or anti-Muslim hatred,” communities minister Robert Jenrick said in a statement.

Britain’s Metropolitan police said: “We are aware of a video appearing to show anti-Semitic language being shouted from a convoy of cars in the St John’s Wood area this afternoon.

“Officers are carrying out urgent enquiries to identify those responsible. This sort of behaviour will not be tolerated.”

The Community Security Trust, a charity that monitors the security of the Jewish community, said the convoy had travelled from Bradford, in northern England.