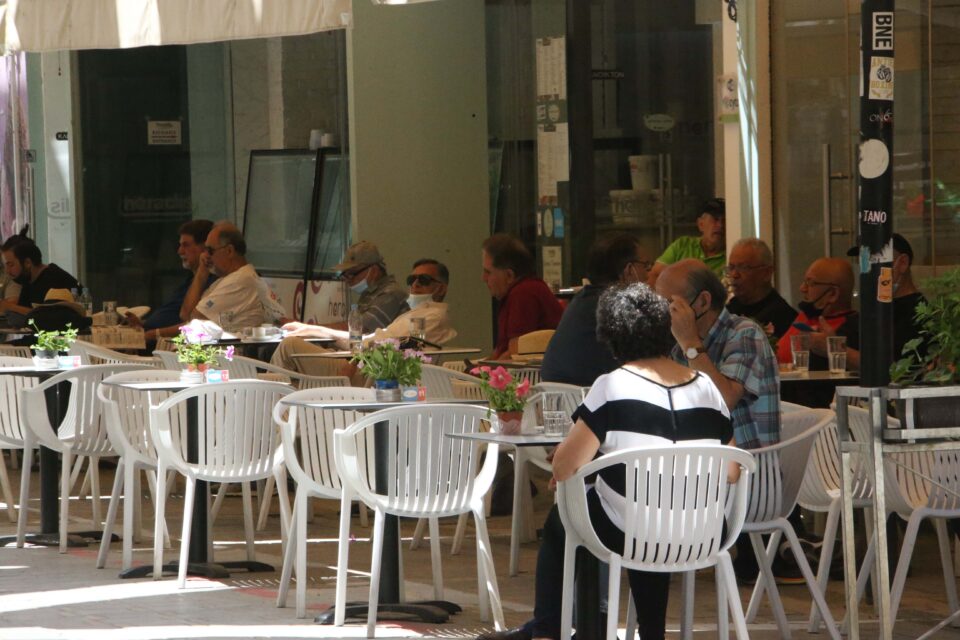 Cyprus can anticipate the number of coronavirus cases dropping to double digits over the summer, one of the government’s advisors on the pandemic said on Monday, qualifying his more upbeat projection with increased vaccination coverage and compliance with health protocols.

However, speaking to the Cyprus News Agency, University of Nicosia Medical School professor of microbiology/molecular virology Petros Karayiannis also voiced concern about the possible importation of the Indian variant of Covid-19 to Cyprus. No cases of the Indian variant have so far been identified here.

On Sunday the health ministry announced 165 new coronavirus cases, with numbers remaining under 200 for the third day. Further relaxations on restrictions were introduced on Monday, including a later curfew and the scrapping of the SafePass requirement for outdoor dining.

“I believe that despite the relaxations so far, things are going well. I hope that with today’s further relaxations there will not be small surges, but on the contrary we will continue to see a downward trend,” he said.

“Of course, this will depend on further vaccination coverage, which is necessary, and from our behaviour over the next few weeks so as to be able to fully shield ourselves against the virus,” he said.

Asked what the situation would be in the summer, he said that we will be “tranquil” provided a new variant is not imported, particularly the more infectious Indian variant now in the UK which has prompted authorities there to bring forward the second dose of the vaccine so as to protect vulnerable members of the population.

“I believe that the specific variant has not been widely transmitted (in the UK) but there is concern that it will dominate as it is easily transmitted. That is why they are trying to contain it with vaccination coverage because it appears that the vaccines are effective. But there may be a need to raise the vaccination coverage from 65 per cent to 70 per cent, perhaps even to 80 to 85 per cent,” he said, citing scientists in the UK.

“They are worried about the specific variant and say the higher the vaccination threshold the better.”

Asked what he anticipated in terms of the number of cases in Cyprus this summer, he said that ideally these should be double digits. “I think this is achievable with our good behaviour and we are already seeing the positive results from the vaccination coverage even with the first dose,” he said.

When more people are fully vaccinated, we may be able to restrict the transmission of the virus so that we have double digits. But the virus will not fully disappear from the community as people are moving around and tourists will be visiting.

Asked whether there will be a fourth wave in autumn, he said no one knew. But if Cyprus manages to reach herd immunity with vaccinations, a new wave could be avoided, with the possibility instead of small outbreaks that can be contained.

“This will depend on whether a variant emerges that is problematic and for which vaccines are not effective.”

Asked whether a third dose will be needed for the vaccine he said this was being widely discussed. “I believe a third dose that will operate as a booster will be needed. At the moment, we do not know how long the immunity from the vaccines will last and it would be a good thing to boost this buttress against the virus and in addition as the third dose will also cover the variants, there will be protection against those too.”