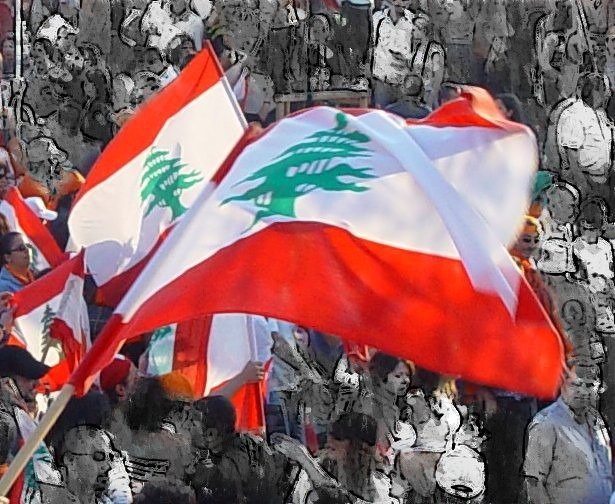 Lebanon politicians will face sanctions as country collapses while it has no government.

France, with the support of the EU Commission, is preparing sanctions against Lebanese politicians, intended to target their unwillingness to form a  government despite the country’s nearly complete collapse.

It has been eight months since Saad Hariri was named prime minister and asked to form a government. Meanwhile  Lebanon’s squabbling politicians, after months of crisis that have left Lebanon facing financial crisis, hyperinflation, electricity blackouts and fuel and food shortages. Nearly half of the total population currently lives under the poverty line.

Lebanon’s caretaker government hasn’t yet met the required conditions for a World Bank $246-million loan for social security programs, despite an upcoming deadline.

The French Minister of Foreign Affairs, Jean-Yves Le Drian has therefore proposed sanctions against Lebanese personalities “involved in the current political blockage or in corruption.”

The EU Commission has declared it will take up these sanctions. “”The level of impatience with the ruling class in Lebanon is growing. They don’t seem to have their peoples’ interest at heart. Expect to see a decision soon,” a senior EU diplomat told Reuters.

The sanctions regime is expected to include travel bans and asset freezes.

“The people are suffering but the political leaders are not taking responsibility while the country is literally falling apart,” EU foreign policy chief Joseph Borrell told reporters last week.

Professor Habib Malik of the Lebanese American University told Voice of America that the US should step up pressure on entrenched politicians — whom critics describe as a “mafia” — by demanding the recovery of Lebanon’s stolen assets and impose sanctions on them.  Malik says the sanctions would also hit the Iran-backed Hezbollah militia.

“Lebanon is hijacked and held hostage by a mafia-militia cartel which is beholden to Iran,” he said. “The ultimate victims are the Lebanese people. The US possesses a great deal of information about the stolen money.” The US can weaken the mafia a lot and pull the rug out from Hezbollah’s feet.”

France may act first with the publication of the list of those penalised and the freezing of the questionable assets they own in France. Requests from the National Financial Prosecutor’s Office in favour of opening a judicial investigation in Paris for “ill-gotten gains” against Riad Salamé, governor of the Central Bank of Lebanon, would constitute another signal.

Switzerland has already initiated such an investigation, and another is underway in Lebanon itself.

On May 11, the US on Tuesday called on governments worldwide to take action against Lebanon’s Iranian-backed militant group Hezbozllah, as the Treasury Department sanctioned seven Lebanese nationals it said were connected to the group and its financial firm, Al-Qard al-Hassan (AQAH), Reuters reported.

“The threat that Hizballah (Hezbollah) poses to the United States, our allies, and interests in the Middle East and globally, calls for countries around the world to take steps to restrict its activities and disrupt its facilitation networks,” US Secretary of State Antony Blinken said in a statement on the action against the group, designated a terrorist organisation by Washington.

The Treasury Department said in a statement that it had blacklisted Ibrahim Ali Daher, who it described as chief of Hezbollah’s Central Finance Unit, as a specially designated global terrorist, accusing him of acting on behalf of Hezbollah.

The Treasury accused the six men of using the cover of personal accounts at Lebanese banks to evade sanctions targeting AQAH and transfer $500 million on behalf of the US-blacklisted firm.

Invest in the booming US? Strong euro says ‘stay home’