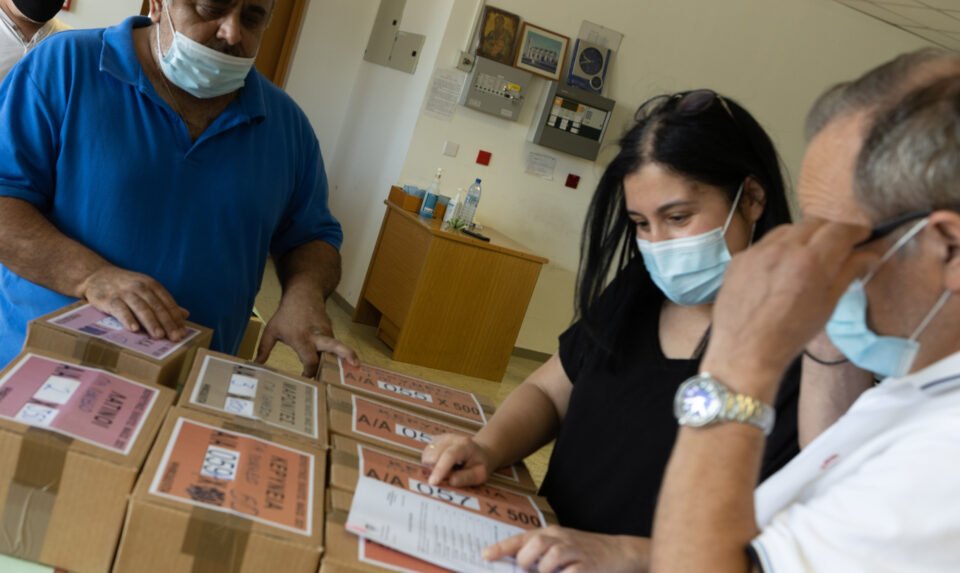 Delivery of the ballots from the Government Printing Office (PIO photo)

The government has asked the UN to mediate so that the north does not impose a 10-day self-isolation to enclaved who cross on Sunday to vote, it emerged on Tuesday.

Presidency Commissioner, Photis Photiou, told the Cyprus News Agency that his office is in consultations with the Special Representative of the UN Secretary General in Cyprus, Elizabeth Spehar on the matter.

“We ask that no problems be created during the return of our enclaved to the occupied territories, with the restrictions that the occupation regime has for the pandemic,” Photiou said.

He added that the vaccination programme for the enclaved has been completed and this was an additional reason that the north should not create any problems citing the pandemic.

Photiou said the north has not responded yet to the request.

He said no special measures need to be taken for the enclaved to cross to the government-controlled areas but that the problem lies with the requirement to self-isolate for 10 days on their return to the north. According to measures in place in the north they also need to present a negative PCR test certificate.

There are in total 243 enclaved registered as voters: 193 Greek Cypriots and 50 Maronites.

Photiou said the government has arranged for buses to transport the enclaved from and to the north.