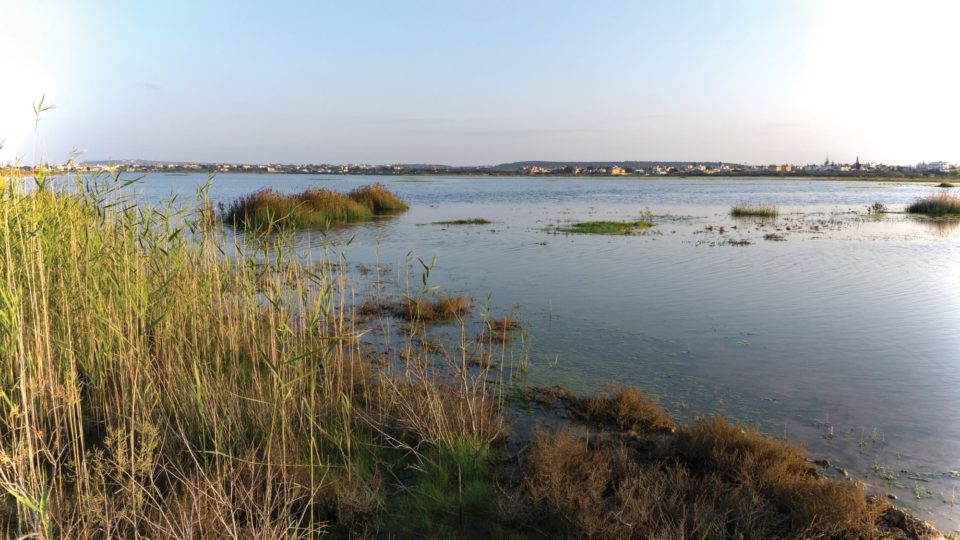 The final part of the Cyprus Mail’s look at the environmental policies of the main political parties ahead of Sunday’s parliamentary elections focuses on their main priorities in general, the role of local government and illegal bird trapping

How do you see your party’s record on environmental issues?

The pursuit of a consistent and effective environmental policy, closely linked to economic development issues, is an important area for our party. In this context, we have promoted and supported the law on animal welfare and the improvement of the legislation on Environmental Impact Assessment Studies in order to ensure public access and participation in these processes. We have also registered for discussion issues related to waste management, the proper location and management of livestock units and issues related to protected areas such as the Paralimni lake, Akamas and many more.

The Democratic Party, within its capabilities in parliament, has taken initiatives and supports environmental policies aimed at achieving sustainable development. Our guide is to serve the real needs of society, and future generations.

Edek is active in the field of green policy and solving environmental problems in general. One issue raised in parliament concerned the issuance of quarry licences in protected areas. We supported that this must be stopped, and that any unlicensed operations cease immediately. Issuing such a licence requires thorough environmental study on the effects this might have on the area, and we suggest that local residents are consulted as well.

We insist that Akamas should be declared a national park and its protection strengthened.

Our core policies revolve around the protection of the environment. The list is endless. The Paris Agreement and the UN’s Sustainable Development goals guide our work and are embedded in our party policy positions. We believe we do a lot for the environment, but we want and need to do a lot more! We hope to continue the work we have started.

Our action in terms of the environment is diverse and intense. We have managed through the participation of Euroagrotikos in the European programme Intereg to highlight the importance of Natura 2000 areas, and more specifically the Pitsilia hazelnut forest (Fountoukodasos Pitsilias).

At the same time, we intend to present actions concerning the preservation and restoration of dry stone walls as an anti-corrosion agent.

We have supported a number of environmental legislations in parliament, including the protection of the carob tree and the prevention of environmental and ecological destruction in Kato Moni from the operation of high-noise industrial units. We recently supported the repeal of the law and the policy statement concerning individual residences.

We have supported and adapted the law on animal welfare so that we can live in a balanced ecosystem, where everyone and everything has a role to play.

What has your party done about the environmental policy of municipalities?

Municipalities are not separate from the operation of a state, but rather one of its components. We need cities that operate with planned, integrated development. Reform is needed so that we can develop sustainable cities which is why institutionally establishing the autonomy of local government is a key axis of our policy. For municipalities to truly implement environmental policy, in addition to their day-to-day responsibilities, they need an infrastructure that will help them promote integrated waste management, urban mobility plans, and protect local green spaces and beaches. For this to happen it is necessary to form a cohesive urban and spatial planning policy.

For years, Akel has submitted its proposal for the “Plan for the Island (Nisos)”. This would solve chronic problems faced by municipalities and communities and enable the implementation of a consistent and integrated environmental policy.

The role of local government regarding environmental issues is crucial, precisely because of the immediate contact between municipalities and communities and households. Housing incentives and support and establishing a “polluter pays” principle have proven effective where they have been enforced.

Both the government – through the agriculture ministry – and we as Disy, are in constant and open communication with all municipalities regarding their environmental policies and relevant actions. Municipalities make up the heart of every city, from the smallest to the most complex issues of the proposals and initiatives considered by local government.

Party leader Averof Neophytou recently visited Aglandjia municipality with Agriculture Minister Costas Kadis to observe its pioneering “pay as you throw” scheme. This scheme benefits both the public’s finances and the environment by reducing rubbish disposal costs by 40 per cent on average. There Averof also proposed an additional incentive for households through a sorting system for glass, plastic, metal and paper so that we can all contribute to recycling and to a circular economy.

Local government, as the closest authority to the public, must give impetus for environmental development. This is why Edek’s municipal councillors are always in favour of green development, and endeavour to lead such actions.

We hope that the reform of local authorities will help achieve adherence to the strategy to combat climate change and the application of the new pay as you throw legislation, concerning waste management. We have introduced legislation concerning prevention of unregulated tree felling, burning of garden/field waste instead of composting, animal welfare and dog legislation, protection of coastal areas, Natura 2000 and other protected areas. We are always active in influencing the town planning district maps and the development of the Sustainable Urban Mobility Plans for each district. The most important piece of legislation we have introduced, but unfortunately has not been pushed through, concerns public hearings. Most environmental catastrophes in Cyprus happen because important aspects of development proposals are not taken into account in the licensing process. We hope that transparency and wider participation from the public and NGOs will help safeguard our country.

Through local government reforms, municipalities should take over management of waste and reduce it to a minimum. A specific budget should be set for these activities, paid to municipalities by the state.

The processing of recyclable material needs to be altered so that municipalities and residents come together towards reaching EU-set zero waste goals.

Our municipal councillors have tabled proposals for the creation of a service within municipalities that will collect large volumes of rubbish. Efforts are also being made towards changing regulations on abandoned cars and saving energy in municipal buildings through adopting renewable energy, and install energy saving street lighting.

What has been your policy on illegal bird trapping?

Illegal bird trapping is undoubtedly a huge problem that affects all protected fauna in our country. Although we have expressed our concerns about the number of out-of-court settlements, which sometimes exceed those settled out-of-court for other types of offences, we did not vote to decrease the fine.

The Democratic Party has made a positive contribution to legislation on the protection and management of wild birds and prey. By passing this law, we have introduced very severe penalties in relation to the criminal methods of bird trapping.

The state must immediately stop the killing of birds. Edek adheres to a strict framework to prevent the illegal trapping of birds, as well as their trade. It is also necessary to enforce preventative penalties for those who break these laws.

We vehemently condemn the illegal trapping of birds and insist on the legislation being enforced effectively. We also make sure to remind of the illegal, untaxed profits that this illegal practice creates, and the connections to organised crimes in many cases. We of course voted against the reduction of the relevant fines, and have protested the dismantling of the special police task force that had been established to combat said illegal trapping.

Solidarity was in favour of tightening legislation on the mass killing of protected birds. The fine for mass trapping and killing is 3,000 euros. At the same time, following a recommendation from experts on tackling bird poaching, we advocated for the rationalisation of penalties, within the framework of the legislation, in order to combat it more effectively. Nevertheless, we will enrich the legislation with suggestions once we have the new data based on the new legislation on poaching.

MPs taken to task over stance on green issues

Our View: Fate of AZ shot in Cyprus sealed by death