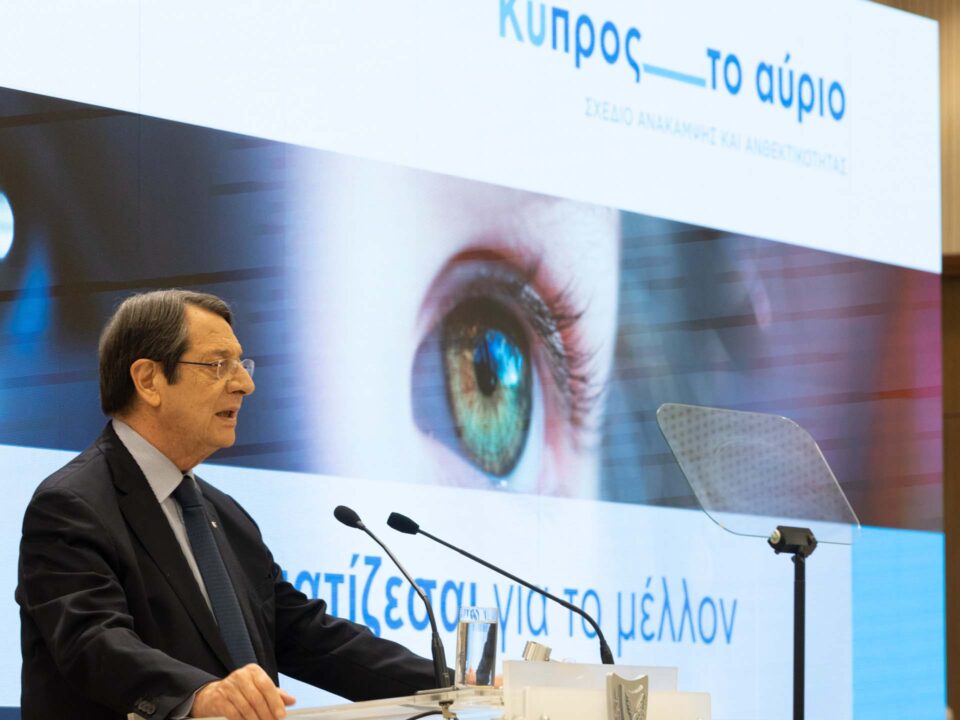 Over €74 million from the €1.2 billion allocated to Cyprus from the Cyprus Recovery and Resilience Plan will go to strengthening the health system over the next five years, Health Minister Constantinos Ioannou said on Wednesday, presenting some of the details of the plan at a joint news conference with President Nicos Anastasiades.

Ioannou said the policy axis entitled ‘Public Health and Civil Protection – Lessons from the Pandemic’, includes measures that will contribute to increasing the readiness, resilience and quality of the services of the health system Gesy.

“By creating the necessary infrastructure, equipment and procedures, emphasis will be placed on strengthening public hospitals to become more competitive and able to deal with any future health crises,” Ioannou said.

The plan also includes investments to strengthen civil protection and, in particular, the use of smart technologies for the effective handling of emergencies, the minister added.

In terms of further investment in the health sector, it includes the creation of new facilities for the blood centre amounting to €4.3m, a technology system costing €5.7m, a sponsorship plan for the purchase or replacement of medical equipment in public and private hospitals, amounting to €5m, the development of general cross-border e-health services in Cyprus, amounting to €1.9m and the creation of a public warning system to support emergency operations via SMS that will also encompass TV and social media amounting to €4.5m.

Ioannou said significant expenditures of €46.5m was foreseen for the improvement, modernisation and upgrading of public hospitals that will include the creation and or expansion of haemodialysis units in all public hospitals, amounting to €6.1m. The construction of the unit has already begun at the Paphos general hospital, Ioannou said.

The figure also includes the creation of a new psychiatric hospital to the tune of €6.8m, which will be announced this week, upgrades to the Makarios children’s hospital worth €23.4m. the reinforcement of the A&E departments in all public hospitals which will cost €1.7m, the construction of a Covid unit at the Famagusta hospital, which Ioannou said would be delivered in the next two weeks, and the creation of a contagious diseases unit at the Limassol general hospital that will cost €700,000.

All of these things reflect the importance the government attaches the health system, the minister said.

Earlier at the news conference, Anastasiades described Gesy as “the greatest of social reforms” that ensures fair and equal access to quality medical services for each and every citizen.

He also said that two years on, the predictions that Gesy would collapse or fail did not materialise.

Citing the latest data, the president said that during its first two years, Gesy saw the registration of 892,000 beneficiaries, 801,000 have visited their personal doctor, 631,000 have visited specialists, 656,000 have procured medicines and 578,000 have undergone laboratory tests.

In 2020, the Health Insurance Organisation covered health care services worth €780 million, while this year the amount is expected to increase by over 60 per cent and will amount to €1.25 billion.

“Honestly, I do not want to think what the situation could be if in June 2019 we had heard persuasions – well-intentioned or not – for another suspension of the implementation of Gesy,” he said.

As a result of the implementation of the health system, the expenditures on health reached 9.63 per cent of the total budget, when in the past it did not exceed 2 per cent to 3 per cent, the president said.

“With the same determination that Gesy was implemented, we will work hard to deliver an even more efficient and even more modern health system, a resilient health system that follows best practices based on the world’s top systems,” he said.

Dherynia wants beekeepers to use land near buffer zone