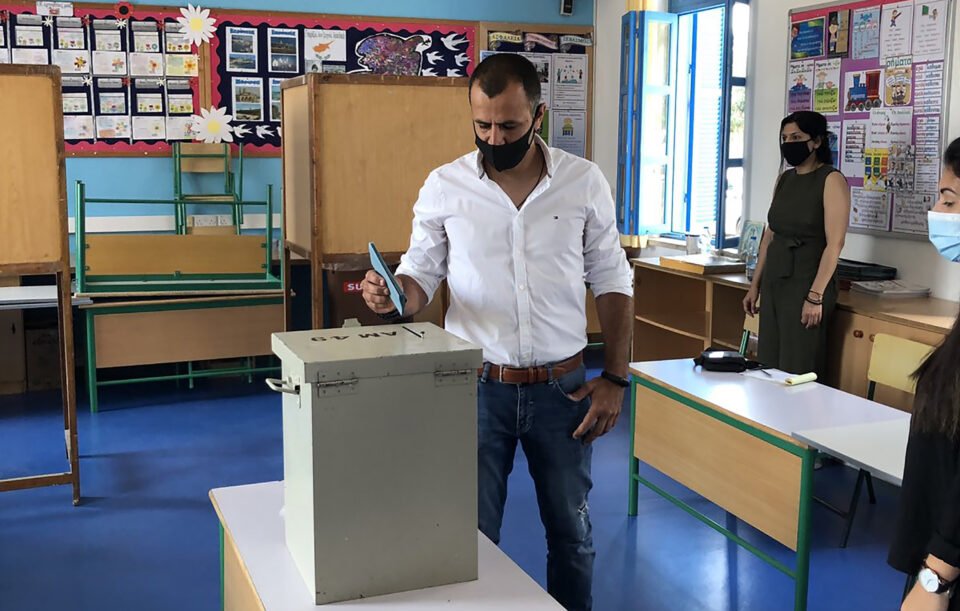 Polling stations closed at 6pm on Sunday as Cypriots went out to vote in a new House of Representatives, in a process that was marked by abstention of many voters angered over corruption scandals.

Around 15 political parties and formations were seeking 56 seats.

Sunday’s vote was a key gauge of popularity for an administration ahead of their own reckoning with voters in 2023. The present administration has faced criticism for championing a lucrative cash-for-passports scheme it had to abandon amid allegations of corruption in November 2020.

There was widespread concern in the run-up to the vote that abstentions and protest votes would be higher than usual.

Voter turnout by 5pm on Sunday, with only one hour to go, was 56.7 per cent overall as fewer people showed up in Nicosia, Larnaca and Limassol than had done at the same time during the 2016 parliamentary elections, chief returning officer Costas Constantinou said.

Other districts averaged around the same turnout as the last election, or more as was the case in the Famagusta area.

The turnout of voters by district by 5pm was:

They re-opened at 1pm after which Constantinou called on people to go and vote. “This election is taking place in unprecedented health conditions due to the COVID-19 pandemic,” he said.

Asked to comment on the low turnout, Constantinou said that the candidate parties should be asked about this issue.

“Our job, as the ministry of interior and the office of the chief returning officer, is to facilitate the voters so that they can come and exercise their right,” he said. He expressed the hope that in the afternoon the flow will increase in Nicosia as well.

Asked about abstentions, he said the process was still ongoing. “We should talk about the abstentions at 6pm,” he said.

Constantinou said 86 out of 91 Covid-positive people who had registered to vote through mobile units, had cast their ballots.

Quoting US president Abraham Lincoln, President Nicos Anastasiades, who went to the polling station in Limassol accompanied by his family, called on everyone to turn up and vote.

“We all say that that today is a celebration of democracy and the opportunity for the people to exercise the right choose who the legislators will be. As Lincoln said: the vote is more powerful than the bullet; the bullet may kill tour enemy, the vote may determine the future of your children, and I add that abstention may also determine it.”

He said he had been informed that all was going smoothly and expressed his conviction that this will continue until the end of the election process. Anastasiades congratulated the police force and public servants who are manning the polling stations and reiterated his call to the people “not to give the right to someone else to choose for them, to abandon the couch, as we say, and to come to the polling centres.”

Asked about the presence of candidates’ billboards, still up on election day in violation of the law, he said that although he does “not encourage illegal behaviour”, he did not consider it “one of the most important problems which could alter or erode the election results”, given the number of messages on social media. Outdated provisions should be reviewed after the elections, he added,.

Invited to say whether he believes that there will be a negative voter reaction due to the pandemic he said he would not wish to make statements on that matter, but added that he believes following “the successful management of the pandemic the government measures should be rewarded, particularly if Cyprus is compared with all the other European countries.”

Replying to a journalist`s comment about the mobile polling stations for people with COVID-19 he said that “this proves once more the Republic of Cyprus’ capacity under particularly difficult conditions to meet its obligations to the citizens.”

Also voting in Limassol, outgoing House president Adamos Adamou who is not seeking re-election as an MP, reiterated calls for voters to turn up and vote. “It is a celebration of democracy. The people have listened and today is their day. They should choose those that can serve them,” he said.

The new House has a number of pending issues that need to be addressed and abstention is not a solution, he added.

Disy president Averof Neophytou was circumspect in his remarks after casting his ballot in Nicosia.

“Democracy is based on our participation and the power of our vote. Today is an important day for Cyprus.  Citizens decide on the next day. I wish everyone a good vote,” he said.

Asked whether he had anything to say about the special circumstances in which the elections are being held because of the pandemic, the leader of the ruling party said: “That’s all. And let’s wait for the results.”

He said he had been informed that all was going smoothly.

After casting his vote, Diko leader Nicolas Papadopoulos said nothing would change through abstention or protest voting. Change would only come through positive voting, he said.

He also said that it is an opportunity for people to be heard, in the hope that things will change “and a better tomorrow will be created for the homeland and the people”.

Akel general-secretary Andros Kyprianou urged people to go out and vote and choose their representatives. Amid the special condition of the pandemic, he said people may find it more difficult than usual “but participation in this electoral process is paramount”, he said. “It is not right to let others decide for us. Each of us, with our participation, must give our own opinion on how things should develop.”

Speaking to the media after casting his vote in Limassol, Edek leader Marinos Sizopoulos said he appreciated the public’s anger and disappointment over the serious economic and social problems resulting from the 2013 financial crisis and the pandemic.

“But this should lead them to mistaken decisions and choices. I call on them to make the right choice with prudence and responsibly,” he said.

Asked whether he had a message to those who were thinking of abstaining, Sizopoulos said that abstention does not change anything, but only prolongs or makes the situation worse.

“If you want something done, vote and select those candidates who can best serve citizens. And MPs should put aside minor issues and focus on the big important ones,” he added.

Marios Garoyian, president of the Democratic Front which broke away from Diko, said these were critical times and the electorate should vote in order to chart the exit out of the crisis.

Greens Party president Charalambos Theopemptou called on everyone to vote. “It is the day for democracy. All those who cares about their country have a chance to go vote. Parliamentary elections are very important and people must understand that they must cast their vote otherwise others will decide for them,” he said.

Theopemptou also thanked all those working hard to organise the elections.

Speaking after voting in Strovolos, said that the public’s anger should not translate into abstention. “It is through active participation that the people will sent their messages and set the parameters for the future course.”

Over 2,000 police officers have been mobilised to ensure that elections will run smoothly and the legislation and rules in place will be observed.