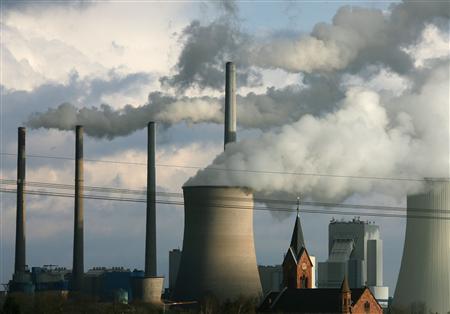 Globally, noticeable progress has been achieved in decoupling economic growth and consumption of energy and natural resources. At the same time, we are seeing a steady reduction in prices for the purchase and installation of renewable energy (RE) systems, which are gaining increased market share. Moreover, remarkable advancements have been recorded as regards the storage of RE, which traditionally constitutes RE’s main drawback when compared with conventional energy products.

Nevertheless, climate change, caused by the excessive exploitation of conventional energy resources, continues to be a major threat for the survival of mankind. In fact, recent scientific studies confirm that the repercussions on the environment are much more severe compared to previous assessments.

Rightly, therefore, the ΕU has made the ‘Green Deal’ a top priority in the context of ‘Recovery and Resilience’ plans, which member countries have to prepare and submit in order to be able to benefit from the ‘EU – Next Generation’ funds. The EU is pursuing a more holistic approach and has adopted a very ambitious target for net-zero greenhouse gas emissions by 2050. Along the same lines, the ECB is seriously examining incorporating climate change into its supervisory framework in various ways, including via burdening commercial banks which are exposed to climate change risks with additional capital requirements.

Evidently, such an undertaking is profoundly challenging, requiring a radical transformation of the growth model and consumption habits and, most importantly, strong political commitment. The role of governments and parliaments is of decisive importance in establishing the appropriate institutional, supervisory and legal framework, undertaking the necessary investments in infrastructures, reforming the tax system in the direction of green taxation by burdening the consumption of environmentally damaging products, as well as by facilitating the transition to RE, via various support schemes for enterprises and households. Another top priority is the promotion of the cyclical economic and business model, including recycling and the reduction of waste.

The president of Cyprus recently announced the submission of the Cyprus Recovery and Resilience Plan to the relevant European authorities. The green transition received top priority through allocated investments of €550m, targeting the achievement of the national goal of reducing emissions by 24 per cent by 2030.

Compared to the status quo, Cyprus’ emission reduction target is ambitious. However, it may soon require re-examination, considering consensual scientific findings indicate that the potential repercussions of climate change for the Eastern Mediterranean region are particularly onerous.

Within this framework, additional measures could be considered, including the strengthening of schemes supporting the use of RE, extra support for public transport and sustainable mobile infrastructure, as well as the introduction of supplementary incentives for the promotion of the so-called cyclical development model and the utilisation of recycled products and waste.

A further important element concerns the adaptation to the new environment of: (i) the banking sector, by providing the necessary financing for green private sector activities, (ii) the real estate and construction sector, by targeting environment-friendly construction methods, and (iii) households, by limiting the consumption of products and services which deplete the environment.

There can be no doubt that the short term economic and political costs of green transition are high. However, there is no alternative route as the cost of failing to adapt is much higher. Moreover, in the long term a green economy will be beneficial for all economic agents and its citizens alike.

Re-imagining the sounds of Medieval Cyprus