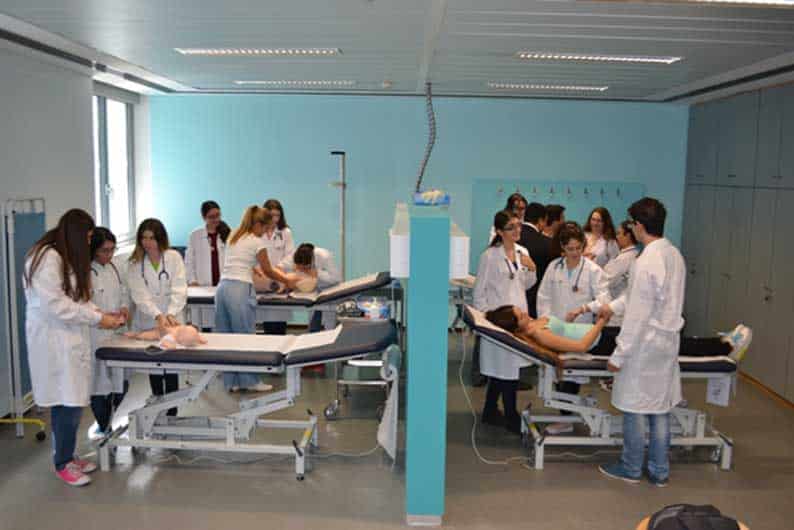 The University of Cyprus has objected to the tenders’ review authority decision to pause the construction of new facilities for the medical school after an appeal by the construction company led to a three to four month delay.

According to an interim order published on the tenders’ review authority’s website, the company appealed to the board after being dropped from the project after claims that it did not deliver everything promised.

The University of Cyprus Medical School opened in 2016 and has been operating at an independent building away from the university campus.

Tenders were invited in October 2020 for the construction of a new building within the campus in Aglandjia, with a three-year timeframe for its completion.

The company asked that temporary measures are taken to delay the completion of the project so that the matter can be handled legally, and a three to four month pause was ordered.

However, the university hit back last week with an objection, arguing that the decision to delay the project could limit the medical school’s redevelopment and ultimately harm public interest.

Firstly, the university’s lawyer argued that any delays will incur extra interest on top of the €20 million it is already set to spend on the project.

At the same time, the delay might drive the project’s donor to rescind the €9 million donation it had promised.

The university also argued that delaying the completion of important teaching rooms would negatively impact teaching, potentially leading to the loss of European teaching programmes due to the unavailability of specialised facilities.

The university will need to rent out external facilities or collaborate with other institutions to continue running said programmes, which would be costly, it said.

The objection concluded that the medical school would become less competitive as a result of all of the above.

In the report, the review authority reminded the university that a tender schedule must always take into account the time needed by the authority to potentially review and process an appeal.

It also added that the three or four month period needed to process the appeal at hand is “not that long,” and is not valid ground for the donors to rescind their donation to the project.

The rest of the university’s claims were dismissed since “the board does not see how they are linked to the financial issues, especially considering that the medical school has never reported any problems with teaching or research”.

If the tenders review board determines that the company was illegally blocked from the project, the latter stands to receive substantial damages from the university.

Roadworks on major roads in Limassol and Nicosia