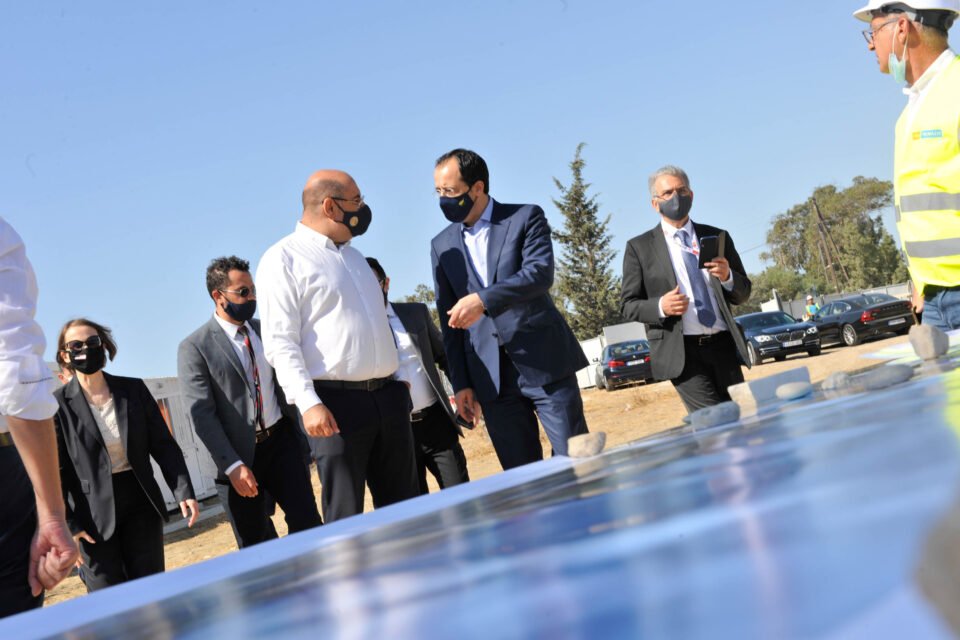 Turkey’s insistence on a two-state solution in Cyprus faces the universal negative reaction of the international community, of the five permanent members of the UN Security Council and the EU, Foreign Minister Nikos Christodoulides said on Thursday.

He was commenting on the announcement on Wednesday by the Turkish National Security Council that Ankara would continue to support a solution of two sovereign, equal, independent states in Cyprus.

The minister was speaking in Larnaca during an inspection of construction works  of the Cyprus Centre for Land, Open Seas and Port Security CYCLOPS, together with US Ambassador Judith Garber and Larnaca Mayor Andreas Vyras.

“We did not expect to hear anything different from the National Security Council of Turkey,” Christodoulides said.

He added that the government’s efforts on the Cyprus problem do not stop because of these statements and this approach by Turkey.

“On the contrary, our persistence, our will, is strengthened, so that conditions are created as soon as possible, for the resumption of substantive talks based on the relevant United Nations resolutions.”

The minister said that what he keeps from this approach by Turkey on changing the basis of the solution of the Cyprus problem, “is the universal negative reaction, not just from the Republic of Cyprus, but also the entire international community, the five members of the Security Council, the EU, that such a thing is not even up for discussion.”

This, he stressed, was also something that the US Secretary of State was clear about in a conversation they recently had on this position by Turkey.

Christodoulides said Nicosia was waiting for the arrival of the UN secretary-general’s special envoy, Jane Holl Lute, as soon as possible, “to see how conditions are created for the resumption of talks.”

Turkey and the Turkish Cypriot leadership are calling for a new form of solution to the Cyprus problem, that of two, sovereign states, arguing that a federal solution is no longer possible.

The Turkish National Security Council, after a meeting chaired by President Recep Tayyip Erdogan, said in a statement that Turkey would continue to support the solution of two sovereign, equal, independent states for a final settlement of the Cyprus problem.

It also said that Turkey will continue to take all necessary measures aimed at the protection of the rights and interests of the Turkish Cypriots.

UN Secretary-General Antonio Guterres announced in April, after the end of an informal summit on the Cyprus problem where no progress was achieved to allow the resumption of substantive talks, that all parties agreed to another such meeting soon.

Lute is expected to arrive soon for consultations with the two sides to prepare the ground of the next informal summit.

Some progress, but urban air pollution still a problem