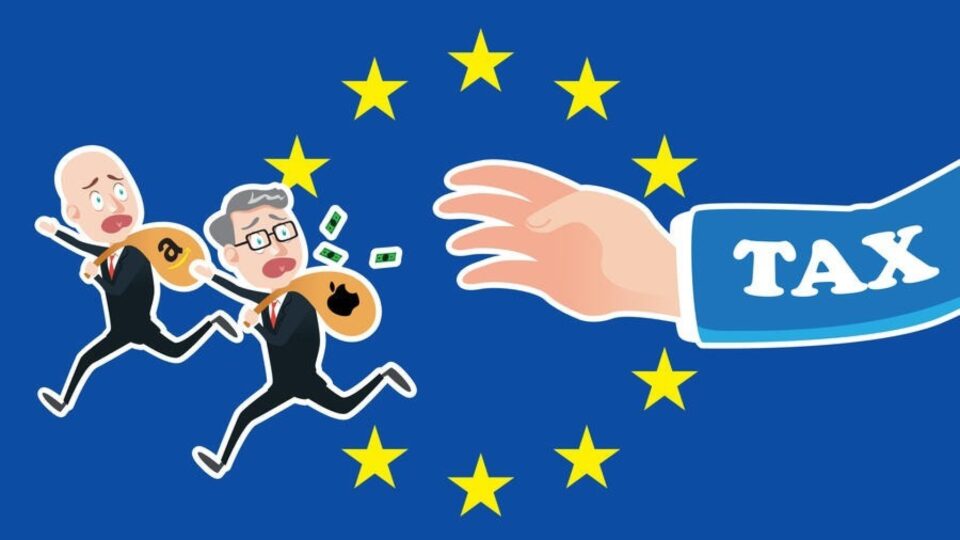 There has been much uproar in the press about how Cyprus could ‘block’ an EU minimum corporate tax proposal, of the type that the G7 policy document released on Saturday has brought forward.

“It is the Member States who determine taxes within their jurisdications, not the EU,” comments James Watson, chief economist at the Brussels-based trade organisation BusinessEurope.

“Neither the European Commission nor the European Parliament has the right to propose tax harmonisation legislation,” insists Nikos Korogiannakis, a lawyer with Elias Neocleous & Co. in Brussels, and an expert on EU law.

That this question should arise is largely the fault of the G7 itself, which drafted a document that begs many questions, legal experts say.

“The G7 proposal is only represents the views of seven countries,” Watson notes. “It will have to achieve a much larger accord before there is any change.”

“There are a number of specific issues that remain to be defined, for example, what the income threshold will be for ‘large companies’ and whether incentives and special taxes will be included in determining a company’s entire tax burden,”  explains Savvas Klitou, head of Tax at Baker Tilly Cyprus.

“There is still a lot of work to do, and support will need to be drummed up among the G20 nations who will meet in Italy next month while the wider negotiations will involve 139 countries,” notes French Finance Minister Bruno Lemaire.

There is only one paragraph in the communiqué by G7 Finance Ministers and Central Bank governors devoted to this subject:

“We strongly support the efforts underway through the G20/OECD Inclusive Framework to address the tax challenges arising from globalisation and the digitalisation of the economy and to adopt a global minimum tax. We commit to reaching an equitable solution on the allocation of taxing rights, with market countries awarded taxing rights on at least 20 per cent of profit exceeding a 10 per cent margin for the largest and most profitable multinational enterprises. We will provide for appropriate coordination between the application of the new international tax rules and the removal of all Digital Services Taxes, and other relevant similar measures, on all companies. We also commit to a global minimum tax of at least 15 per cent on a country by country basis.”

As the tax experts at Reuters point out: “Much still needs to be ironed out – including the metrics that will determine how and to which multinational companies the tax will be applied.”

The reference to the OECD in the proposal is more important than might appear., as Watson points out.

Similarly, Amazon told the Financial Times that it expected the OECD to manage the minimum tax:

“We believe an OECD-led process that creates a multilateral solution will help bring stability to the international tax system,” the company said.

“We expect that the OECD would play a similar role in creating a multi-lateral accord and in enforcing it as it does with other international tax issues,” Watson comments, and this is the view of a number of experts interviewed by the Cyprus Mail.

“This is almost certainly the way in which the proposal will go forward,” agrees Klitou.

For example, the OECD accord on Base Erosion and Profit-Shifting (BEPS) was established in 2016. Over the years more than 135 countries have signed up to the accord which comprises “15 measures to tackle tax avoidance, improve the coherence of international tax rules and ensure a more transparent tax environment.

Countries that did not sign up to the BEPS accord were put on a blacklist, if their tax legislation was too much at variance with the agreement.

Similarly, the OECD in 2014 developed a Common Reporting Standard for the exchange of tax information which ensures that taxpayers cannot hide their status.

“The OECD will first create a multi-lateral accord, and once there is a broad international consensus around it, the harmonisation sought by many countries, as well as the removal of the contentious digital taxes, would be established,” Watson concludes.

What is the Effective Tax Rate?

There has also been some discussion about the corporate tax rate in Cyprus.

According to the European Commission  Directorate General Taxation and Customs Union (DG TAXUD), the “Statutory” Corporate Tax Rate is 12.5 per cent.

Companies, however, do not normally pay this exact rate. Depending on their financial situation, companies pay less or more than the statutory rate.

The “average effective tax rate,” according to DG TAXUD, is 13.4 per cent.

But this is not an exact calculation.

Finance Minister Constantinos Petridis tells us that the “effective taxation is in effect higher than 15 per cent.”

There is no contradiction in that statement, as a large number of factors  determine the exact tax rate for a specific company.

“What is clear is that Cyprus currently competes with lower-tax  jurisdictions outside the EU. Should a globally harmonised tax rate for corporations ever be implemented, it is those countries that will lose out, and not Cyprus which is already competitive,” comments Cosmos Insurance chair Marios Loucaides.

“This minimum corporate tax could be an opportunity for Cyprus to show off the value that it adds, in competitive professional services, low labour costs, and healthy environment. Cyprus should seize this opportunity to bring new companies into the fold because we offer so much,” he concludes.

WHO: Brazil should reconsider Copa host role if it can’t manage risks