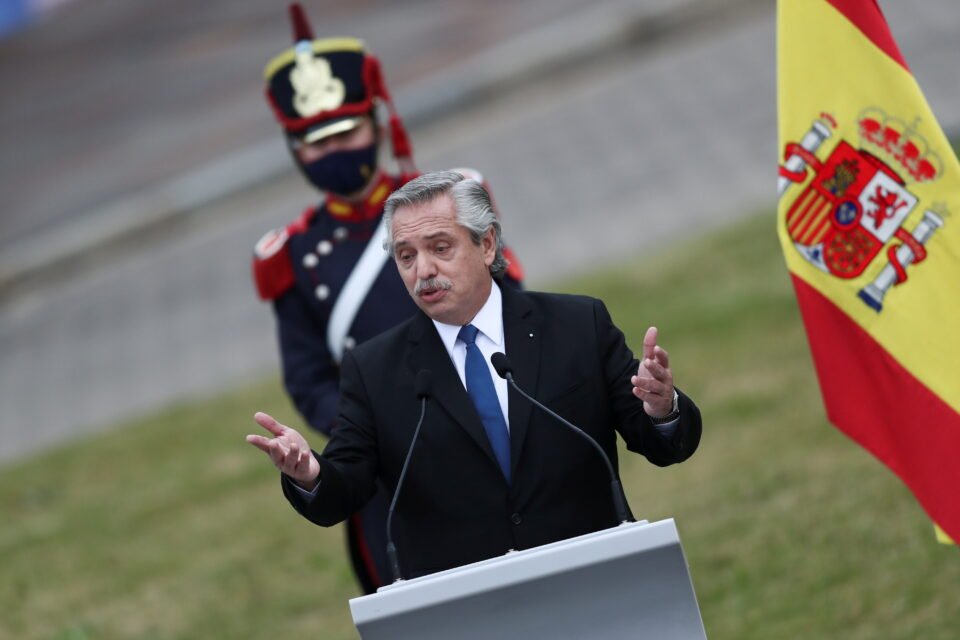 “The Mexicans came from the Indians, the Brazilians came from the jungle, but we Argentines came from the ships. And they were ships that came from Europe,” Fernandez said, referring to the country’s many European migrants. He later apologized for the comments and said his country’s diversity was something to be proud of.

Fernandez seems to have taken the phrase from a song by local musician Lito Nebbia, of whom the President has declared himself an admirer on more than one occasion.

The comments sparked a viral response on social media, with many criticizing Fernandez for racial insensitivity.

2019: “Bolsonaro is racist but Argentina will have a good relationship with Brazil.”

2021: “Brazilians came from the jungle. Argentinians arrived by ship.” pic.twitter.com/M7xTWrDidI

“I did not mean to offend anyone, in any case, whoever has felt offended or invisible, I give my apologies,” Fernandez said on Twitter.

Brazilian media ran Fernandez’s statements on Wednesday and many on social media joked that right-wing President Jair Bolsonaro would enjoy getting back at the left-wing Argentine leader.

Bolsonaro obliged by tweeting a photograph of himself wearing a native head-dress, smiling among a group of indigenous people. The only text in tweet was the word “JUNGLE” in capital letters, flanked by a Brazilian flag emoji.

Eduardo Bolsonaro, a congressman and the Brazilian president’s son, slammed the comments as “racist” and shot a retort back at Argentina over its troubled economy, in recession since 2018.

“I say the ship that is sinking is that of Argentina,” he posted on Twitter.

Netizens on YouTube posted replies under a video of the speech, expressing anger or unease.

“Excuse me, Mexican and Brazilian friends, on behalf of all Argentines we feel a lot of embarrassment. You know how much we love you, and your countries and customs,” said one user under the name Barbara Bongiovanni.

Varosha beaches will be open for summer