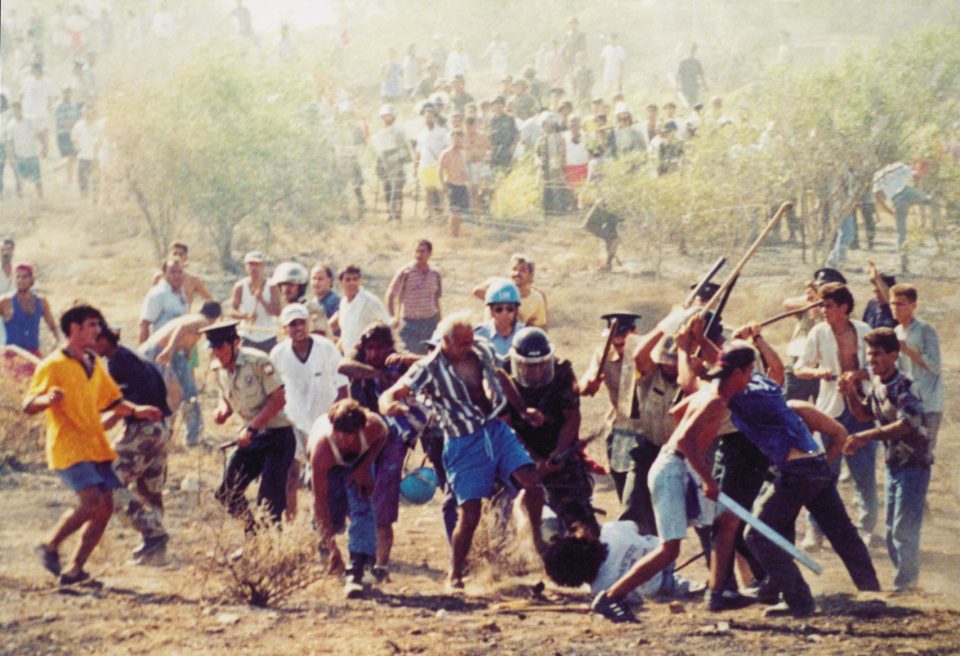 Tassos Isaak was beaten to death in 1996 in Dherynia

The Council of Europe’s Committee of Ministers has called on Turkey to provide by year’s end additional information on a number of issues concerning the deaths of four Greek Cypriots during disturbances occurring in the UN buffer zone in 1996.

The Committee supervises the implementation of judgments by the European Court of Human Rights. In its decision, it also said it will resume examination of these cases in June 2022 at the latest.

The Committee recalled that these cases concern four killings and one life-threatening injury of Greek Cypriots in 1996, three of which took place during demonstrations in or around the United Nations buffer zone in Cyprus, due to excessive use of force or firearms by Turkish or Turkish Cypriot military or “police forces” and lack of effective and impartial investigations. It also recalled that the killing of the applicants’ relative in the Isaak case involved private individuals.

In August 1996, Tasos Isaak was beaten to death in the UN buffer zone by Turkish Cypriots or alleged members of the Turkish organization known as ‘Grey Wolves’.

Later in August, during a demonstration following Isaak’s funeral, Solomos Solomou was shot dead by Turkish Cypriot soldiers as he tried to pull down a flag on the Turkish Cypriot side of the buffer zone.

In October of the same year, Petros Kakoulis was shot dead by Turkish Cypriot soldiers after wandering into the buffer zone.

These incidents were also covered in Amnesty International’s 1997 report.

Regarding the Kakoulis case, the Committee noted that the passage of time makes it difficult to further elucidate the facts, and expressed regret that Turkish authorities did not proactively take efforts to gather additional evidence by hearing additional witnesses.

It called on Turkish authorities to provide a rigorous analysis, done by a competent body, of the precise grounds on which the legal framework authorised the use of lethal force and of the exact provisions which rendered lawful the use of lethal force by the soldier in the circumstances as established by the authorities, as well as to provide translations of the applicable provisions.

Noting with concern, as concerns the Isaak and Solomou cases, that the information provided so far is clearly insufficient to respond to the findings of the European Court, the Committee urged Turkish authorities to indicate the concrete factual and legal reasons for the conclusion that officers and private persons acted lawfully, as well as to provide translations of relevant decisions and materials necessary for understanding these decisions from the 1996 investigations and the 2011 review.

It also asked Turkish authorities to provide information on the measures adopted or envisaged to secure independent investigations of actions of military personnel, in the light of the Court’s findings in the Kallis and Androulla Panayi case and to provide their assessment on the need for measures to ensure that similar domestic investigations do not suffer from the deficiencies identified in these judgments.

The Committee encouraged Turkish authorities to continue their cooperation with the Secretariat and to provide information in response to these questions identified above.