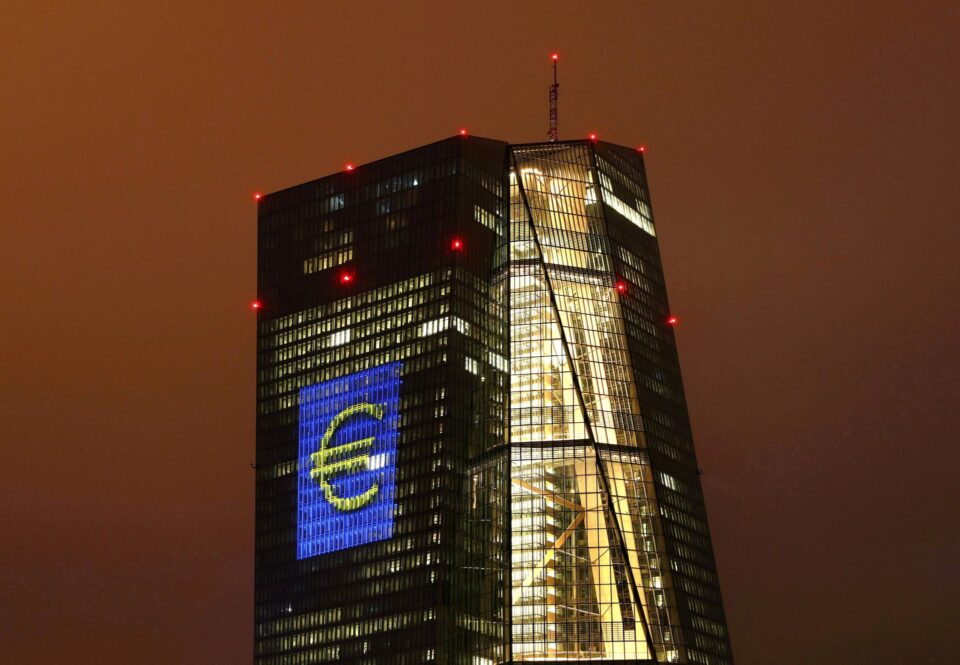 The European Central Bank maintained an elevated flow of stimulus as expected on Thursday, fearing that any retreat now would accelerate an already worrisome rise in borrowing costs and choke off the fledgling recovery.

The 19-country euro zone has relied on copious ECB money printing to finance ballooning government deficits, leaving the economy especially vulnerable to any curb in support as it emerges from a pandemic-induced double-dip recession.

“Net purchases under the PEPP over the coming quarter to continue to be conducted at a significantly higher pace than during the first months of the year,” the ECB said in a statement.

The ECB has bought around 80 billion euros worth of debt per month under Pandemic Emergency Purchase Programme (PEPP) this quarter, up from around 62 billion euros in the first quarter.

The ECB’s reference to the first quarter in Thursday’s statement, however, could also mean it may reduce purchases compared the current quarter, giving it a window of 62 billion to 80 billion euros for bond buys.

The decision is unlikely to shake markets as hints from board members including ECB President Christine Lagarde had made clear the ECB would rather err on the side of caution and not risk an early taper of the bank’s 1.85 trillion euro PEPP.

Maintaining its long-standing guidance, the ECB also said PEPP would last until March 2022 and that it reserved the right to buy less than its purchase quota or increase it as needed to “maintain favourable financing conditions”.

“The Governing Council stands ready to adjust all of its instruments, as appropriate, to ensure that inflation moves towards its aim in a sustained manner, in line with its commitment to symmetry,” the ECB said.

Attention now turns to Lagarde’s 1230 GMT news conference, during which she will also unveil fresh economic projections that are likely to show faster growth and inflation.

Weak medium-term inflation prospects are the key rationale for maintaining copious support. But policymakers are also appear concerned that government borrowing costs are inching up, so that a retreat by the ECB might risk setting off potentially dangerous market volatility.

With growth surging, however, justifying “emergency” measures is getting increasingly difficult and several policymakers have spoken openly about the eventual need to phase out PEPP.

As well as nudging up most, if not all, of its growth and inflation forecasts, the ECB could even upgrade its guidance on growth, declaring risks “balanced” rather than tilted to the downside.

Inflation is also surging and last month exceeded the ECB’s target of just under 2 per cent, a mark it has undershot for most of the last decade.

But the economy will need another year just to grow back to its pre-pandemic level and the inflation jump is mostly a reversal of last year’s energy price plunge, not the start of a new era of price pressures, policymakers have said.

Underlying price pressures, a key focus for the ECB, remain anaemic and wage growth is weak, pointing to excessively low inflation for years to come.

Europe is also far behind the United States in its recovery and is lagging on vaccinations, so that any withdrawal of support ahead of the US Federal Reserve would be seen as a dangerous signal.

US inflation data, due to be published at 1230 GMT, is expected to show a 4.7 per cent increase in prices last month, up from 4.2 per cent in April, with a stronger reading likely to reignite speculation about fewer bond purchases from the Fed.

The end of the emergency buys is coming, however, and policymakers are unlikely to enlarge the scheme or extend it beyond its scheduled end in March 2022 given the economy’s solid rebound, economists polled by Reuters said.

That will put pressure on policymakers to start plotting a course beyond the emergency bond buys. Indications of what that might be could come as soon as September, economists say.

As medium-term inflation prospects remain muted, decreasing buying under PEPP is likely to be accompanied by an expansion of the ECB’s older and less flexible but open-ended Asset Purchase Programme and signals that some ECB support – even if less generous – will continue well into the future.