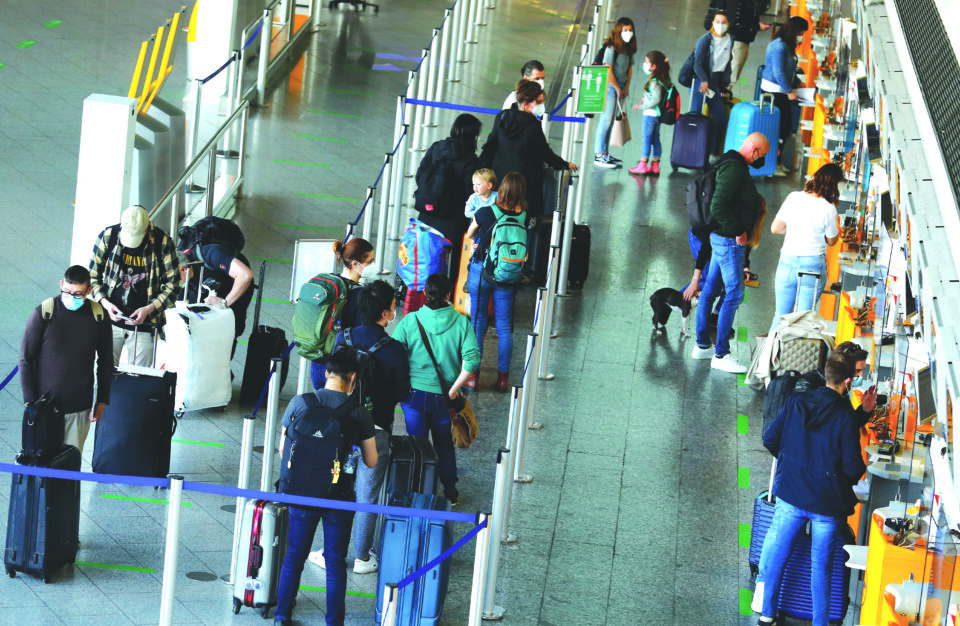 European Union countries agreed on Friday to an easing of travel restrictions over summer that will allow fully vaccinated tourists to avoid tests or quarantines and broaden the list of EU regions from which it is safe to travel.

Ambassadors from the 27 EU member states approved a modified European Commission proposal that people who have been fully vaccinated for 14 days should be able to travel freely from one EU country to another, current EU president Portugal said.

Restrictions for other travellers should be based on the degree to which the country they are coming from has COVID-19 infections under control.

Just over a quarter of EU adults are now fully vaccinated.

The revised guidelines come as the EU introduces COVID-19 certificates that will indicate whether a person is vaccinated, has immunity because they were previously infected, or has had a recent negative test. The system is set to be ready by July 1, although some countries will launch certificates earlier.

As the pace of vaccinations accelerates, the bloc will loosen the traffic light colour coding to represent the relative safety of various EU regions.

The limits for the next, “orange” level will also rise.

For travel from a green zone, there should be no restrictions, from orange – potential for a test; for red – a possible quarantine; and non-essential travel discouraged for “dark red”.

Children aged 12 or more could be tested, but would only quarantine if an adult accompanying also had to.

EU member states will also be able to hit an “emergency brake” to bar all travellers from a region showing a spike in more infectious variants of the disease.

The system is designed also to apply to non-EU members of the open-border Schengen zone – Iceland, Liechtenstein, Norway and Switzerland, but not to former EU member Britain.

A similar traffic light system operates for other countries, with eight on a green list, but not Britain, which is being kept off for now due to the widespread incidence there of the Delta variant of the coronavirus.

Visitors from other countries could also come as long as they can prove they are vaccinated.

Border policy as a whole, though, is a matter for individual EU countries, so they can still set their own rules.