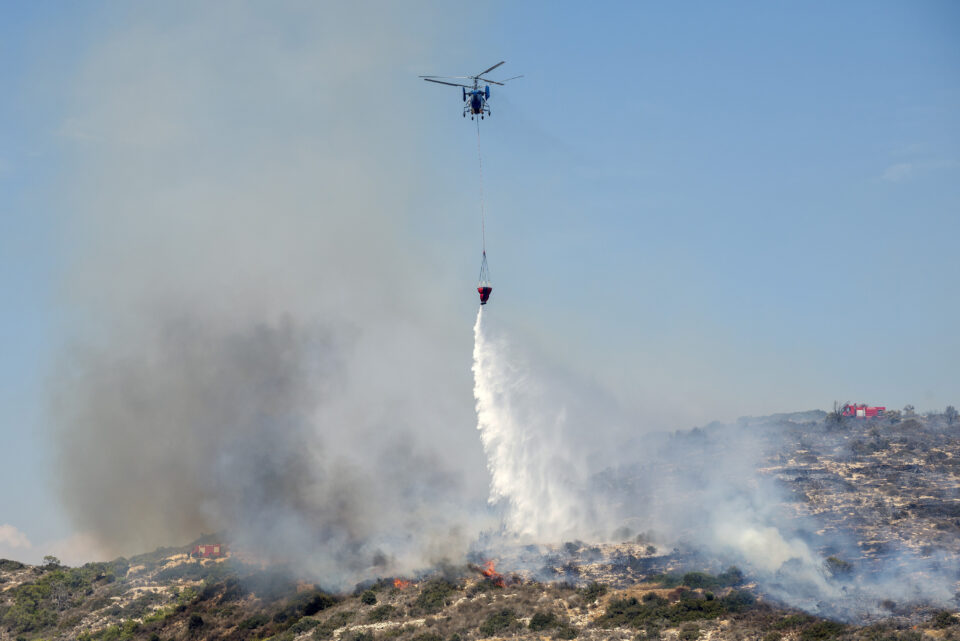 The Parekklisia exit on the Limassol to Nicosia motorway was closed to traffic on Saturday afternoon for around 40 minutes due to a fire raging alongside the road.

The fire, between the Limassol to Nicosia motorway and Parekklisia village in Limassol, was put under control at around 5.30pm. It burned around 10 hectares of dry vegetation and rubbish, fire service spokesperson Andreas Kettis said.

Crews of the fire service, the forestry department, the disaster response special unit (Emak) and civil defence, nine fire engines, two helicopters and two airplanes worked to put the blaze that erupted just before 2pm, under control. Strong winds in the area made the firefighting task more difficult.

Kettis said the fire was burning dry vegetation and was close to houses, but the crews were able to protect the ones in direct danger.

Police had to close the Parekklisia motorway exit to traffic when the blaze was ranging alongside the motorway while it had warned drivers of low visibility due to smoke. The exit to Parekklisia was given back to traffic at around 4pm.

According to Kettis, crews would remain in the area overnight to prevent flare ups.