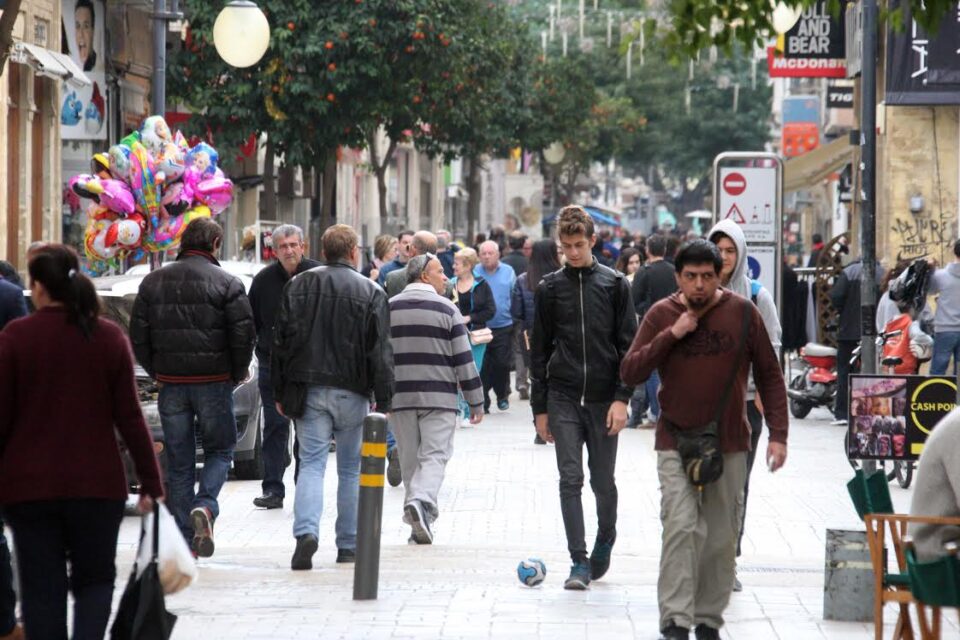 In October a stranger is likely to turn up at your house and start asking you a bunch of personal question such as “how old are you and who else lives here?” – not to worry though, that just means the 2021 census is underway.

The census is essentially a list of numbers which is likely to turn many people off, but it captures – or at least tries to – a snapshot of Cyprus and its people.

The first recorded census in human history dates back to the Babylonians in 4,000 BC, highlighting its essential role in organised society.

Cyprus is set to continue this tradition in October, a process which takes place every ten years and seeks to mainly calculate the population, but the 2021 census will be the last in its current form.

“The census is a fundamental source of information,” Loukia Makri of the Statistical Service (Cystat) told the Sunday Mail.

“The information collected in the census has traditionally been of vital importance to the state, as it provides high quality evidence for informed decision making,” said Makri from the demographic statistics department of Cystat.

The last census took place in 2011: a world just before the Syrian civil war, the 2012-2013 financial crisis in Cyprus, pre-Brexit and pre-pandemic, to name just a few of the tectonic plates which have shifted in the past decade.

And the current census should offer us a glimpse as to how those events have shaped Cypriot society.

For instance, the 2011 census revealed that of the 840,407 people living in the government-controlled areas, 638,124 had their country of birth categorised as Cyprus while 106,561 were from EU countries (which at that point still included the UK). A further 90,405 were categorised as having been born in non-EU countries.

Makri told the Sunday Mail that according to Cystat’s latest estimates in 2019 the population was set around 880,000, with this figure expected to rise further by the time the official census results are published.

And where does such an increase come from?

With a birth rate of 1.3 Cyprus is far off the natural replacement level of 2.1 births per woman.

One such example of the positive net migration may be the fallout from the Syrian civil war.

Back in 2011, the census revealed that there were 3,272 Syrians living in Cyprus. According to an UNHCR report published in March, the number of Syrians in Cyprus who have sought protection since 2011 is more than 12,000.

For context, those born in the UK accounted for the largest single group – of those not born in Cyprus – amounting to 31,495 persons.

Those figures, and the peoples’ lives which they attempt to record, shows us just one of the trends which the census captures: Cyprus is becoming more diverse.

According to the 2001 census, “Between 1992 and 2001 the proportion of residents with foreign citizenship has increased from 4.2 per cent to 9.4 per cent”

But why does any of this matter, and who uses it? As it turns out, the results may just end up contributing to whether or not a new school is built in your area.

“This information is necessary in order to facilitate and support state policies and planning regarding social as well as economic aspects of society,” Makri explained.

So, that could mean which towns or districts require more funding, roads, schools and hospitals – to name just a few items on the government’s list.

And that’s largely in keeping with how the ancient Egyptians utilised the census, as it helped them plan how they would share out the land after the annual flooding of the Nile.

Slightly less appealing however is that the Romans used the census to determine taxes.

But the census is also important for business as it provides aggregate information about the characteristics of the population in different geographical areas and their potential customer needs.

Once the government has gone through the laborious process of compiling all the data, it is up to academics such as Charis Psaltis to pick it apart.

Psaltis, an associate professor of Social and Developmental Psychology at the University of Cyprus, told the Sunday Mail that the census is of vital importance.

“For researchers like us at the university that do representative sample surveys, there is a need to know the exact demographic structure, in terms on the ages, gender, along districts and urban and rural areas.

“Otherwise, a lot of the studies that are supposed to be representative might get their data wrong.”

Even so, Psaltis points out that the census is a valuable trove of information but it is by no means exhaustive.

“The question of who is an internally displaced person is not asked, which is a mistake if you ask me,” he said.

And why is that?

“Because people who study the Cyprus problem and the views of the displaced and how they may differ from other groups, well we’re lacking this information,” he said.

In any case, the census is set for a major shakeup.

The regiment of census takers (1,100 to be exact) which will knock door to door in October is set to be the last time the population of Cyprus is recorded in such a way.

“This is the last door-to-door census of the population to be conducted in Cyprus,” Makri told us.

She said that in the coming years the statistical service is planning to make greater use of registers and administrative sources for the production of population statistics on an annual basis.

“The shift from the method of traditional census taking to the utilisation of administrative sources is expected to bring great benefits, not only with regards to the elimination of costs, but also with reducing the respondent burden, reducing non-response, as well as establishing more flexible and less time-consuming procedures that run on a continuous basis with the use of up-to-date information,” she said.

Arcane and mundane to some, the census in human history has a rich and varied story to tell. It has even been seen as sacrilegious, such as in 17th and 18th century Britain, when some churchgoers were opposed to the census – citing the infamous case of King David in biblical times, whose census was disrupted by a terrible plague.

More recently, controversy surrounded the 2020 US census as former President Donald Trump sought add a citizenship question – which had implications for state funding and Congressional seats.

Whatever the outcome of Cyprus 2021 census, the results and the story it tells will guide business, policy and research for years to come – and chances are you will be included in an excel spreadsheet somewhere.