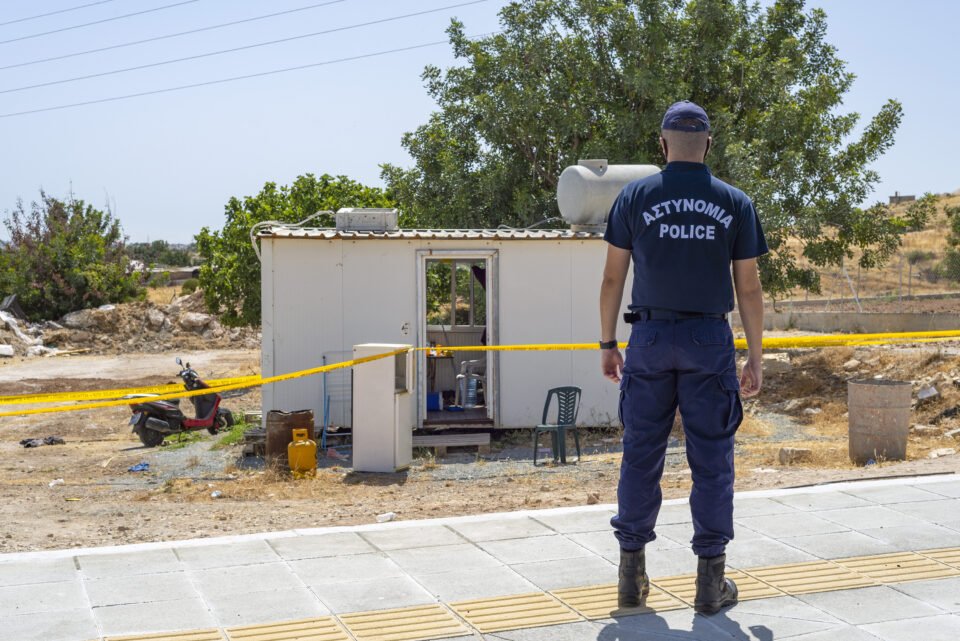 A police officer at the scene of the stabbing

A 27-year-old man wanted for attempted murder has been arrested and is due to appear in court in Limassol on Monday.

Police had been looking for suspect after a 35-year-old man was stabbed at work on a construction site in Polemidia, Limassol on Wednesday.

The alleged perpetrator fled the scene. The victim was rushed to Limassol hospital by his employer with an open wound to the chest and an injury to the lung. He was admitted to the intensive care unit where his condition was described as critical but stable.

The knife was found at the scene.

Police obtained testimony against the suspect who they managed to track down and arrest in the Polemidia area on Sunday after a tip-off.