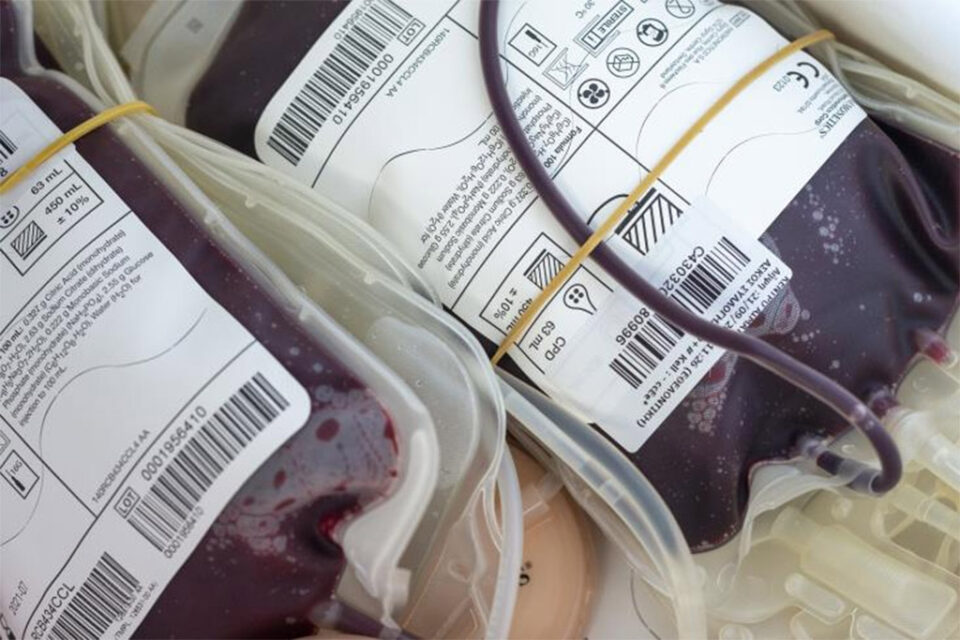 Nearly one in ten Cypriots is a blood donor, among the highest rates worldwide, the Blood Bank of the health ministry said on Monday as it paid tribute to the thousands of donors who have helped make the island one of 62 countries that covers all its needs from volunteer donations.

“In our country, thousands of volunteer blood donors fully cover the need for blood, making Cyprus one of the 62 countries worldwide with full coverage of blood coming from volunteer non-paid blood donations. As a country, we are first among countries of the EU and the world as to percentage of blood donors, which is nine per cent of the population,” it said.

The statement was issued on World Blood Donor Day ahead of a series of blood donations being organised at army camps in all the districts on Monday by the Blood Bank, national guard headquarters, police and the Bank of Cyprus with the support of SupportCY.

The ministry said it wanted to thank the 78,475 blood donors who had given blood this year despite the difficulties created by the coronavirus pandemic.

The biggest blow from the coronavirus outbreak to blood donation was to information campaigns normally held at lyceums, which has prevented the blood banks from boosting their records with new volunteers.

“That is why this year’s World Blood Donor Day also marks our effort to attract new blood donors,” the ministry concluded.

June 14 was designated by the World Health Organisation, the Red Cross and the Red Crescent as World Blood Donor Day to thank all those who offer this valuable gift.

A symbolic ceremony honouring blood donors will be held at Stavris Stylianides army camp in Kornos later on Monday.

Blood transfusions save millions of lives worldwide every year. Blood donors help patients with anemia and other blood conditions, victims of traffic and labour accidents, surgery patients, women during birth and other patients, the ministry said.

Addressing the event in Kornos, Health Minister Constantinos Ioannou said Cyprus was proud of the thousands of volunteer blood donors who made the country self-sufficient in blood.

“The 70,000 units of blood collected, and the 140,000 blood derivatives transfused each year prove the altruism and social sensitivity which characterises the citizens of Cyprus,” he said.

But he said the ministry went beyond just praise and expressions of gratitude, having included the construction of a new, modern €4.3m blood centre in the proposed projects of its recovery and resilience programme.

He also thanked the national guard, police and Eldyk for the consistent support to the blood donations as well as to church committees, cultural centres, municipalities, communities and other organised groups who host blood drives, the Bank of Cyprus for its support and SupportCY for their volunteer work.

The minister had special words of thanks for staff of the blood bank who had protected the transfusion chain during a very difficult period.

And he appealed to the young to sign up as volunteers, saying “we need new blood.”