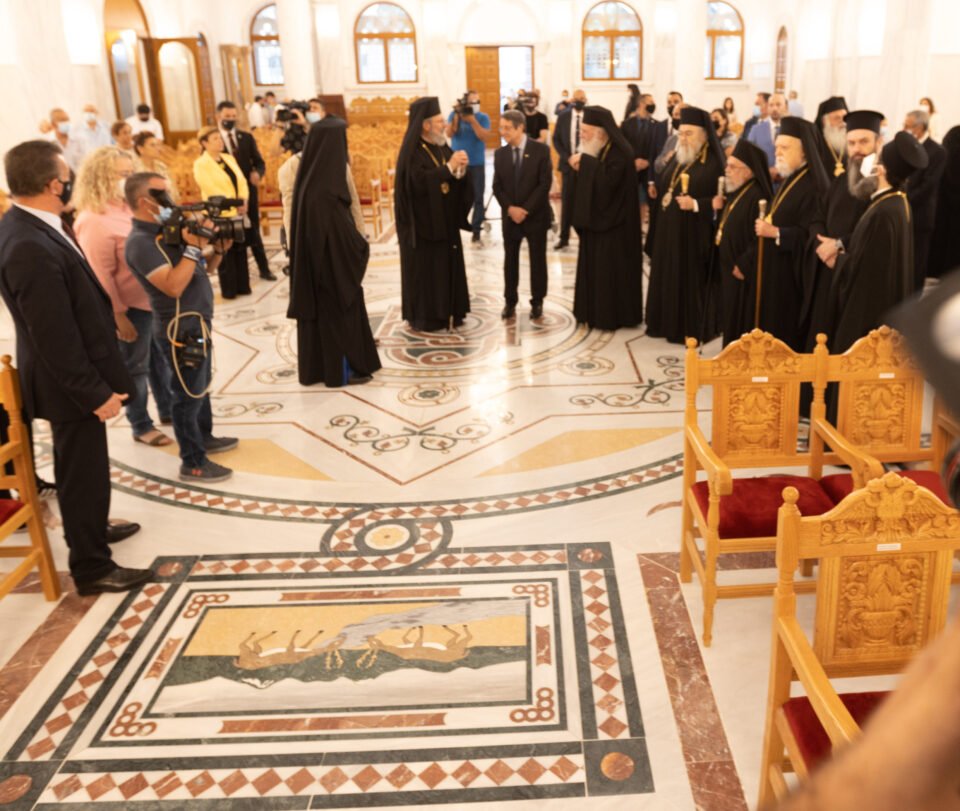 The rift splitting the Holy Synod of the Church of Cyprus remains in place after six out seven of its members who disagreed with Archbishop Chrysostomos’ recognition of the independence of the Orthodox Church of Ukraine last year did not attend the inaugural service at the new Nicosia cathedral during the weekend.

The division started after Archbishop Chrysostomos commemorated the Metropolitan of Kiev and of Ukraine Epiphany among the heads of the churches in November 2020, thus recognising the independence or autocephaly of the Church of Ukraine. Its independence has been vehemently opposed by the Russian Orthodox Church

The move caused a schism within the Synod, but, following a vote among bishops, a majority decision was taken not to oppose Chrysostomos.

The Synod voted ten to seven not to oppose Chrysostomos’ decision, but a division remained.

Out of the seven bishops opposed to the archbishop’s, only Bishop Porphyrios of Neapolis attended the cathedral’s inauguration, which was also attended by the Archbishop Ieronymos II of Athens.

Among the most prominent bishops who did not attend the inauguration was also Bishop Neophytos of Morphou who, aside from not agreeing on the autocephaly of the Church of Ukraine, has made waves over his anti-vaccine rhetoric and criticism of the handling of the pandemic.

He said he would not get the jab because he did not want to become like a genetically modified product. He made the comments in the face of the Holy Synod’s calling on the faithful to get vaccinated.

His comments were heavily reprimanded by the Church of Greece. In a letter to Archbishop Chrysostomos, Ieronymos II said that what Bishop Neophytos had been preaching about prophecies, the coronavirus and the vaccines was negatively affecting the faithful.