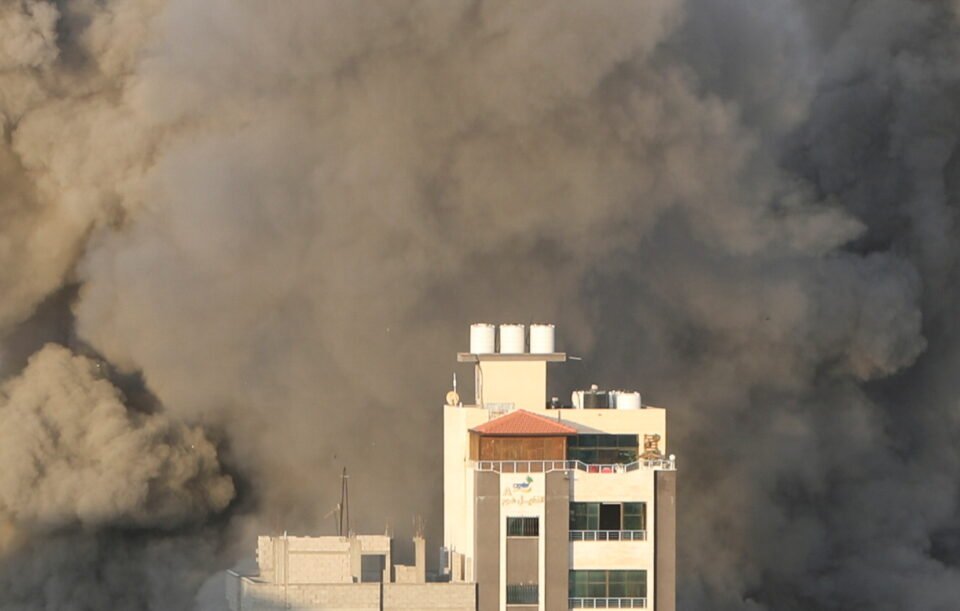 Israeli aircraft struck Hamas sites in Gaza on Wednesday after incendiary balloons were launched from the Palestinian enclave in the first such attacks since the end of 11 days of cross-border fighting last month.

The overnight airstrikes gave way to calm by morning, and there were no reports of casualties on either side.

The flare-up, a first test for Israel’s new government, followed a march in East Jerusalem on Tuesday by Jewish nationalists that had drawn threats of action by Hamas, the ruling militant group in Gaza.

The Israeli military said its aircraft attacked Hamas armed compounds in Gaza City and the southern town of Khan Younis and was “ready for all scenarios, including renewed fighting in the face of continued terrorist acts emanating from Gaza”.

The strikes, the military said, came in response to the launching of balloons laden with incendiary material, which the Israeli fire brigade reported caused 20 blazes in open fields in communities near the Gaza border.

A Hamas spokesman, confirming the Israeli attacks, said Palestinians would continue to pursue their “brave resistance and defend their rights and sacred sites” in Jerusalem.

Israel, which occupied East Jerusalem in a 1967 war and later annexed it in a move that has not won international recognition, regards the entire city as its capital. Palestinians want East Jerusalem to be the capital of a future state that would include the West Bank and Gaza.

Prior to Tuesday’s march, Israel beefed up its deployment of the Iron Dome anti-missile system in anticipation of possible rocket attacks from Gaza.

But as the marchers began to disperse after nightfall in Jerusalem, there was no sign of rocket fire from the enclave.

The procession was originally scheduled for May 10 as part of “Jerusalem Day” festivities that celebrate Israel’s capture of East Jerusalem.

At the last minute, that march was diverted away from the Damascus Gate and the Old City’s Muslim Quarter, but the move was not enough to dissuade Hamas from firing rockets towards Jerusalem, attacks that set off last month’s round of fighting.