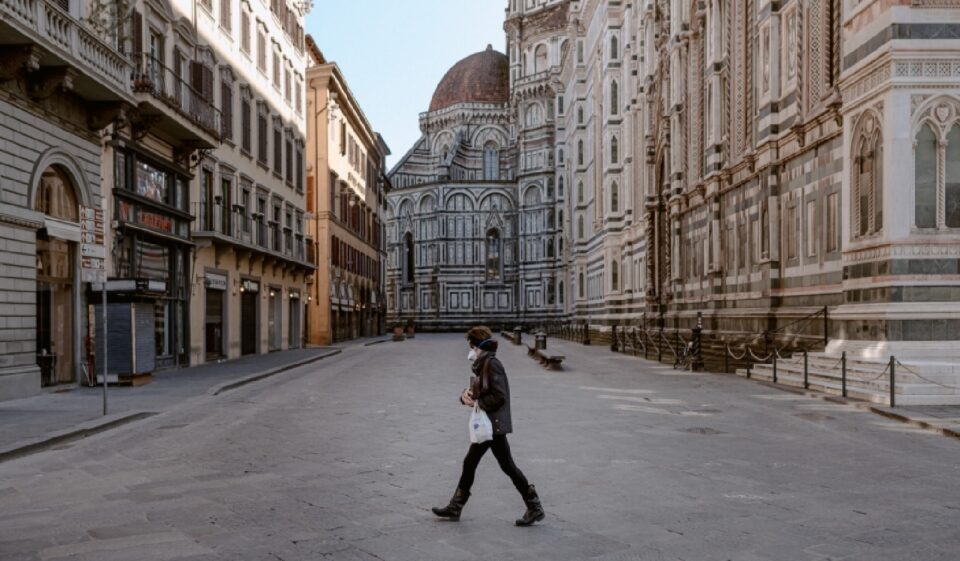 Italy in the pandemic

Many Italian scientists agreed that it was almost certain that the virus was in circulation within Italy’s borders before it was formally identified in January 2020, but remain split over the exact timing of the spread of the Covid-19 pandemic in the country.

Italy was the first western country hit hard by the pandemic. The World Health Organization (WHO) was evaluating evidences from Italy that the coronavirus or a similar virus may have been circulating in Italy months earlier than generally believed, Emanuele Montomoli, a professor of public health at the University of Siena, told Xinhua recently.

The first cases of the virus infection in Italy were found in Rome in January 2020, but a dramatic increase in cases has taken place since Feb. 21, and the first Italian deaths from Covid-19 were recorded a day later.

Giovanni Apolone, a researcher with Italy’s National Cancer Institute, reported in November last year that his team found evidence of coronavirus antibodies in the blood of four Italian cancer test subjects in early October 2019, meaning they would have been infected by the virus in September.

Soon after that evidence was revealed, the WHO requested that 30 biological samples from the study be sent to the Erasmus University in Rotterdam for further study.

Last December, a team of researchers at the University of Milan’s Global Health Center led by the center’s director, Mario Raviglione, found evidence of coronavirus antibodies from a four-year-old who was ill in late November 2019.

The child was diagnosed with measles — an easily curable viral infection common in small children — after a test on Dec. 5 of that year.

Additionally, German virologist Alexander Kekule said in December 2020 that evidences showed that there was “an undetected outbreak of the original virus in Northern Italy in the early weeks of 2020.”

The time between the arrival of the virus and its official detection allows the virus to mutate into a deadlier variant, which helps explain why Italy was hit so hard by the outbreak, the experts agreed.

Apolone, Raviglione, and Kekule have all told Xinhua that although their research did not cast doubt on the origins of the virus, it did call into question about the exact timing of the spread of the pandemic.

“What appears to be inaccurate is when the first infections appeared,” Apolone said during a media briefing after the institute’s findings were revealed.

Fabrizio Pregliasco, a virologist and director of Milan’s Galeazzi Institute of Hospitalization and Scientific Care, told Xinhua the growing collection of evidences about an early spread of the virus is convincing.

“I think that what we saw in January and February of 2020 was like the tip of an iceberg,” Pregliasco said.

“It’s possible the number of infections was relatively small and that the earliest patients were asymptomatic, but it’s clear that what we understood early on was just a small part of what was really happening at the time,” he said.

Pregliasco said the notion that the coronavirus could have been in Italy weeks or months before it was officially recognized in January “should continue to be studied.”

But Francesco Luchetta, a public health commentator and a leading coronavirus analyst, was less convinced.

“I can believe the virus was in circulation in small numbers in Italy in December 2019 or January 2020, but I’m not convinced by the idea that it was in Italy in September or October in 2019,” Luchetta told Xinhua.

“If we look at the way the virus spread so quickly in February and March (2020), the same thing would have happened much sooner if the virus had been present so earlier,” he added.

There has been speculation in the Italian media that the presence of the coronavirus so much earlier could help explain reports of a particularly severe flu season in Milan between October and December 2019.

In a bulletin dated Dec. 24, 2019, Italy’s Ministry of Health reported high levels of “unusual” strains of flu and pneumonia concentrated in the area around Milan and appearing in 17 of Italy’s 20 regions.

On Jan. 7, 2020, Corriere Della Sera, Italy’s most widely-read newspaper, ran an article about inflammation in patients apparently caused by the “pneumococcus bacterium,” but noting that some cases seemed to be caused by a virus.

The article said some hospitals in Milan had to use extra beds to accommodate the unusually high number of patients.