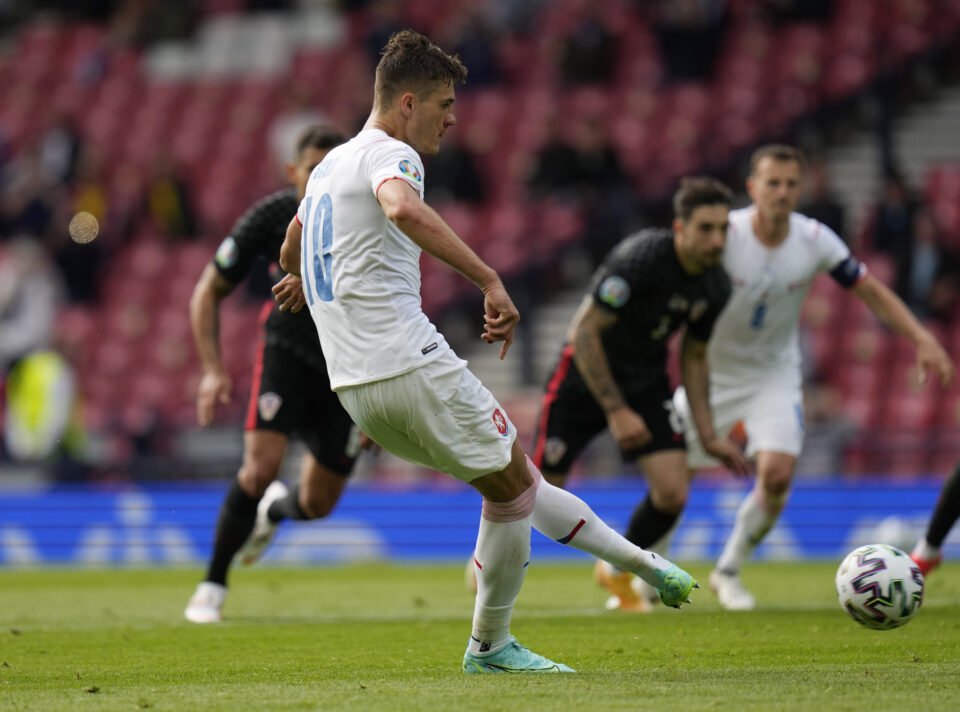 The Czech Republic closed in on the Euro 2020 knockouts on Friday as Patrik Schick’s first-half penalty helped them secure a 1-1 draw with Croatia, whose own qualification hopes will go down to the wire.

Schick, who took his tally for the tournament to three, picked himself off the turf and wiped blood from his nose before burying a 37th minute spot kick, awarded after Dejan Lovren’s flailing elbow clattered into the striker’s face.

That was not enough to secure victory, however, as Ivan Perisic’s superb leveller shortly after the break gave Croatia renewed hope of making it through.

The result left the Czechs with four points from their two games and a giant step closer to booking their spot in the last 16. They face England in their final game at Wembley on Tuesday knowing victory would see them top the group while defeat would probably not be fatal.

For Croatia, who have one point, the situation is more pressing. They face Scotland at Hampden Park in their final outing knowing defeat would end their campaign, while victory would put them in a good position to reach the knockouts.

Zlatko Dalic’s side showed little against the Czechs to strike fear into Scotland however.

They are clearly not as potent a force as when they reached the World Cup final in Russia in 2018 with a team bursting with ingenuity and armed with the weapons to turn their passing game into goals and chances.

The current side, who have claimed just two wins in their last 11 games, now seem to lack the inherent self-confidence they had three years ago and lack bite up front.

The same cannot be said for the Czechs, who in Schick possess a marksman fuelled on the self belief that comes from putting the ball in the back of the net.

After his double against Scotland, including an astonishing effort from near the halfway line, he netted a ninth goal in his last 12 international appearances to go top of the Euro 2020 scoring charts.

Schick should have opened his account after 17 minutes but failed to connect properly with Vladimir Coufal’s cross from the right, but he did not have to wait long to find the net.

The penalty award will no doubt spark debate, but Lovren’s elbow was raised high above his shoulder when he caught Schick square in the face, even if the contact was entirely accidental, and the referee had little doubt after reviewing the incident on the pitchside monitor.

Schick stepped up to take the kick, wiping away the blood still dripping from his nose, and slammed the ball left-footed into the bottom corner.

Croatia should have immediately struck back when Ante Rebic went through at the other end, but the winger, deployed for the second game running in an unfamiliar “false nine” role, lacks Schick’s killer instinct and sliced wildly wide off target.

His game lasted only 45 minutes, as he was taken off at halftime and Croatia came out renewed after the break.

Perisic, restored to the left flank, was played in down the channel and cut in on his right foot, curling a powerful effort into the far corner, becoming the first Croatian to score at four major tournaments after goals at the last two World Cups and at Euro 2016.

There were few good chances after that although Schick should perhaps have done better with a header from a corner and substitute Adam Hlozek also volleyed wildly over for the Czechs.

For Croatia, substitute Nikola Vlasic scooped an effort over the bar, but there was little else for their fans to get excited about.