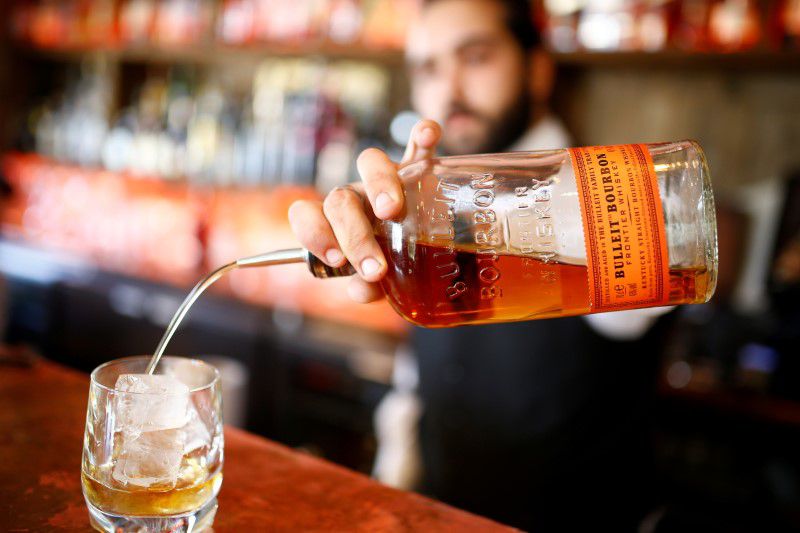 The drinks industry welcomed a trade truce between Britain and the United States on Thursday that saw tariffs removed on Scotch whisky and most other spirits, although they called for further efforts to remove the last export duties on American whiskey.

Although the trade dispute had focussed on a 17-year tussle over subsidies for US planemaker Boeing (BA.N) and European rival Airbus (AIR.PA), the drinks industry got caught up in it when former US President Donald Trump slapped 25 per cent tariffs on Scotch whisky in 2019.

Those tariffs – which had already been suspended earlier in the year – now end for at least five years as a result of the deal struck by Britain and the United States. read more

“This is very good news for Scotch Whisky. The past two years have been extremely damaging for our industry,” said Karen Bett, chief executive of the Scotch Whisky Association, adding that the industry had lost over 600 million pounds ($840 million) in exports as a result of the 25 per cent tariff.

“This deal removes the threat of tariffs being reimposed on Scotch Whisky next month and enables distillers to focus on recovering exports to our largest and most valuable export market.”

Noting the truce had not fully resolved the underlying dispute, she urged the governments to keep on working constructively.

The deal also helps US exporters of rum, brandy and vodka, which will see 25 per cent tariffs of their own products also lifted.

But exports of bourbon and other American whiskeys to Britain and the European Union are still subject to tariffs imposed in retaliation over a separate dispute about steel and aluminium.

“This puts American Whiskeys at a serious competitive disadvantage in the UK and the EU, our two most important export markets,” said Chris Swonger, president and CEO of the Distilled Spirits Council.

“We hope this positive momentum will also lead to the prompt and permanent removal of the EU and UK’s tariffs on American Whiskeys.”