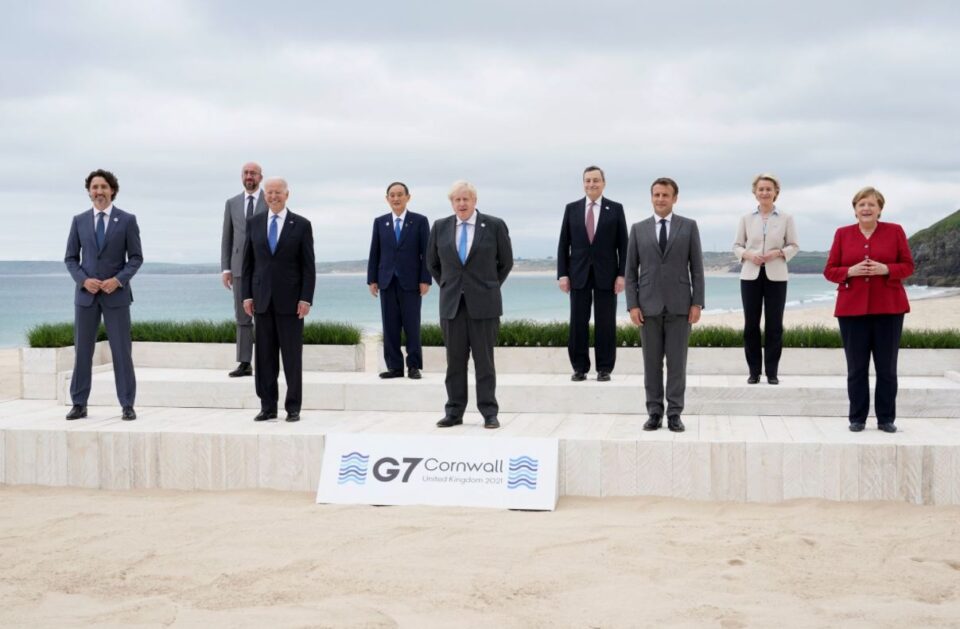 China leads all the G7 countries combined in the number of doses it has delivered to poorer countries in Asia, Africa and Latin America.

At the recent G7 summit, US president Joe Biden promised to distribute 500 million doses of Covid-19 vaccines free to the poorer countries by the middle of next year. That’s more than a drop in the bucket, but not much more. A tablespoon in the bucket, perhaps.

And the other six ‘Gs’ (Canada, France, Germany, Italy, Japan, and the United Kingdom) have pledged around the same number of free jabs for poor countries on the same timetable. So around a year from now the seven richest Western countries will have given out around one billion free doses of Covid vaccines. Pretty generous, no?

No. China leads all the G7 countries combined in the number of doses it has delivered to poorer countries in Asia, Africa and Latin America. Most are sold at close to cost price, and sometimes, for the poorest, with cheap credit as an added attraction. Around half of all the doses going to the less-developed countries are Chinese.

China is not sacrificing its own people for this: it has already vaccinated about 40 per cent of its population, roughly the same ratio as the United States. Yet its share of the vaccines used in developing countries is likely to rise even further.

Well, good for China. Sure it’s buying influence with its generosity, but what’s wrong with that? If the G7 countries want to counter it, they shouldn’t resort to cheap propaganda about Chinese vaccines being ineffective (they’re not), and they shouldn’t claim that they have to vaccinate all their own people first. Instead, try being equally generous.

But ‘generous’ is actually the wrong word. ‘Self-interested’ is a better word, because leaving large populations unvaccinated anywhere guarantees that new variants will arise, some of them more infectious and/or more deadly, and will spread into the countries that think they have made themselves safe.

Take India, for example. It had a quite good ‘first wave’, with apparently low Covid casualties. Everybody knew that there was some under-counting of fatalities, but the worst-case estimate was that the real Indian death rate might be five times higher – which would still be no worse than France.

Only 3 per cent of Indians are vaccinated, but Prime Minister Narendra Modi’s government got so cocky that it authorised all sorts of crowd events like election campaigns and religious festivals – and then in early 2021 the ‘Indian variant’ arrived. (Modi doesn’t like that phrase, so we’re now supposed to call it ‘Variant D’.)

The new variant swept through India like a scythe, with daily death tolls as high as Brazil or the United States in their worst moments. But of course India has four times as many people as the United States, so it wouldn’t really be all that extraordinary even if its true death toll from Covid-19 were up to five times higher.

Recently, however, an enterprising Indian data journalist called Rukmini S., writing for online news site Scroll.in, checked out the official statistics in the state of Madhya Pradesh. It turned out that total recorded deaths from all causes, known or unknown, had tripled in April and May.

Since there was no war, no natural disaster, no other plague striking Madhya Pradesh at that time, it makes sense to assume that the huge surge in deaths was mostly due to Covid-19. But on that assumption, Covid deaths in Madhya Pradesh in May were not five times higher, but up to 42 times higher than the recorded Covid mortality  figure.

Rukmini S. did a similar investigation for the state of Andhra Pradesh, and got similar results (34-fold higher). This is what happens when you have a still largely unvaccinated population and you take your eye off the ball. The virus mutates, and it spreads like wildfire.

Even a half-vaccinated population is not safe. The first ‘Variant D’ infection was only detected in England in April, but it already accounts for 90 per cent of new infections there, and the UK has just extended its lockdown measures for another month.

Only 10 per cent of infected Americans have the Indian variant, but that just means they are six weeks behind the British. And while this variant, though much more infectious, is only a bit more lethal, other mutations of the virus may be less accommodating.

Nobody is safe until everybody is safe. Relative safety would require having 40 per cent of the world’s population vaccinated by January, and 60 per cent by mid-2022 – at a total cost, according to the International Monetary Fund, of around $50 billion.

The billion doses promised by the G7 for mid- 2022 just don’t cut it, and even an extra billion from China is not enough. Two doses each for five billion people is what’s needed. Or we can choose to live with the killer variants instead.