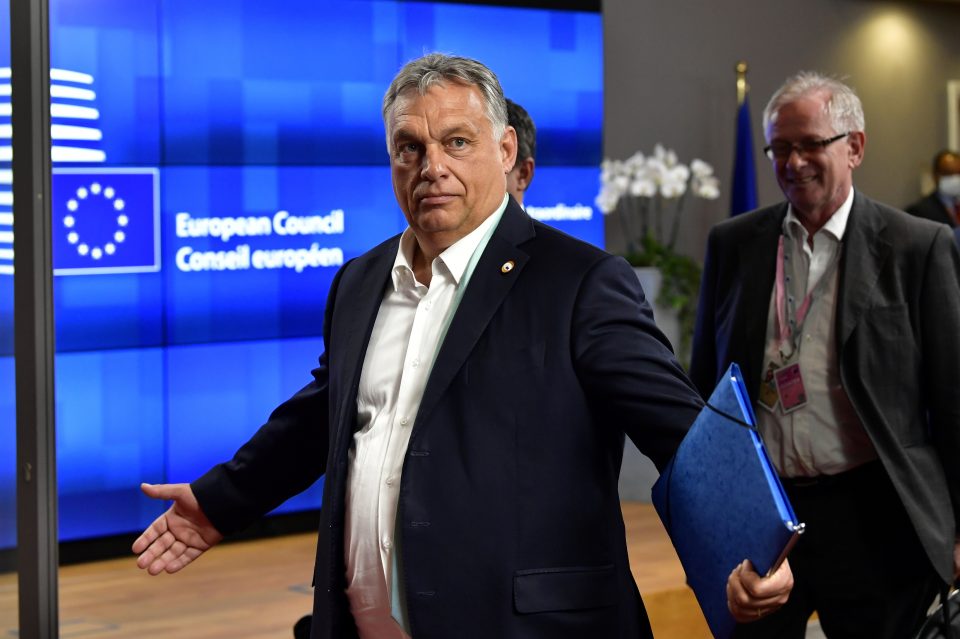 June 23 (Reuters) – The European Commission will take action against Hungary over planned new restrictions on LGBT rights, the head of the bloc’s executive announced on Wednesday, saying they violated fundamental EU values.

Hungary’s parliament last week approved a bill that bans the dissemination of material in schools deemed to promote homosexuality or gender change, despite protests and criticism from human rights groups and opposition parties.

“The Hungarian bill is a shame,” European Commission chief Ursula von der Leyen told reporters in Brussels, stressing the EU would not compromise on principles such as human dignity, equality and the respect for human rights.

“I have instructed my responsible commissioners to write to the Hungarian authorities expressing our legal concerns before the bill enters into force.”

Hungary’s president, a former lawmaker from the ruling Fidesz party, is expected soon to sign the bill into law.

On Tuesday, Germany, the Netherlands, Sweden, France, Ireland and other European countries condemned Hungary over the law. A Swedish minister described it as “grotesque”.

German Chancellor Angela Merkel on Wednesday called the bill wrong and not compatible with her ideas, while her Christian Democrat Party’s most prominent gay politician, Health Minister Jens Spahn, vented his anger about UEFA.

The governing body of European football had prevented the Munich soccer stadium from being illuminated in rainbow colors – a symbol of gay pride – for Germany’s Euro 2020 match against Hungary later in the day.

“This decision angered me,” Spahn told Handelsblatt newspaper, adding he found it “very irritating” that UEFA had an issue with the colours of the rainbow, but not with sponsors from “authoritarian states” such as China, Qatar and Russia.

Facing an election next year, Hungarian Prime Minister Viktor Orban has grown increasingly combative on social issues, saying he wants to protect traditional Christian values against what he sees as the excesses of Western liberalism.

He rejected von der Leyen’s remarks as “shameful” and based on false statements.

“The recently adopted Hungarian bill protects the rights of children, guarantees the rights of parents and does not apply to the sexual orientation rights of those over 18 years of age, so it does not contain any discriminatory elements,” Orban said in a statement.

“So I will use all the powers of the Commission to ensure that the rights of all EU citizens are guaranteed – whoever you are and wherever you live.”

The EU has long accused Hungary of undermining the rule of law and has launched a formal legal investigation of Orban‘s government.

In a decade in power, Orban has used public money including EU funds to build a loyal business elite while curbing the independence of the media, nongovernmental organisations and universities, his critics say. Orban, who has a large parliamentary majority, denies undermining Hungarian democracy.