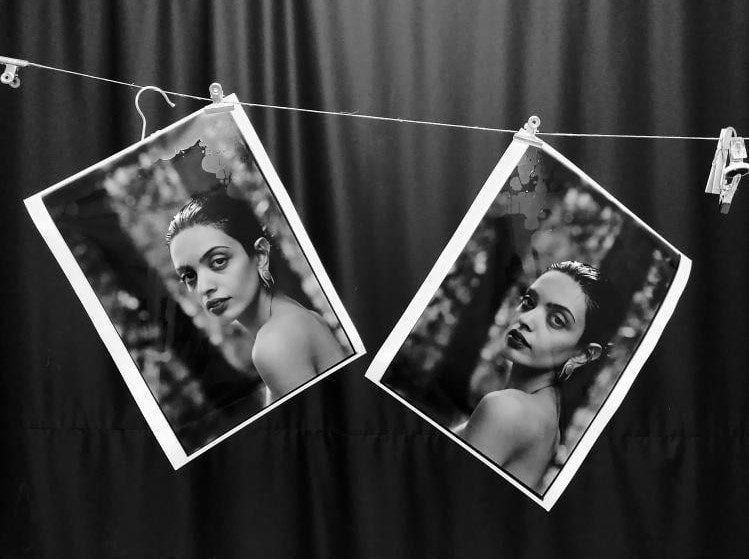 They say there is beauty in simplicity. In photography, shooting in film is sometimes humbler than shooting digital though the process is more complex. It has no filters, no auto mode. You have only one chance to get a shot right, and must patiently wait to meet it for the first time in the darkroom. It is a lengthy process. One young self-taught Cypriot photographer is discovering the intricate world of black and white film photography and presents her first solo exhibition Nereids from June 29 at Noise in Nicosia.

Loukia Hadjiyianni, 25, moved back to Cyprus a year ago after her studies in the Netherlands. Though her degree was in Neuroscience, which allowed her to learn more about the human brain and psychology in general. This interest in individuals also appears in her photography as she mainly shoots portraits of women.

At university when a friend took her portrait on an analogue Hasselblad camera she was drawn in. “He was the first person to introduce me to film photography and darkroom printing,” she explains, “and I found the process fascinating.” Since then, she began exploring film photography and various themes and it is photographing people that has been the most interesting and challenging subject for Loukia. A recent interest in femininity and the human body led to a series of photoshoots with women in their most pure form – nude.

“I want to understand what femininity means to other women, their relationship with their body and with each other. I find inspiration in the women around me.

“There is something different about a person when they are without clothes,” she says. “More vulnerable, more real. Perhaps clothes are often a carefully crafted statement of one’s perceived identity of themselves. Or the identity they wish to communicate to the world, which might not be the same with who they are when alone under the shower.”

Her exhibition, at Noise photography shop in old Nicosia between June 29 and July 15, will feature portraits of women that Loukia has been photographing this past year. A lot of it is black and white and by the sea.

In ancient Greek mythology, Nereids were goddesses of the Aegean. They were beautiful, kind and protected sailors and fishermen.

Loukia’s photographs have a story to tell about femininity and its perception and her current work as a videographer and video editor for a local marketing agency derive from her passion for using the camera as a means of storytelling.

Though still early in her fine art photography hobby-career and slightly unaware of how to make it more viable, Loukia says she would like to make more time for it. Presenting her solo exhibition is the first step.

Founder and owner of Noise, photographer Andreas Loucaides is eager to host his first exhibition with Loukia’s photographs. The unpretentiousness nudity and practice of analogue photography in the times of digitalization is what he says makes her images stand out. “I’m very excited that Loukia is having her first exhibition at Noise,” he shares, “and that she is presenting her photographic work in Cyprus for the very first time. I’m looking forward to it!”

It is not just that this 25-year-old artist is choosing to work with film during a time when mobile photography is booming that makes her work remarkable. Loukia’s process is a 360 approach to photography, witnessing the formation of an image through its many steps.

Recently she has set up her own darkroom, learning to print everything by hand to understand this important part of the process. “I would say it is as essential as taking the actual picture. Since the photos were not made in a digital format, a lot of what defines their final form is the choice of paper, chemicals and exposure time.”

“Film forces me to work much slower and to be more conscious of the work. I also find it a much more romantic approach to photography. I find the entire process much closer to life. More human.”

How a rescued pit-bull puppy got her tail wags back