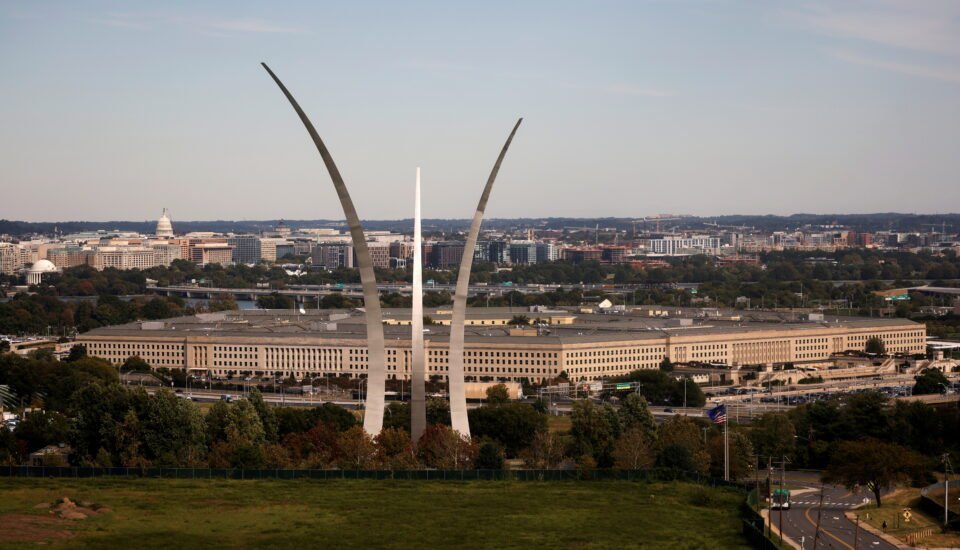 The Pentagon building in Arlington, Virginia

A US government report on UFOs issued on Friday said defence and intelligence analysts lack sufficient data to determine the nature of mysterious flying objects observed by American military pilots including whether they are advanced earthly technologies, atmospherics or of an extraterrestrial origin.

The unclassified nine-page report https://www.dni.gov/files/ODNI/documents/assessments/Prelimary-Assessment-UAP-20210625.pdf, released to Congress and the public, encompasses 144 observations – mostly from US Navy personnel – of what the government officially calls “unidentified aerial phenomenon,” or UAP, dating back to 2004.

Labelled a preliminary assessment, it was compiled by the Office of the Director of National Intelligence in conjunction with a Navy-led task force created by the Pentagon last year.

“UAP clearly pose a safety of flight issue and may pose a challenge to US national security,” the report stated, adding that the phenomena “probably lack a single explanation.”

The report marked a turning point for the US government after the military spent decades deflecting, debunking and discrediting observations of unidentified flying objects and “flying saucers” dating back to the 1940s.

The report includes some UAP cases that previously came to light in the Pentagon’s release of video from naval aviators showing enigmatic aircraft off the US East and West Coasts exhibiting speed and manoeuvrability exceeding known aviation technologies and lacking any visible means of propulsion or flight-control surfaces.

All but one of the listed sightings – an instance attributed to a large, deflating balloon – remain unexplained, subject to further analysis, the report said. For the other 143 cases, the report found that too little data exists to conclude whether they represent some exotic aerial system developed either by a US government or commercial entity, or by a foreign power such as China or Russia.

In some observations, UAP appeared to exhibit “unusual patterns or flight characteristics,” but those may stem from sensor glitches or witness misperceptions and “require additional rigorous analysis,” the report said.

Analysts have yet to rule out an extraterrestrial origin, senior US officials told reporters, speaking on condition of anonymity. The report’s language avoided explicit mentions of such possibilities.

Asked about potential alien explanations, one of the officials said: “That’s not the purpose of the task force, to evaluate any sort of search for extraterrestrial life. … That’s not what we were charged with doing.”

“Of the 144 reports we are dealing with here, we have no clear indications that there is any non-terrestrial explanation for them – but we will go wherever the data takes us,” the senior official added.

The study documented 11 UAP near-misses reported by pilots and a small number of cases in which military aircraft “processed radio frequency energy associated with UAP sightings.” Most reports also described objects that interrupted training or other U.S. military exercises, it stated.

The task force focused on phenomena witnessed first-hand by military aviators, with 80 reports involving detection by multiple sensors, the report said. Most were from the past few years.

The senior official said the findings did not provide any “clear indications” that the UAP are part of a foreign intelligence-collection programme or a major technological advancement by a potential adversary.

The government in recent years has adopted UAP as its term for what commonly are known as “unidentified flying objects,” or UFOs, long associated with the notion of alien spacecraft.

US Senator Marco Rubio was instrumental in commissioning the report, ordered by Congress six months ago as part of broader intelligence legislation.

“For years, the men and women we trust to defend our country reported encounters with unidentified aircraft that had superior capabilities, and for years their concerns were often ignored and ridiculed,” Rubio said. “This report is an important first step in cataloguing these incidents, but it is just a first step.”

After the report’s release, the Pentagon announced plans to “formalise” its UAP investigation mission currently handled by the task force.

Mick West, a UFO skeptic and researcher, said the “report points largely at boring explanations, even including birds and balloons, and identified some areas where we need to improve our data gathering.”

It is not the first official US report https://www.archives.gov/research/military/air-force/ufos#geninfo on UFOs. The US Air Force conducted a previous investigation called Project Blue Book, ended in 1969, that compiled a list of 12,618 sightings, 701 of which involved objects that officially remained “unidentified.”

In 1994, the Air Force said it completed a study to locate records relating to the 1947 “Roswell incident” in New Mexico. It said materials recovered near Roswell were consistent with a crashed balloon, the military’s long-standing explanation, and that no records indicated that there had been the recovery of alien bodies or extraterrestrial materials.