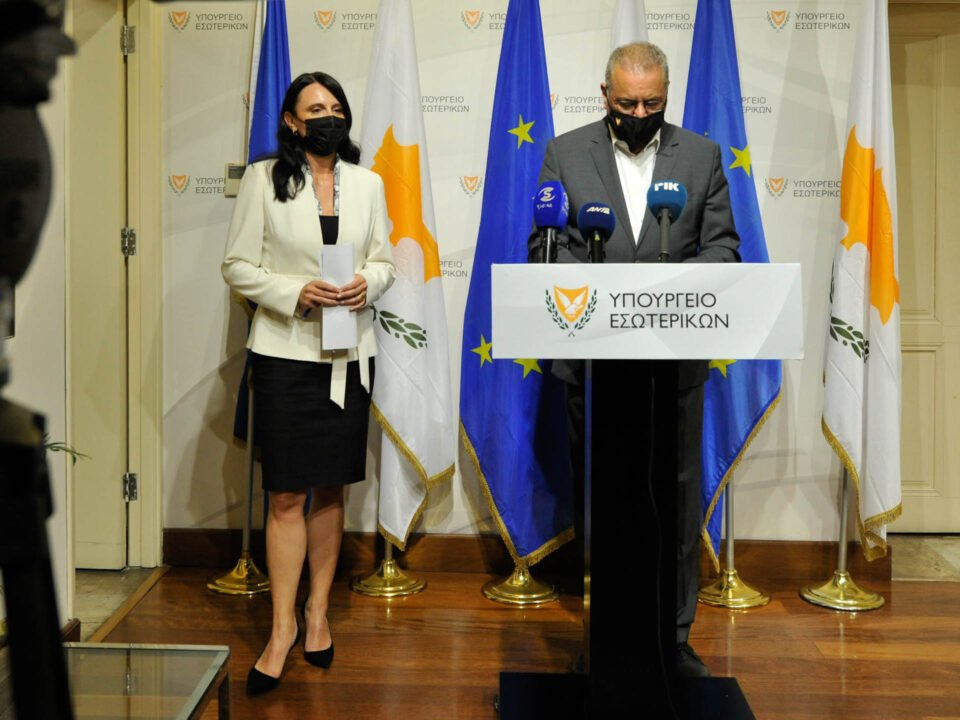 Cyprus processed a record number of asylum applications in the first three months of 2021 with the European Asylum Support Office’s (EASO) help, head Nina Gregori said during a visit with Interior Minister Nicos Nouris on Wednesday.

Gregori will be on the island for the next two days to reaffirm EASO’s support for Cypriot authorities and review the results of EASO’s operational and technical assistance plan agreed for 2020.

The agency aids Cypriot authorities in the management and reduction of pending asylum cases by helping the relevant authorities process asylum applications, improve conditions at reception centres and draft a national action plan.

Nouris said that it has collaborated with Cypriot authorities since 2014, always showing a willingness to help address increased migratory pressures.

According to EASO’s data, Cyprus issued 3,470 decisions on asylum applications in the first three months of 2021, the highest number ever recorded in this timespan since archives started being kept in 2008.

“This reflects an increase in arrivals to the country, but most importantly it reflects a more effective asylum system,” Gregori said during a meeting with Nouris.

She added that during the first five months of 2021, EASO deployed 157 personnel in Cyprus who have spent over 7,000 working days in total supporting Cypriot reception and asylum authorities, helping raise decisions by almost 70 per cent in comparison to the same period in 2020.

It is clear that the ministry is willing to work with EASO to better manage the pressures caused by increased arrivals and asylum applications, she added.

She said EASO’s goal “is to make the asylum system in Cyprus more effective, speeding up decisions while ensuring applications are processed in accordance with EU standards,” which would help lighten the financial load and allow for the faster identification of those who cannot have international protection.

Nouris told the Cyprus News Agency that during his meeting with Gregori they discussed the unique characteristics of the migration situation in Cyprus which according to him include “disproportionate migratory flows from Turkey and particularly through the north,” especially considering the buffer zone running across the island “which creates unique circumstances for irregular migration”.

Nouris later tweeted he was pleased he and Gregori “found common ground,” thanking EASO “for being our most valuable partner in our efforts for facing the continuous and disproportionate migratory pressures and flows in Cyprus”.

Gregori also thanked Nouris for his strong support for the decision to establish the European Union Agency of Asylum (EUAA), agreed by the European Council on Tuesday.

The new agency will upgrade and replace EASO and is intended to make the bloc’s asylum procedures more efficient and uniform.

Nouris said he hope the EUAA will result in improved conditions and services for countries like Cyprus.