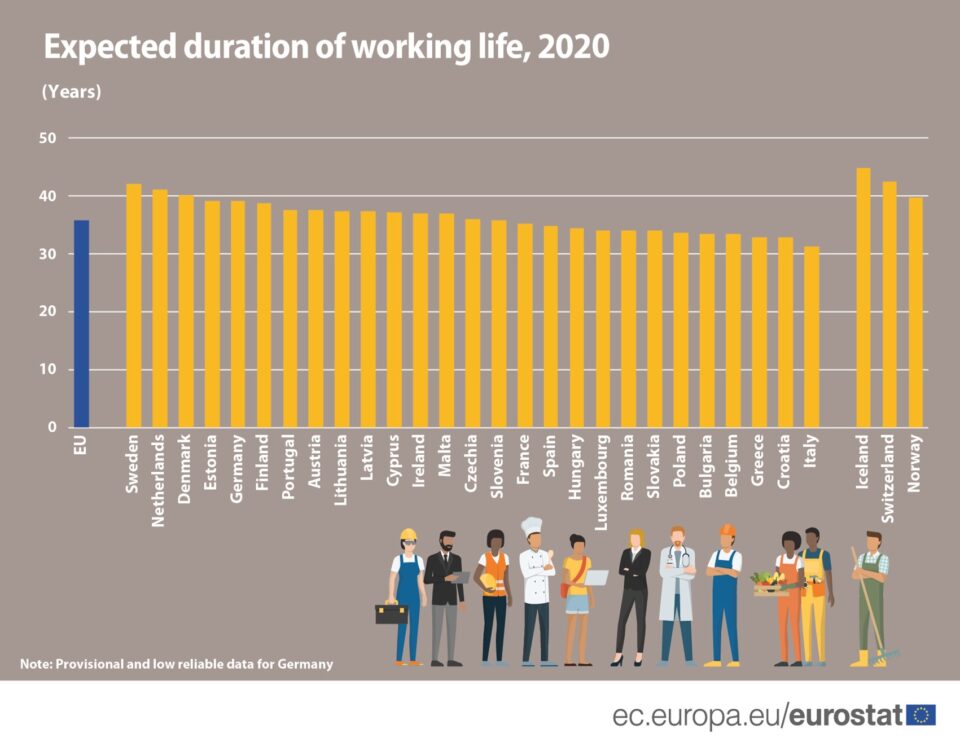 In 2020, the expected average duration of working life for 15-year-olds in Cyprus was 37.1 years, above the EU27 average of 35.7 years, figures published by Eurostat on Thursday show.

Eurostat said that the EU’s 2020 average of 35.7 years was 0.2 years less than the average for 2019, the first time since 2000 that the expected average duration of working life has declined.

The number of years that people can expect to be in the labour force (employed or unemployed) during their life course has also been impacted by the Covid-19 crisis, it said.

Among others, people who would have been available to work and would have sought employment, may have given up their search due to low return expectations, and consequently be outside the labour force, reducing the expected duration of working life.

In contrast, the shortest expected duration of working life was recorded in Italy (31.2 years) followed by Greece and Croatia (both 32.8 years), Belgium (33.4 years) and Bulgaria (33.5 years).